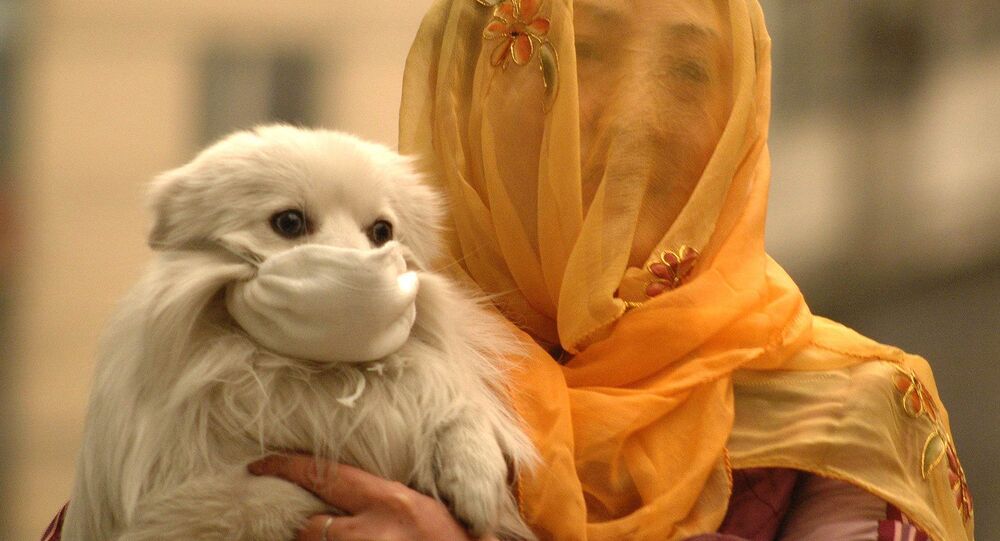 In 2009-2010, more than a quarter of a million people fell victim to the swine flu – a previously unknown strain of influenza that might have infected up to 21% of the planet’s population.

As the spread of the coronavirus has accelerated worldwide, many people have discovered or re-watched movies that look strikingly similar to the 2020 real-world pandemic. In Steven Soderbergh’s 2011 film “Contagion”, several people – from an unfortunate family in the American Midwest to journalists, doctors and government officials – find themselves in the midst of the outbreak of a terrible disease that suddenly starts killing millions. Freelance journalist, portrayed by Jude Law, describes the situation:

“On day one there were two people, and then four, and then 16. In six months – it’s a billion. That’s where we’re heading”.

Sound familiar? But despite predicting in detail some aspects of the current coronavirus pandemic (you have to watch the very final moments of the film to see the most obvious clue), “Contagion” was based on the 2009 swine flu and the earlier 2002 SARS (Severe Acute Respiratory Syndrome) outbreaks. The film’s crew consulted a top-level virologist to make depictions of the pandemic look more realistic.

It is believed that the new H1N1 influenza strain originally “jumped” from pigs to humans in 2008. Even though some US officials believed that the virus surfaced in Asia and was brought to North America by a human carrier, later studies pointed to factory farms in Mexico as its place of origin.

The symptoms of the swine flu included fever, headache, dry cough, and a runny nose. Just like COVID-19, it was a big threat for those with underlying health complications, but unlike the coronavirus, which is known to be less dangerous to younger patients, the swine flu was much deadlier for small children and pregnant women. Its complications included pneumonia and respiratory failure, with the patients’ conditions often worsening significantly within three to five days and eventually killing them.

Doctors used a variety of treatments – from antiviral therapy to antibiotics – to treat the disease. But an effective vaccine was needed to completely thwart the pandemic.

Major pharmaceutical companies in several countries entered the race to produce and test a vaccine against the swine flu and by the end of 2009, it was commercially available.

One year after the outbreak started, the US Centres for Disease Control was encouraging people to get vaccinated. Anne Schuchat, the director of the National Centre for Immunisation and Respiratory Diseases:

Just like the Spanish flu pandemic of 1918-1920, which neither originated in nor was the worst in Spain, the swine flu wasn’t a disease that was spreading from pigs to people on a regular basis. Despite its zoonotic origin – meaning that it passed the cross-species boundary from animals to humans, it was, just like other influenza types, spread through interpersonal contacts. At one point virologists even had to explain to people that eating pork does not put them in danger of becoming infected.

At the height of the swine flu pandemic, several countries, including China, Australia, Egypt, and Japan, imposed quarantine measures to prevent the spread of the disease by checking incoming travelers or locking down ships, hotels, and other facilities where outbreaks of the swine flu were detected. These measures, however, could not be compared to the scale and seriousness of the global coronavirus restrictions that have been seen around the world in 2020.