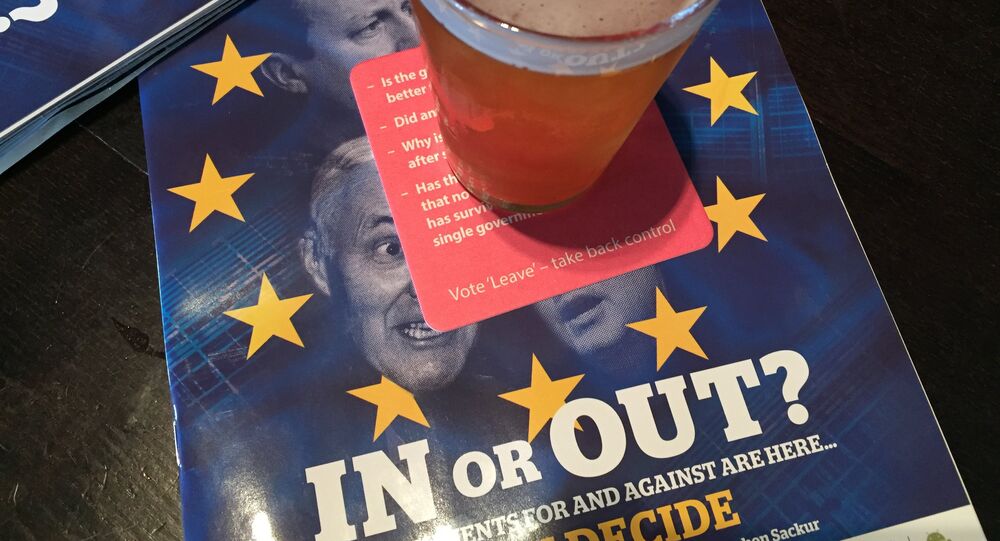 The economic argument in favour of Brexit seems to be in trouble, as the IMF, OECD, Barack Obama, and leaders of the British establishment disapprove of Britain leaving. So Brexit campaigners have returned to the migrant issue, where they know they can tap into a bedrock of emotional, semi-patriotic feelings.

Brexit campaigners are probably aware that any attempt to resort to anti-migrant feelings based on semi-racist issues will identify the Brexit campaign as being xenophobic. The new anti-migrant policies, at least those suggested by programme participant Jack Montgomery, the press officer for the ‘Leave EU’ campaign, are more subtle than those proposed by UKIP. In an interesting discussion, with John Finnie, Green MSP (Member of the Scottish parliament for the Green Party), Montgomery sets forward some arguments which surprised Finnie, and may surprise you. Excerpts from several of the main discussion points are listed below. As always with any Brexit/Bremain discussion, the topic being discussed is interlinked with other issues.

John Finnie brings up the interesting thought that migrants are not just people who come to the UK, but also people who leave the UK. For example the “many millions who live in Spain or France, who don’t face some of the intemperate language that migrants have had to face here — but not in Scotland, where they are made very welcome.” John went on to explain that historically, people from different villages were antagonistic to each other, and that he personally celebrates differences, that the world is a richer place because of them.

Jack Montgomery introduced a new angle on the migration theme. He advocated that EU membership has allowed a large number of mostly working class people into this country, which has lowered minimum wages and made it easier for unscrupulous employers to exploit people. This, Jack said, is having an adverse effect on employment conditions for everybody. John Finnie reacted to Jack’s statement by saying that he didn’t know that ‘Leave EU’ was particularly interested in workers’ rights. John added that the EU has been at the forefront in promoting workers’ rights and conditions. Migrants come here to work, EU immigrants contributed 64% more in taxes than they received in benefits, John said.

As regards the idea floated by leading Brexit campaigners over the past week, that Britain should introduce a point based qualification system for migrants as in Australia, both John Finnie and Jack Montgomery expressed that this is a good idea, with John making the point that it should be used to increase migration, not decrease it. John also talked about the need to cancel the ban on foreign graduates from UK universities staying on and working in the UK, this would go a long way to addressing the skills needs of Scotland, he said.

The discussion transgressed sideways into the EU’s trade policy with poor countries. Jack Montgomery stressed that the EU is itself guilty of prolonging poverty in some countries because of discriminatory trade policies, which then has the knock-on effect of creating migration to the UK. John’s reaction to this was that if we leave the EU, then we will be trading with the EU on its terms, rather than on the UK’s terms.

I [John Harrison] made the point that EU migrants may not actually want to come to the UK if we leave, because there will not be very many jobs to be secured as the economy; after turning away from the EU and being treated less favourably the US, will be in bad shape. Jack Montgomery said that this is a ‘slightly pathetic and defeatist’ attitude, and John Finnie replied that Jack’s commentary sounded like ‘Rule Britannia but don’t vote unless you are with me.’

To the suggestion that the anti-migrant sentiment is connected with the resurgence of patriotic feelings, of the idea of Britain for British, Jack Montgomery replied that it is unfair to say that people who are for Brexit have a problem with migrants — actually they don’t he said. The point is, Jack said, is that migration is out of control, however he did comment that there would be a problem in terms of a threat in terms of the indigenous population’s national identity if very large numbers of people came over, and we will see ghettos. John Finnie acted strongly to the use of words like ghetto and pointed out how powerful language is.

Many other important issues were brought up in this programme concerning migration. If you have read this far, please listen to the programme!