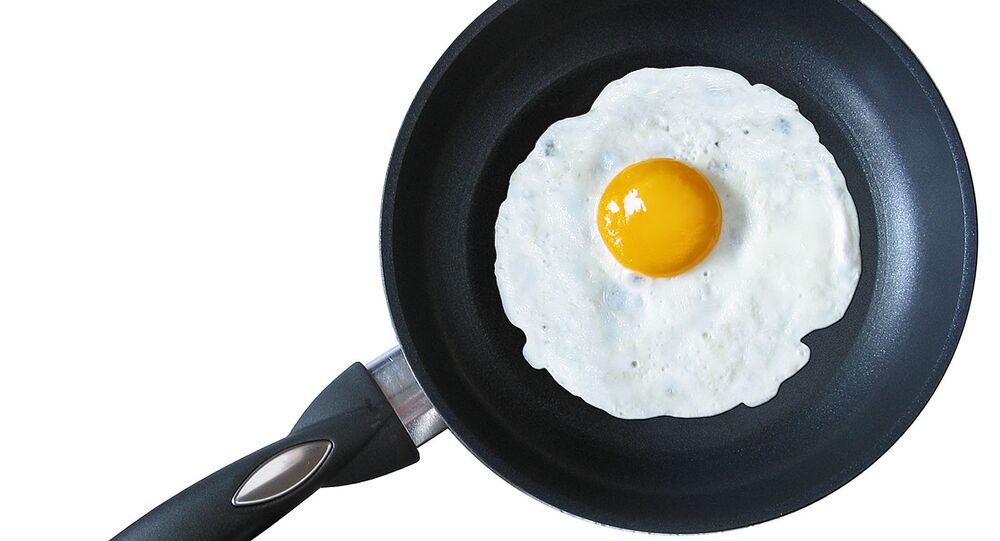 Genius is one percent inspiration, ninety-nine percent perspiration, said Thomas Edison, boasting that none of his inventions came by accident. And yet some major discoveries can be attributed to chance. Follow our series Accidental Discoveries to witness the successful "1%" of inspiration.

You know, sometimes it seems surprising how we, as a species, managed to survive this long. I'm not talking about catastrophic asteroid impacts, world wars or plagues. I'm talking about infomercials. In reality they portray us as unapologetically and indisputably clumsy, and incapable of living our lives with the tools we have, thus leading us to believe we need better solutions to everyday problems — especially when it comes to cooking! It's astonishing how many doodads, thingamajigs and various ‘improvements' to kitchen accessories vendors push on us, claiming they're the next big thing in food preparation. In reality, there are a few milestones in the world of cooking, and some of them, in fact, have found themselves in this category unexpectedly.

Who hasn't heard about Teflon? The name, unlike things cooked on it, is really stuck in our lives. It's real name is Polytetrafluoroethylene — not as appealing, is it? Teflon is a brand name given by DuPont Co, the company which discovered the compound. It was discovered by Roy Plunkett, an American chemist, when he was working for the company. This is what Plunkett says about the fortunate lab accident which led to the wondrous compound:

On the morning of April 6, 1938, Jack Rebok, my assistant, selected one of the TFE cylinders that we had been using the previous day and set up the apparatus. When he opened the valve — to let the TFE gas flow under its own pressure from the cylinder — nothing happened. We unscrewed the valve from the cylinder. I carefully tipped the cylinder upside down, and out came a whitish powder down onto the lab bench… more out of curiosity I suppose than anything else, we decided to cut open the cylinder. When we did, we found more of the powder packed onto the bottom and lower sides of the cylinder.

TFE stands for Tetrafluoroethylene — which correlates to the scientific name of Telfon, as you might notice. The cylinder's coating was found to be oddly slippery. Apparently the iron in the cylinder acted as a catalyst and allowed the TFE gas to polymerize at high pressure. The slippery substance was found to be quite useful — but before it found its way to cookware, it was used by the military. The Manhattan Project, which created the first atomic bombs during World War II, used Teflon to coat valves and seals in the pipes holding highly reactive uranium hexafluoride at the uranium enrichment plant in Oak Ridge, Tennessee — otherwise they would deteriorate too quickly. Other, more peaceful applications soon followed, such as fishing equipment.

It was only in 1954 that the wife of French engineer Marc Grégoire asked him to apply the material he had been using on his fishing tackle on her cookware. Thus he created the first Teflon-coated, non-stick pans, which eventually became a common household item. Roy Plunkett later looked backed on his discovery. In the March-April 1963 edition of the Journal of Teflon, he's quoted as saying:

"I feel that something I worked on has been of great personal benefit to people. Not just indirectly, but directly, to some real person whom I know. At a social affair, I was introduced by a doctor friend of mine to a man who'd been suffering from a heart defect. 'See that fellow dancing over there?' asked my friend, 'He's alive today because he's got a piece of your plastic in his heart.' That sort of makes the occasional discouragements of research a lot easier — I believe I've been more than just helpful; I've made a real contribution."