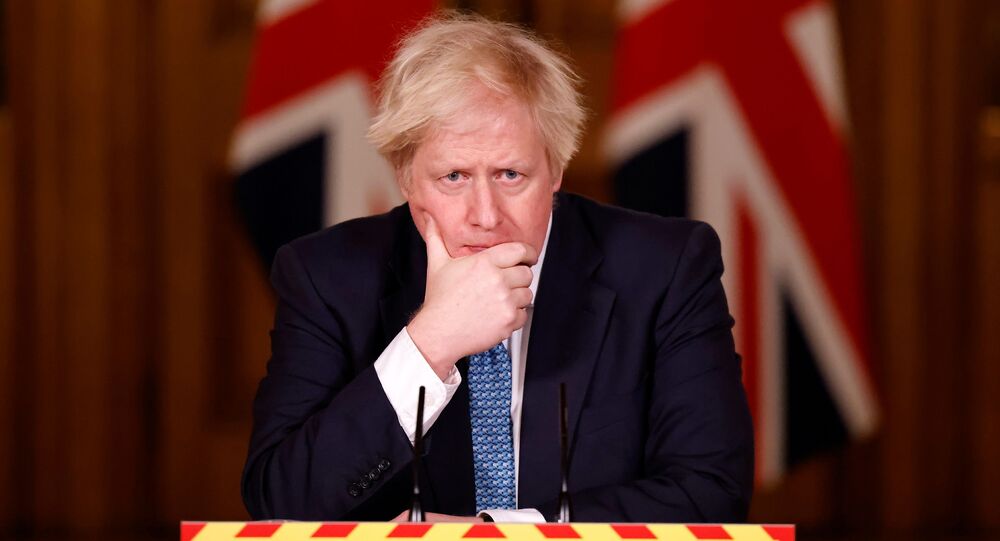 10 million jabs and Boris standing up to the bully boys of the EU has to be applauded and is wonderful to see.

However, for the life of me I can’t understand why Boris is doing all this for our security but is effectively leaving the UK’s front and back doors wide open.

He is performing the first job of any PM in protecting his citizens but at the same time he’s leaving us all vulnerable to this new Covid mutant.

It’s completely barmy that our airports are still open, wide open, to all comers and that the dinghies are still landing at Dover by the back door. Both must be stopped NOW.

According to The Times newspaper, Sage warned Boris weeks ago that the borders needed to be fully closed - and he ignored them!

I thought that his mantra since last March was ‘we follow the science’?

Now we have the ridiculous scenario where we are going to knock on the doors of 80 thousand households and test for the South African variant. I’m not against this tactic but what's the point if the front door is still wide open?

Sage wanted all borders closed, and not this limited red list of countries that can fly in without being quarantined.

Worse still, even for the countries that do require hotel isolation, it’s not even starting for another two weeks on February 15th. By my reckoning that’s nearly 2 months since the South African variant was first identified!

Forgive me but I thought that Matt Hancock warned last night that this variant is much more contagious and that you should stay at home if you have got it.

How does that ‘doomsday advice’ square with the airport delay?

Where’s the sense of urgency?

Where’s the sense of urgency on the hotel front, they’re all flipping empty so why aren’t they ready now?

Where’s the urgency on returning the Dover dinghy brigade as soon as their feet hit the sand?

Instead we’re putting them up in military barracks where they show their appreciation and gratitude by burning them down and rioting!

However, the question is when are you really going to do something to stop it, Priti?

Meanwhile, an easier task would be to immediately follow the example of Australia, New Zealand, and even The Isle of Man and close and secure our borders to all visitors, whether legal or not, whilst we get the jabs out and find out exactly what the situation is with the South African variant.

To be fair to the Home Secretary she argued for this but again Boris overruled her and the scientists, and came up with his limited list.

However, I am firmly on the side of the Home Secretary, the Labour Party, and even Nicola Sturgeon on this.

All passengers coming in must be shoved in a hotel at their cost. This single policy would be the best and most efficient deterrent for stopping foreign travel.

Nicola Sturgeon says she will do this anyway in Scotland but that’s part of the problem, as I have been saying for nearly a year now, we need a UK wide approach to this pandemic.

How ridiculous in a country like ours that we have four different approaches to dealing with the problem. Can’t they all just put party politics to one side and serve all the people of the United Kingdom?

It’s great that lockdown is clearly working as cases are dropping and death rates are coming down but we must not make the same mistake that we made in the first lockdown when we clearly relaxed too early.

It worries me that Boris is now talking about us all going on a summer holiday this year and that schools could be back in the next few weeks.

Let me be clear there’s no way kids should be back in the classroom and there should be no relaxation of the lockdown until our Government has secured our borders right across the UK.

He also needs to get on top of compliance even though the majority of Brits seem to be following the rules; he must deal with those who do not.

Self-isolation will never work fully until he addresses the fact that 3 million excluded have still not received a penny from the Government and believe that they cannot self-isolate as they will be skint!

However, again he seems to have no sense of urgency on this issue and you’ve got to ask why?

Boris, please stop talking about summer holidays and deal with the problems of today. We are all sick to the death of lockdown but most people will put up with it if we are making progress, real progress but if you gamble again and release us for it only to reappear a few weeks later the electorate will never forgive you.

The Isle of Man is back to normal because they introduced a strict lockdown from day one in March last year and they also closed their borders. I know it’s a small island but the principle is the same as we are an Island too.

We are in this position today because of the mistakes of yesterday.

Boris may have recovered from Covid but he is still suffering from severe dithering and delaying.

We need to find a cure for this urgently.