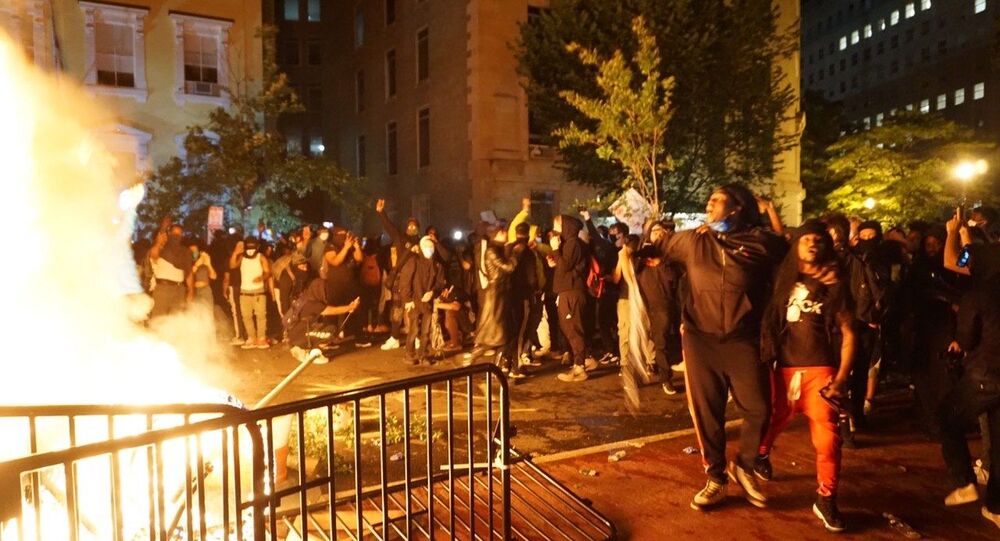 Katie Hopkins is an embarrassment to humanity. A thoroughly horrible woman with reprehensible right-wing and reactionary views who delights in insulting others and spreading malicious rumours and lies designed to hurt her targets.

She has a long record of revolting insults and has found herself defeated in courts and sacked from jobs for telling lies and breaching norms of human decency. The fact she attempts to live off her uncouth racist rants and rancid anti-working-class views places her at the very bottom of the human species. Earlier this week she attempted to steal some of Marcus Rashford’s deserved limelight by attacking the very principle of free school meals but was well taken down by many Twitter users.

However, today’s newspapers report that she has been permanently banned from Twitter for violating their “hateful conduct” policy and although I feel like smiling with joy I find myself feeling uneasy. Many of us declare our support for free speech but often I worry that what we really mean is the freedom to say anything as long as we are comfortable with it. Surely the difficult part of the free speech principle is being able to also tolerate the views you find abhorrent. If someone commits an offence in print by threatening violence or inciting violence against another human being, they should be criminally charged. If someone prints harmful lies against another, they should be subject to a defamation action. But often our objections to what reprobates like Hopkins write are based on opinions and views we hold, not questions of law.

Whose Twitter Conduct is More Dangerous – Hopkins or Trump?

Katie Hopkins is a vile individual and I will never defend her or her views. However, what is more “hateful conduct”? Hopkins tweeting ignorant and pathetic racist views to her 1.1 million Twitter followers or Donald Trump deliberately using incendiary language related to past racist atrocities with his “…when the looting starts, the shooting starts”… Tweet of 29th May to his 82.2 million followers which Twitter was compelled to tag with a “glorifying violence” red flag or his disgusting and violence provoking tweet of last night effectively promising potential protesters they faced physical attack if they showed up in the vicinity of his speaking venue?

“Any protesters, anarchists, agitators, looters or lowlifes who are going to Oklahoma please understand, you will not be treated like you have been in New York, Seattle, or Minneapolis. It will be a much different scene!”

I believe Donald Trump is more guilty of “hateful conduct” on Twitter and considerably more dangerous than pathetic Katie Hopkins yet she is permanently banned while he receives a few mild rebukes. I am not arguing for Trump to be banned but I am arguing that there is a stronger case for banning him in relation to the “hateful conduct” Twitter rules than Hopkins. And herein lies the nub of the dilemma.

If we ban Hopkins from Twitter for her vile racist, right-wing and hateful spite ridden views how long before those of us on the left find ourselves in the firing line? There is no moral equivalence between the right and left in my eyes. The right base themselves on promoting hate, intolerance, and fear while the left promotes love of humanity, tolerance of diversity and hope for a better world. But that is not how those on the right of the political spectrum view things.

I would prefer a policy combination of taking Hopkins down when necessary, ignoring her generally and boycotting mainstream media outlets that give her an amplified platform to spout her bile than according to her the martyrdom of being banned. Banning ideas is dangerous and counterproductive. Banning practices is equally fraught with danger.

There is a perfectly worthwhile public petition in Scotland which was sent to me today by a good friend. It calls for the banning of Orange marches and has so far attracted over 15,000 signatures. Intuitively I am attracted to that petition. The annual Orange marches which take place across central Scotland each year are jamborees of hate and abuse directed particularly against the Roman Catholic faith and many of its institutions. Chapels, priests and Catholic parishioners are regularly abused verbally and sometimes physically.

Although not a practising Catholic or believer in God I was christened a Catholic and both my wife and daughter are adherents of that faith. The Orange Order once counted a membership of more than 80,000 but a combination of education, religious integration and enlightened maturity has seen its numbers dwindle to less than a quarter of that number. Yet every June and July many communities in Scotland are still subjected to the displays of Catholic hatred in memory of a battle that took place over 300 years ago involving a King who counted among his allies in 1690 the very Pope of Rome the Orangemen so enthusiastically debase in blissful ignorance of the real circumstances of that much-celebrated battle.

I detest the Orange marches and despair at the fear and intimidation they cause but rather than ban them I would impose more stringent and active regulation. The stupidity and ignorance which spawns bigotry can be and must be challenged but banning Orange Marches would set a dangerous precedent that could and would be used against other marches in support of minority views and opinions.

Orange marches should be routed away from city centres and barred from passing chapels. They should be made to assemble in and disperse in open parks where only those who want to hear ignorant rantings will hear them. Anyone guilty of breaching anti-sectarian, anti-racist or anti-terror laws should be subjected to criminal charges and dealt with accordingly. It should be recognised that if the Jewish or Muslim faith were subjected to the same level of public abuse and hate annually it would be considered an outrage. While a convinced atheist I respect the right of others to practice their religion free from oppression or abuse.

Bans Are Often Necessary but Must Be Applied Wisely

Banning fox hunting, trophy hunting, the use of white asbestos, the public sale of deadly airguns and combat knives, child labour, torture, fracking, discrimination on the grounds of race, colour, religion or sexual orientation are all things I would agree with banning but beware the road we begin to travel when the likes of Katie Hopkins are banned from a social media platform and Orange Walks are banned from streets. More stringent regulation of social media platforms is necessary and stricter regulation of Orange marches is long overdue, but bans would provide short-term glee leading to longer-term regret in my opinion.