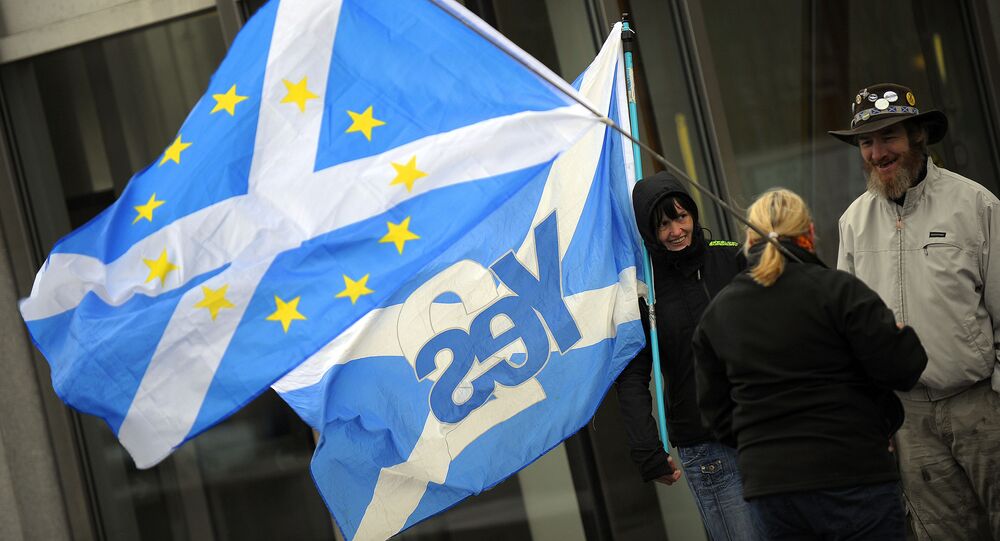 Faced with one of the most incompetent, dishonest and despised Tory governments in UK history the Labour Party in Scotland seems determined to extinguish its political presence and become as important to the Scottish people as a brush is to a baldy man rather than win support back from the working-class communities which have abandoned them.

As the ruling body of the Labour Party in Scotland gets set to assemble in Edinburgh on Saturday it is widely expected they will commit political hara-kiri by setting themselves against the right of the Scottish people to determine when a second independence referendum should be held.

Throughout my adult life in Scotland, the Labour Party was always the dominant political force. It used to be a working-class badge of honour to support Labour as they were perceived to be on the side of the workers while the Tories represented the bosses and the toffs. Indeed, only ten years ago at the May 2010 General Election the Labour Party won 42% of the votes cast and secured forty-one of the available fifty-nine Westminster seats. At that same election, the SNP won only 20% of the votes while the Tories were on 16.7%. Labour in Scotland were completely dominant and apparently unassailable. Their 42% vote share in 2010 was a 2.5% increase on the share they claimed in 2005.

Labour Support in Scotland Has Melted Like Snow from a Dyke

Yet since that 2010 General Election Labour Party support in Scotland has crumbled spectacularly. From 42% in 2010 to 24.3% in 2015, 27% in 2017 and only 18.5% in December 2019. The most recent YouGov opinion poll with detailed analysis of voting intentions in Scotland shows Scottish Labour stuck firmly in third place at only 15% support, a full ten percentage points behind the Tories.

Labour in Scotland is on a political life support machine and in danger of slipping into an irreversible political coma unless it gets to grips with the question which has dominated Scotland and Scottish politics over the last six years with a vengeance. That issue is independence. Scotland’s right to break from the British union and become an independent nation once again. The 2014 Scottish independence referendum was an incredible exercise in political engagement with hundreds of thousands attending marches, public meetings and becoming social media warriors for either the YES or NO side in the debate. The 84.6% turnout is the highest in any election or referendum in modern UK history and although the YES side won only 45% and failed to triumph it ignited a passion and thirst for change which has only increased in the face of successive Tory governments being foisted upon a country that steadfastly rejected them during the last six years.

Labour in Scotland wrapped themselves in the British union jack flag of historic oppression and exploitation during the 2014 referendum. A flag which represented years of narrow chauvinism and haughty arrogance dipped in rich hypocrisy and super-exploitation. Scotland was too stupid, too poor, too timid, too small and too dependent on others to stand on her own feet as an independent nation was the constant message. Pensions would be threatened, jobs would be lost, membership of the European Union would be removed, and years of political instability would be ushered in by a YES vote. Six years on and only those blinded by irrational unionist ideology can fail to see that it is remaining part of Britain, not independence, which represents the biggest threat to Scottish pensioners, jobs and political stability. Removal of Scotland from the EU against her expressed democratic will in 2016 now beckons within six months.

Despite their haemorrhaging of support from the people in Scotland, the trade union movement has stuck by the Labour party. This often reflects a lack of democratic discussion and debate within the rank and file of the trade union membership in Scotland as it is clear the majority would prefer their unions backed the SNP, not Labour. However, after an actual consultation with members, one of Labour’s biggest backers swung behind the idea that Scotland’s people and Parliament should decide when IndyRef2 is called, Labour in Scotland is to declare firm opposition to that idea preferring servile obedience to Westminster and British unionism instead. They are political idiots of the highest order and they deserve to go down with the good ship Scottish Labour when it sinks completely as it surely will.

The political funeral arrangements for Labour in Scotland will effectively be prepared this weekend as their determination to defend Britain rather than prioritise Scotland will be their undoing. However, the SNP hierarchy would be foolhardy not to heed the lessons inherent within Labour’s rapid demise in Scotland. Currently, they are riding high in terms of electoral representation and opinion polls. That is welcome and positive. But goodwill does not exist in a vacuum.

Support for the SNP is based on their commitment to Scottish independence. Should the SNP fail to use the four democratic mandates it has already sought and achieved for IndyRef2 then just as rapidly as electoral support from them rose it can also evaporate. The SNP represents a cause. The cause of independence. Should it deviate from that cause, its support base will rise in anger and either change the course of SNP action or find a new vehicle for that cause. The Scottish independence cause is bigger than any one political party or individual and the well paid and comfortable army of SNP MPs and MSPs should never forget that fact.