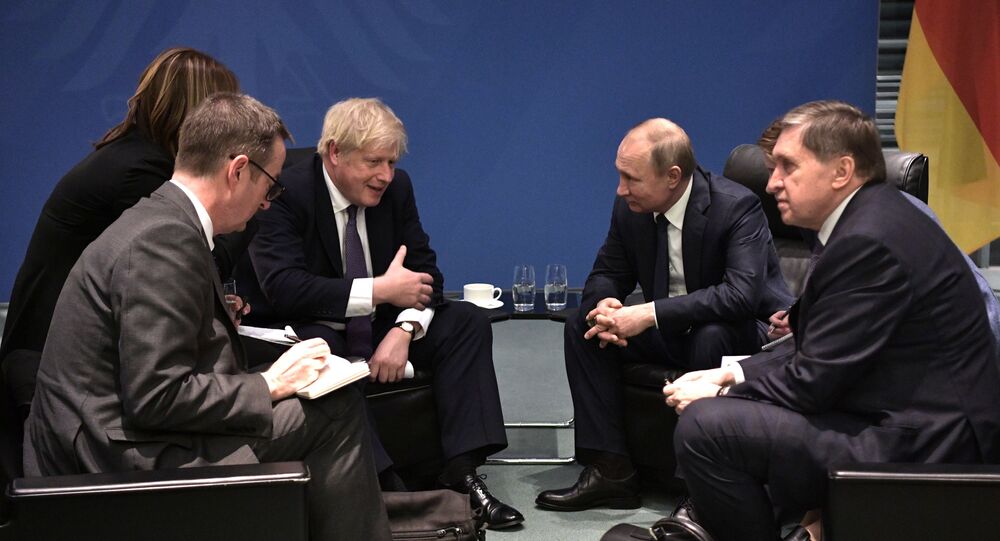 Pioneer of European integration Richard Coudenhove-Kalergi thought Europe would be better off without Russia and Britain. A contemporary of his, Heinrich Mann, begged to differ. Now that Brexit is a fact, Coudenhove-Kalergi's vision has finally become reality.

Heinrich Mann and his brother Thomas Mann were the most prominent German intellectuals of the interwar period. Most aficionados of European literature are still familiar with the name of Thomas Mann, but his brother Heinrich seems to have sunk somewhat into obscurity. Heinrich Mann nevertheless stood at the cradle of the European integration process. He advocated for a "United States of Europe".

Most Europeans will be more familiar with the name of another pioneer of European integration: the Austrian-Hungarian Richard Coudenhove-Kalergi, founder of the so-called Pan-Europa Movement. No wonder. There's a Coudenhove-Kalergi Europe Prize.

Every two years, this prestigious prize is awarded to personalities who have significantly contributed to the project of a united Europe. The award is conferred by the European Society Coudenhove-Kalergi, founded in 1978 in honour of "the great European visionary".

The list of laureates includes, among others, Jean-Claude Juncker, president of the European Commission (2010), Angela Merkel, chancellor of Germany (2010), and Ronald Reagan, president of the US (1992). In 2018, the prize was awarded posthumously to the so-called "Heavenly Hundred", the victims of the protests on Maidan Square in the Ukrainian capital Kiev.

But there's another reason why many are still familiar with the name Coudenhove-Kalergi. In recent years, one of his books, Praktischer Idealismus (Practical Idealism), has become an object of controversy on social and alternative media. In the book, which came out in 1925, Coudenhove-Kalergi sets out his vision for a "Eurasian-Negroid race of the future" that "will replace the diversity of peoples with a variety of personalities".

This has led some to believe that there is such a thing as a "Kalergi Plan" that's actually being rolled out through mass immigration from Africa and the Middle East in order to undermine the ethnic, cultural, and national identities of native Europeans.

To prove their point, they refer to, among others, former UN migration chief and EU Commissioner Peter Sutherland, who called on the EU to "undermine national homogeneity", and former German Minister of Finance Wolfgang Schäuble, who declared that "seclusion would plummet us into inbred".

"This bears an uncanny parallel with the 'open door' immigration attitude to North African and African countries that we have seen throughout the EU Member States. Would the Commission assure my constituents that current EU immigration policies do not reflect and are not part of the 'Kalergi plan'?"

There's no proof European elites are working on some secret plan set out by Coudenhove-Kalergi. But it's as clear as daylight that with Brexit, at least in one respect, the Europe that Coudenhove-Kalergi envisioned in his book Pan-Europa has finally become a reality: a united Europe without Russia and the UK, or a "Little Europe", as he called it.

In his Pan-European Manifesto, published in 1923, Coudenhove-Kalergi described Russia and Great Britain as "world empires". They didn't need to be part of a "Pan-European" community, because they were perfectly able to stand on their own feet - while other European states were dependent on each other, "destined to either perish together or to rise again".

Coudenhove-Kalergi also saw practical problems for both "world empires" to become part of a federal Europe. He found that Europe would be better off without Britain, or "England" as he called it, because of its presence on five continents. At that time, Australia, Canada, South Africa, and India still belonged to Great Britain. "Europe wouldn't be Europe anymore but an intercontinental world empire", Coudenhove-Kalergi argued in his book Pan-Europa (1923).

Furthermore, he noted that Great Britain was connected to the US, as well, through "language, blood and culture", and maybe even stronger than to the European continent. This could lead to dual loyalty.

© AFP 2020 / OLI SCARFF
This file photo taken on March 29, 2017 shows a pro-remain protester holds up an EU flag with one of the stars symbolically cut out in front of the Houses of Parliament shortly after British Prime Minister Theresa May announced to the House of Commons that Article 50 had been triggered in London on March 29, 2017.

Coudenhove-Kalergi didn't want to welcome Russia either, because he thought the country posed a military threat.

"While Europe is divided into twenty-six states and even more sovereignties, Russia forms a unified political complex", he wrote in Pan-Europa. "Its territory is four and a half times the size of Pan-Europe and the number of inhabitants twice as large as that of the most populous European nation. No European country can militarily match an organised and industrialised Russia".

Russia's embrace of Bolshevism had added an extra danger, Coudenhove-Kalergi argued. "Its leaders have declared the destruction of European democracies". He, therefore, concluded: "The main goal of European politics must be the prevention of a Russian invasion. There is only one way to prevent this: bringing Europe together".

Moreover, by introducing Bolshevism, Russia had "broken with the democratic system" and had therefore "alienated itself from Europa", Coudenhove-Kalergi wrote.

No Europe without Russia and Britain

Coudenhove-Kalergi's contemporary Heinrich Mann begged to differ. He feared German nationalism more than Bolshevism or Russian imperialism. He called for resistance against National Socialism, both before Adolf Hitler seized power and afterwards when he was in exile.

His principal political aim was for France and Germany to work towards economic unity in order to secure peace and to prevent Europe from becoming an "economic colony" of the US or a "military colony" of Asia, as he described it in his 1924 essay V.S.E.

History proved Mann right. It was not Russia that led Europe into another war; it was Germany. Also, European unity is still relevant to prevent European countries from being squashed between the US and Asia.

He could not imagine a united Europe without Britain and Russia. "There's no Europe without the birth ground of Shakespeare", he stated. He also considered Russia "economically and intellectually indispensable to us".

Mann was a Realpolitiker, a pragmatic thinker. He thought Europe couldn't afford to keep Britain and Russia at a distance - and especially not Russia. "Europe exists only including Russia", he wrote in 1932. "The exclusion of Russia, which certain nationalists consider, would virtually be an immediate declaration of war".

To keep the peace, European countries should welcome Russia into their midst. Because of its geographical position at the centre of Europe, Mann saw Germany as uniquely suited to act as a mediator between Russia and Western Europe.

"We have to hold up the middle ground between our neighbours in East and West, and not only in geographical terms", he wrote in his 1927 essay Ein Geistiges Locarno (A Locarno of the Spirit). In the same year, he expressed the same idea again in another speech in Paris, in French, where he regretted his inability to speak Russian. "Germany must never again become the enemy of Russia".

Still, there is no Heinrich Mann Europe Prize. There's only a Coudenhove-Kalergi Europe Prize. But this is something that might change. It would be a logical thing to do: to award those who have made an effort to make Europe a common home to all of us, no European country excluded.