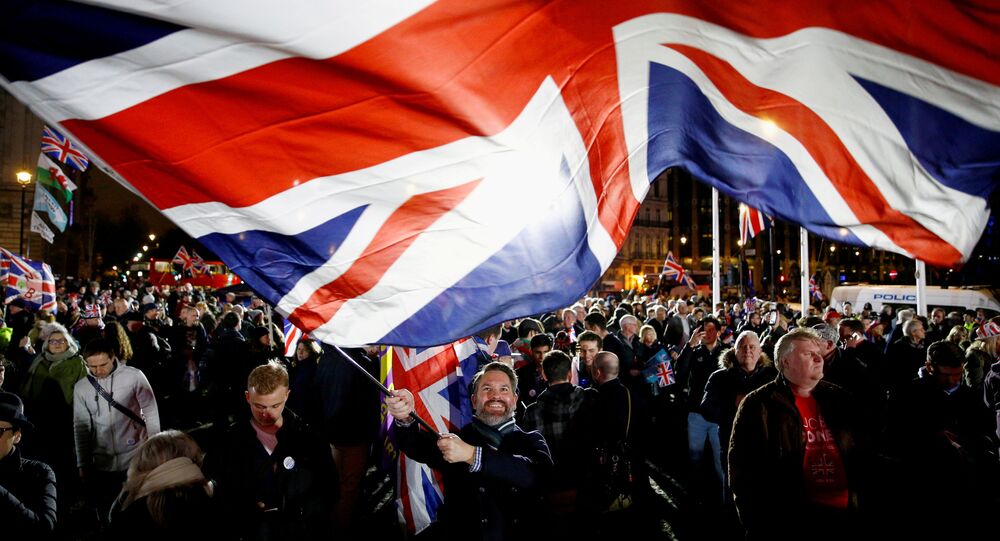 'Get Back to Normal'? – Not the 'Normal' of Grotesque Inequality

For the fifth Thursday night in a row, my wife, daughter and I stood in our front garden and joined the hundreds of others on our street and the millions across Scotland and the UK to applaud, bang pots and pans and compress car horns for the frontline health and care workers who face the dangerous battle against COVID-19 daily.

It is a small act of solidarity with, and appreciation for, ordinary men and women who do extraordinary tasks in their line of duty to care for the victims of this horrible virus and protect the rest of us from contracting it. We salute every one of those workers.

However, before going to my garden last night I watched the evening news bulletins and heard much talk from politicians about "getting back to normal". Tory Health Minister Matt Hancock talked about it last week as well and it made me think and reflect on what these politicians actually mean. What is "normal" to them?

What is the "Normal" The Politicians Talk About?

Like everyone else with children I am anxious about my daughter's education and want her back at school as soon as safely possible. I want to be able to hug and kiss my elderly mum during my brief visits to her home to prepare food for her.

I want to spend time with my sisters and in-laws and socialise together the way we used to every other weekend. I want to get back to regular 7 a side games with my mates and games of badminton and tennis at the local sports centre. I want to feel the buzz of entering Celtic Park to cheer on the best team in Scotland. I want to return to the forms of socialising we all took for granted before the covid19 lockdown. Going for a meal, shopping, seeing a movie. We are social animals. We thrive on socialising. That is a "normal" I want to embrace once again as soon as possible.

© REUTERS / HANNAH MCKAY
An ambulance is seen on Westminster bridge as the spread of the coronavirus disease (COVID-19) continues, in London, Britain April 9, 2020

But that is not the only "normal" the politicians have in mind. When they talk of "normal" they really mean the way society was ordered before the covid19 crisis and that is why I want to roar loudly and passionately that what we had before was not ‘normal’ and under no circumstances should we aspire to get back to it.

It was not "normal" for hundreds of thousands of fellow human beings to be homeless and forced to sleep rough on our streets:

"The Joseph Rowntree Foundation said that while paid employment reduces the risk of poverty, about 56% of people living in poverty in 2018 were in a household where at least one person had a job, compared with 39% 20 years ago. Seven in 10 children in poverty are now in a working family, the charity’s annual UK poverty report found".

It was not "normal" for millions, including full-time workers, to be reliant on food banks to feed themselves and their families:

"Nearly 4 million adults in the UK have been forced to use food banks due to 'shocking' levels of deprivation, figures have revealed for the first time".

It was not "normal" for annual budget cuts in the provision of healthcare, social care, and education to reduce such essential services to the point where hospital waiting times had reached record levels, NHS vacancies were running at 100,000 and schools were increasingly incapable of offering pupils a proper comprehensive education:

"Everyday headteachers are having to make difficult decisions – decisions about which basic supplies they can afford, and which staff will have reduced hours because there's simply not enough money. Since 2015 every Prime Minister has claimed to be putting more money into schools than ever before. But the hard truth is that nearly all schools in England are worse off now than 5 years ago".

Grotesque Inequality is Not 'Normal'

It was not ‘normal’ for major corporations and their billionaire owners to arrange their tax affairs so as to avoid and evade taxation and leave the low paid cleaners in their swanky head offices in London paying more to the public purse than them:

"The City financier who admitted he paid less tax than his cleaner has become chairman of Savills".

"More than 9,000 of the richest people in the UK collected more than £1m each in capital gains last year, exploiting a loophole that could result in them paying tax at a rate as low as 10%".

And there is certainly nothing ‘normal’ about providing incentives to countries with atrocious human rights records to purchase bombs and missile systems made in the UK with the benefit of huge government subsidies, so they could be used in poor countries like Yemen to murder and maim hundreds of thousands indiscriminately, including tens of thousands of children, in actions widely condemned as war crimes:

"Britain's leading arms manufacturer BAE Systems sold £15bn worth of arms and services to the Saudi military during the last five years, the period covered by Riyadh's involvement in the deadly bombing campaign in the war in Yemen… The last five years have seen a brutal humanitarian crisis for the people of Yemen, but for BAE it's been business as usual".

No Going Back to the 'Normal' Of the Rich and Powerful

None of the above is "normal". It is, on the contrary, an abnormal situation and I implore the people of Scotland, England, and Wales to declare to themselves and their families that never again will we return to that abnormal state.

This COVID-19 crisis has exposed the realities of life that the rich and powerful spend acres of space and billions of pounds covering up in "normal" times. It is not the rich and powerful who matter in society. It is not the wealthy bankers, slick stockbrokers, or billionaire hedge-fund managers and media corporation owners who add value to our lives. They are irrelevant to our lives. They live like parasites sucking wealth and riches which they have never earned and do not deserve.

© REUTERS / CARL RECINE
Workers wearing protective equipment transport a body in the grounds of the Central Jamia Mosque Ghamkol Sharif, a temporary morgue set up at a Mosque as the spread of the coronavirus disease (COVID-19) continues, Birmingham, Britain, April 21, 2020.

The nurses, the doctors, the hospital porters, the paramedics, the social care staff, the delivery drivers, the supermarket workers, the bus, train and taxi drivers, the supermarket employees, the pharmacy personnel, the posties, the teachers, the firefighters, the police officers, the musicians and live performers and millions of other low paid and undervalued workers are the ones who are essential and enrichen our lives.

The grotesque inequalities of income, power, and opportunity which dominate society like cancer were never "normal" and now that they stand exposed as the ugly carbuncle they are, they must be obliterated forever. No going "back to normal" wage poverty, public service cuts, homelessness, and endless wars.

Here in Scotland fellow freedom fighters must resolve with greater determination than ever that the unionist "normal" subjugation of Scotland must plague us no more. Britain is an outdated and unsustainable imperialist creation, not a country.

It never has been and never will be our country. We will not return to "normal" dismissal of our right to self-determination. Together we unite to defeat COVID-19 but then we unite to break the British state and set about creating a new, fairer, and much better "normal" in an independent Scotland.