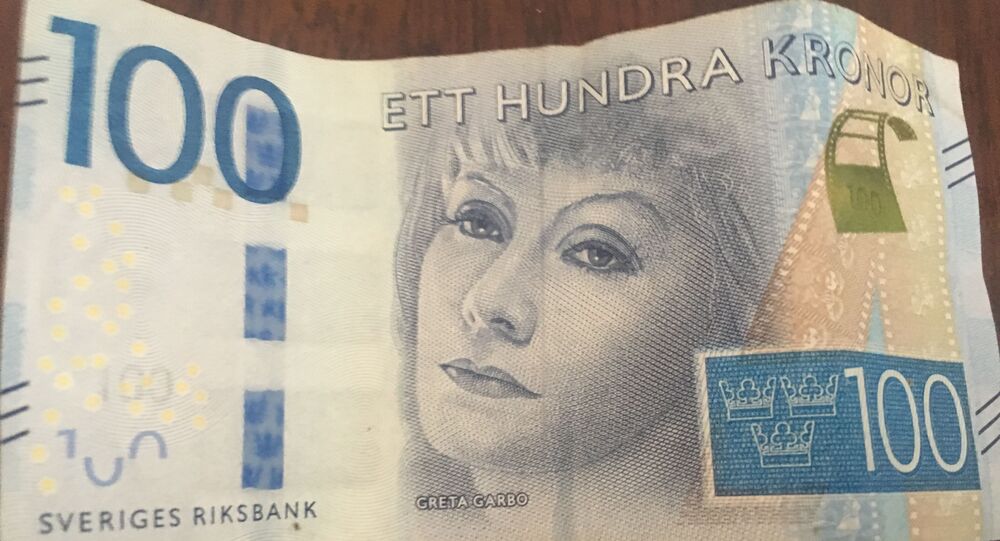 Sweden is in many ways one of the most advanced countries in the world, but is its drive to become a cashless society a model others should be following?

As a country Sweden certainly has a lot going for it. It has a high standard of living, good universal health care, genuine equality of the sexes, excellent trains and fantastic countryside.

It has very enlightened laws on animal welfare and arguably leads the world on farming standards, for example battery cages for poultry have long been banned.

When it comes to innovation the largest country in Scandinavia is usually a trail-blazer. Only this week we read about how ‘bouncy pavements’ made from recycled tyres were being trialled in three Swedish cities to prevent injuries and deaths from falling over.

That sounds a brilliant idea, which could save thousands of lives, but there’s one development in Sweden which as a Swedophile I think is not so positive. The drive to become a cashless society.

My wife and I experienced plenty of problems with this on our recent visit to the country. There are lots of places where you simply can’t pay by cash any more. You even need a card to ‘spend a penny’ (or rather 10 Kronor), in public toilets.

It’s taken as a given in Sweden that you not only have a credit or debit card but a smart phone too (and with plenty of memory on it for you to upload new apps on).

In Stockholm, you can’t just board a bus and pay by cash or card, you need to have bought an electronic smart-card pass beforehand. On the airport coaches you only get the cheaper fare if you’ve booked via an app before you travel. You can still pay on board, but only by card with the driver basically buying the ticket online for you. Suppose you arrived at a Swedish airport without a smart phone- or one with no room for anymore apps. Or a phone whose battery was low or had run out. You’d be at a considerable disadvantage. And if you didn’t bring a debit or credit card, or lost them during your travels, you’d find things extremely tricky.

For example, at the train station in Åre, Sweden’s premiere ski-ing resort, you can only buy train tickets by card, via a machine. There are no sales assistants to help you. So anyone arriving in Åre without a card and planning to go somewhere else in Sweden would be grounded.

Trying to eliminate cash from financial transactions is inherently discriminatory against those who don’t have smart phones or bank cards. It’s ironic that Sweden, which has such an excellent record on tackling other forms of discrimination- is pursuing a policy which disadvantages many of its own citizens- as well as those visiting the country.

Sweden generally looks after its pensioners very well, but the drive towards digitalising all payments undoubtedly puts old people, who are less likely to use smart phones, at a particular disadvantage. The Swedish National Pensioners’ Association has raised its concerns and rightly so.

Paying by cash in Sweden in 2020 has become an act of rebellion. We experienced this when we went to a Red Cross shop and asked the lady there if we could pay by cash. We expected the standard ‘No, sorry’, but the lady said ‘Yes’ quite defiantly and made it clear what she thought of the cashless society drive. On suspects that Greta Garbo, who features on the 100Kr note wouldn’t be too impressed either.

Swedish bank notes (which also feature such 20th icons as Ingmar Bergman, Dag Hammarskjöld, Astrid Lindgren and Pippi Longstocking), are beautifully designed, but increasingly elusive: it was reported in 2019 that the amount of cash in circulation in Sweden had fallen by over 25% in the past four years.

Britain is heading in a similar direction. Paying by cheque is impossible in Sweden, and it’s going that way in the UK too. Government Ministers have talked about the desirability of paper-ticketless railways and doing all our train bookings via smart phones. In April last year it was reported that nine out of ten rail journeys would be available via smart phone tickets by the end of the month.

The author and journalist Ross Clark has written a book called ‘The War on Cash’ detailing how the centuries-old freedom to pay by cash in the UK is rapidly diminishing.

The question we need to be asking is who benefits from this move to digitalise all financial transactions? The banks are clearly the biggest beneficiaries. Over half the bank branches in Sweden no longer accept cash deposits or withdrawals. ‘Going cashless is indeed convenient, but it is for the convenience of faceless corporations and tech giants’ says Ross Clark.

Paying for everything by card, or via a phone app means that every financial transaction can be recorded. There’s a positive side to this but also a negative. The Big Brother side of it can’t be ignored. Also, the more purchases we put on our credit card, the bigger our bills will be- and then, what happens if we forget or miss our payment?

Of course, given the new technology available to us, card and app payments are going to increase. But to make it a level playing field for everyone, the paying by cash (or cheque) option should always be maintained and those prefer to use these traditional methods should not be penalised. There’s so many good things we could and should be copying from Sweden. Taking everything into consideration, moving towards a cashless society isn’t one of them.