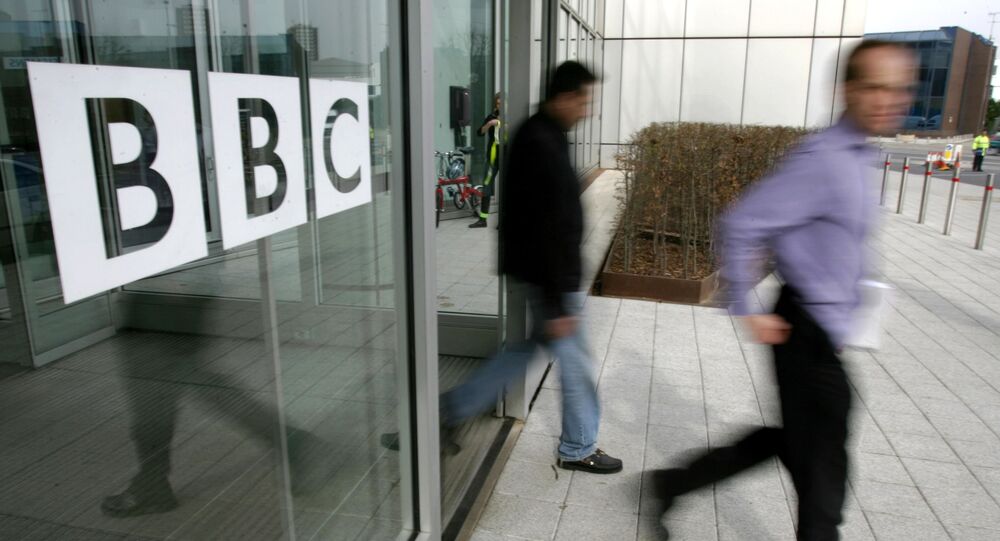 I am having Turkey for Christmas but I understand that the bigwigs at the BBC are having goose. In fact, they’ve been cooking their own goose for ages now.

The Andrew Neil row and his three-minute rant about Boris not giving him an interview would appear to have been the final straw that will break the camel’s back in terms of the licence fee continuing and could even threaten the very future of the BBC.

As Boris would say the BBC is ‘oven ready’ for massive reform and it cannot come a minute too soon for me and millions of Brits.

The simple plain facts are that the BBC is stuffed full of liberal thinking social democrats to be polite or common purpose cultural Marxists if I am being rude.

I should know as I worked for them for years and saw this gradual creep towards a social justice warrior agenda that no one in the UK has ever voted for.

I realised, over my 20 odd years in the BBC, that it isn’t about left or right bias it is purely a London centric liberal bias which has increasingly become more and more out of step with the wider population, who ironically pay their wages through a compulsory licence fee.

This is the reason they were so wrong, along with the rest of the broadcast media, about the referendum result and indeed the Boris landslide last week.

The Game is Up

They might hire and equip expensive coaches and go on grand tours around the UK to ‘listen to the people’ but the point is that it is all controlled and we never get to hear the real views of the population, especially if those are views are unpalatable to the ‘group think’ of the BBC wine bar set.

Even now the BBC still think that they are untouchable and that the general population still support them because David Attenborough is good at making documentaries about whales. They ignore the scathing criticism of the salaries and bias of so-called stars like Gary Lineker whilst they rob OAP’s of their free TV licence.

© Photo : lottie.lion/instagram
Former 'Apprentice' Contestant Reportedly Bashes BBC for 'Ruining Her Life' Over Racism Row
They believe that the licence fee will continue for ever. However, millions have already voted with their wallets and are no longer paying for a licence as they are claiming they no longer watch live TV. Nearly three and half million people have stopped paying since 2017 and 880 thousand licences were cancelled in 2017-2018 alone!

The BBC need to wake up and smell the coffee (probably a Fair-Trade Latte in their case): the game is up!

Boris is consulting on whether people who do not pay the £154.50 licence fee for watching television or BBC's iPlayer should be prosecuted, fined up to £1000 or even jailed.

It is clear what his intention is. He wants to create a situation where there is mass licence fee evasion and therefore the fee can no longer be a realistic way to fund the BBC and thus it will have to move to a subscription basis.

The BBC believe that they are safe until 2027 when their Royal Charter will be renewed but like King Canute trying to hold back the tide they are being overwhelmed by a tsunami of Netflix, streaming, social media Amazon and a general mistrust of the BBC when it comes to balance and impartiality.

Quite simply a compulsory licence fee cannot be either justified or workable in the multi-platform age and once the fee or tax is taken away the BBC will inevitably crumble.

Confusion in the Dressing Room

BBC Newsreader, Huw Edwards has been fighting back on behalf of his employer. He has his finger in the metaphorical dyke to stop the flood, criticising a 'toxic cynicism and accusations of bias from all sides' undermining the BBC.

His point seems to be that because the BBC are being accused of bias from all sides they must be doing something right?!

He also thinks that the accusations of bias from all sides are designed to undermine trust in Britain’s institutions. is half right but the lack of trust in institutions like the BBC, Government and political parties is actually a direct result of the way these institutions have behaved over recent years. Has Hugh forgotten the MP’s expenses scandal, the Jimmy Saville cover-up and the row about taking away OAPS’ TV licences?

It is laughable when he says "There is a refusal to entertain an alternative point of view; there is a desire to embrace only those sources which confirm your own ‘worldview’ or ‘groupthink’; in short, it’s ‘biased’ if it challenges your own bias. It’s unhealthy and profoundly damaging".

© CC BY 2.0 / Coffee Lover
BBC Political Editor Under Major Fire After Falsely Claiming Labour Activist Punched Tory Aide
However, this could be a description of the whole world view of the BBC and particularly of shows like Question Time and Newsnight. The presenters regularly snort derisively or shout down any right of centre viewpoint or guest.

If you are invited on to give the alternative view to the BBC’s ‘worldview’ or ‘group think’ it is always clear, within seconds, that you are only on to be ridiculed or portrayed as the little Englander or worse, a racist.

Edwards also criticised the "poison of the social media age" where people see bias in anything with which they disagree. However, he needs to stop and ask why?

Perhaps millions in the UK don’t see the world through the same lens or rose-tinted spectacles of you and your BBC colleagues Huw?

Perhaps Huw, the BBC have, in football terms, lost the dressing room; they’ve certainly lost the vote of confidence from their former Chairman Lord Grade who criticised them in print this week over the Andrew Neil rant about Boris.

Huw attacks the newspaper industry and whines about the fact that the broadcast media and the printed press have different regulations with regard to impartiality.

He is right to point this out but unfortunately it is clear that he does not understand that impartiality is impossible in the multi-platform social media age.

He should understand this from the outcry, just a free weeks ago, when he liked a couple of tweets attacking the Tories over the NHS and there was the predictable twitter outrage and questions about his own impartiality.

It is time to recognise that the regulation for print and broadcast has to be aligned. People are big enough and clever enough to choose how they take their news and to recognise bias.

People like Huw Edwards and the BBC as a whole may bitch about impartiality but they don’t really want the rules and Ofcom scrapped as they know that would remove the need for the BBC and they are not daft as that really would be like Turkeys voting for Christmas.