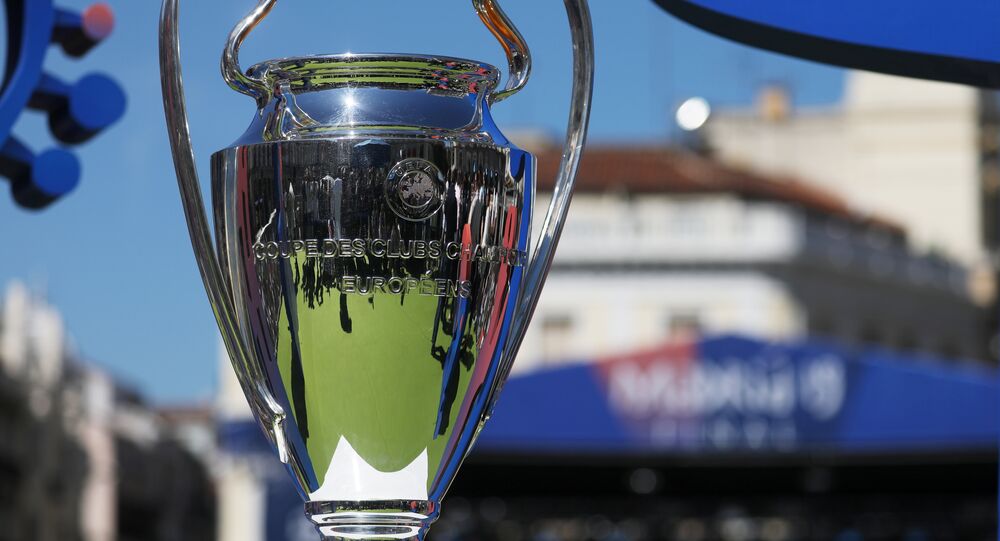 Talk about 'Super Saturday'. This weekend sees not only the final of European football's most prestigious club competition, The Champions League, but also the running of the most famous Flat race in the world, the Epsom Derby.

How can the stats help us find the winners of both contests?

On Saturday night at the Wanda Metropolitano Stadium in Madrid, Liverpool take on Tottenham Hotspur in the first all-English Champions League final since 2008 and only the second of all time.

© AFP 2019 /
Will The UEFA Champions' League Final be a Breakthrough Moment For YouTube?
Liverpool are the hot favourites and the trends certainly favour them. Spurs are in the final for the first time and no rookie finalists have won the Champions League since Borussia Dortmund in 1997. Five have reached the final since then and all five have failed.  There has only been one new name on the trophy this century, Chelsea in 2012, who were playing in their second final.

Liverpool by contrast will be playing in their eighth CL/European Cup final and have won the competition five times.

Generally in Champions League finals when you have a team with such a pedigree against 'new kids on the bloc' it's the former which wins though's it's often pretty close.

Let's take a look at the Liverpool-Spurs head-to-heads. This season Jurgen Klopp's team beat Spurs 2-1 home and away but the game at Anfield in March was close and only an injury-time own goal gave Liverpool victory. The year before the teams drew 2-2 at Anfield and Spurs thumped Liverpool 4-1 at home. But that victory was their first win against the Reds since 2012 and historically Spurs' record against Liverpool isn't great with just 48 wins to Liverpool's 82 wins from their 172 meetings, stretching back to 1909.

Moreover Liverpool come into the game in much the better form. They have won 13 of their last 14 games.  Spurs by contrast have only won one of their last five.

READ MORE: Ajax On Verge of Champions' League Final But Against Barcelona or Liverpool?

The Londoners' chances however will be bolstered by the likely return of talismanic striker Harry Kane, who has scored four times in eight games against Liverpool and their supporters will be praying that Jurgen Klopp's final 'jinx' strikes again. The charismatic German is great at getting teams to finals, but  he has lost the last six he has contested, including his last three in Europe.

Another point in Spurs' favour is that much more pressure will be on Liverpool. It's true that the club haven't won a trophy since 2007, but they have over-achieved by getting to the Champions League final. For Liverpool though, defeat will be even harder to swallow given that they attained 97 points in the Premier League season without winning the title.

© AFP 2019 / Geoffroy Van Der Hasselt
PSG 'Crowned' as Champions League 'Bottlers' After Collapse Against Man Utd
While a Spurs victory is perfectly possible and can't be lightly dismissed,  Liverpool, when everything is taken into consideration, remain the likeliest winners.  Bearing in mind that both teams have scored in seven of their last eight meetings, and that both teams have also scored in the last eight Champions League finals, another 2-1 win for the Reds is a scoreline that makes particular appeal.

Moving on to the Epsom Derby,   due off at 4.30pm BST on Saturday, trends can once again come to our assistance to help us pick the winner from the 13 runners.

Firstly, we need to discuss the draw. It's proved quite significant in the 1m4f Blue Riband event, with no horses drawn 1 or 2 winning this century, and no horse drawn 1 finishing better than fourth. At the same time, horses drawn on the wide outside don't have a great  record either.   The best place to be drawn in stalls 7-10, with stall ten providing no fewer than nine winners since 1986. Since 2009 there has only been one year (2014) when at least one horse stalled 7-10 didn't make the first three and in two of the last four years two horses stalled 7-10 placed.  So if you back all four horses drawn 7-10 each-way the stats suggest you'll be unlucky not to get at least one placed.

Regarding starting-prices, horses in the first three in the betting have a good record, though the last two years we've seen winners at 40-1 and 16-1.

Aidan O'Brien is the trainer with the best record in the race, having won it six times (and four times since 2012), but he has had an awful lot of runners (seven again this year) and it's not always his most obvious entry which obliges, as we saw from Wing of Eagles' success in 2017.

Now let's take a closer look at the field.

No winner of the Lingfield Derby Trial has won this since 1998 but this one is trained by Aidan O'Brien and he's well drawn in 7 which has produced one winner (when there were also 13 runners in 2011) and three places since 2011.

Beat the subsequent Dante winner Telecaster at Doncaster first time out this year and trainer Andrew Balding says 'we're every excited about his chances'. Could be better drawn in 12 though.

Nicely drawn (8) runner who comfortably won the Derrinstown, won by two previous O'Brien Derby winners, last time out. Makes plenty of appeal and  it's not hard to see him sweeping to success.

Dee Stakes winner at Chester last time, this is another Aiden O Brien's runner, ridden by Frankie Dettori, a dual Derby-winning jockey. Not discounted given trainer's record with longer priced horses in this and he's nicely drawn in 5.

Only rated 87 and faces a massive task on these terms.

Drawn in 9, which produced the 2016 winner, so can't entirely dismiss from an each-way point of view,  but only won a novice stakes at Salisbury last time and so needs to show considerable improvement.

Was staying on over 1m2f in the Dante and should improve a lot for that run, his first of the season; definite place possibilities but from a win perspective not well drawn in 11 which has produced no winners in the race since starting stalls were introduced in 1967.

Represents last year's winning connections  but in the stall one which hasn't produced the winner for 20 years.

Staying on at the end of the 2000 Guineas over 1 mile gives some hope he'll stay this far, not badly drawn in 6 where last year's runner-up came from, and so an each-way possible.

Aiden O'Brien runner ideally drawn in the plum number 10 berth; likely to be staying on at the finish and could well outperform his odds, though he does has eight lengths to make up with stable-mate Sir Dragonet on their Chester running.

Supplemented for this after romping home in the Chester Vase, (six of the last ten winners had won their previous race and he is trained by Aiden O'Brien, so lots to like),  negatives are the wide draw (13) and the fact he didn't race as a juvenile (only one winner since 1993 has bucked that trend).

Another Aiden O'Brien runner, has to improve, but not entirely discounted from outperforming his odds considering Wings of Eagles success at same price two years ago and he was staying on well at the finish of the Derrinstown, over 1m2f.

Supplemented at a cost of £85K for this after impressive Dante success, (a trial which has produced five winners of the Derby since 2000). A horse of undoubted ability but Hughie Morrison's representative hasn't been lucky with the draw as there's been no winner from stall 2 since starting stalls were introduced in 1967.

Verdict: A  tough contest to call, with several looking to have good chances but the one who makes the most appeal is Broome as he's better drawn than fellow market leaders Telecaster and Sir Dragonet. Anthony Van Dyke also has plenty in his favour from stall seven while Norway,  from 'lucky' stall ten, is among a number of O'Brien's other runners who could reward each-way support.