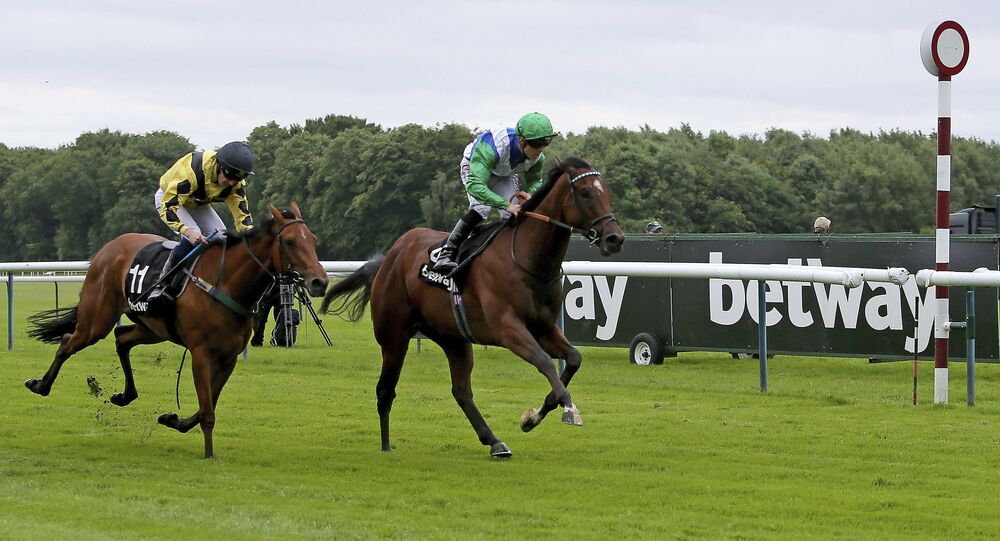 Haydock Racecourse in Merseyside stages the eagerly-awaited first Grade 1 chase of the season in Britain on Saturday (3.00), with last year's Cheltenham Gold Cup 1-2 Native River and Might Bite heading a small but select field in the Betfair Chase.

The race itself is worth £200,000, but if a horse wins it, and then goes on to win the King George VI Chase at Kempton at Christmas and the Cheltenham Gold Cup in March, its connections receive an additional £1m. Not bad, eh?

The bonus has only been won once — in 2006-7 by the legendary Kauto Star, which tells you how hard it is to achieve. In 2015-6 Cue Card came agonisingly close: he won the first two legs and was going very well in the Cheltenham Gold Cup, but he crashed out at the third-last fence. It was probably the most expensive fall in racing history.

We hear from Dan Cooper talking about the going, weather forecast and racing ahead of this Saturday’s @Betfair Chase Day… pic.twitter.com/0i2HcTmSVI

Trends for the Betfair indicate that it's a major advantage to have had a recent run. This year though, mainly because of the lack of rain, all five runners are making their seasonal debuts.  Older, more experienced horses have done well in the race, with six of the last ten winners being aged nine or over. Usually the contest is a slog in the mud, but this year the going is currently good-to-soft with no rain forecast at Haydock before the off.

Rather looking forward to Saturday's trip to Haydock and seeing this lot in action again. #BetfairChase pic.twitter.com/oHlPKRZmdH

Let's take a closer look at the five runners and their chances.

Nicky Henderson's star chaser, who has won six of his last seven races, is a worthy favourite. He bypassed this last year but ground conditions will be more to his liking this time. He was outstayed by Native River up the Cheltenham hill in the Gold Cup but this shorter trip on a flatter track could help him gain revenge.  Four of the last five favourites who were making their seasonal debuts in the race were beaten- but against that, every runner this year is having its first start of the campaign.

Gold Cup winner in March from the bang-in form Colin Tizzard stable who have had 14 winners in the last 14 days and who have won this race three times before with Cue Card. Rated 4lbs superior to Might Bite and so on that basis you could say he represents some value. The better ground and less demanding stamina test though might just tilt things in favour of his rival.

Has an imperious record at Haydock, winning all three of his races there by an aggregate of 111 lengths, with his successes including a 57l romp in this race last year. So clearly this is his track, but his wins have come on heavy (twice) and soft (once) and his performances on better ground have not been so stellar. Connections still think he'll go well but he could have done with more rain.

Top-class staying hurdler who made a brilliant transition to fences before injury intervened. Has never run at Haydock but has won eight times before on good or good-to-soft ground. Could go very well indeed for Team Tizzard but it would be some training feat having him ready to win this after an 11-month lay-off.

Only a six-year-old, but he did win on the card twelve months ago and his trainer Paul Nicholls has won the race six times since 2006. Improving, but he's still rated 19lbs inferior to Native River.

Moving on to the rest of the excellent Haydock card, Vintage Clouds rates a decent each-way bet  in the 1.15. Sue Smith's chaser, currently available at around the 10-1 mark, has form figures at Haydock which read 122232 and his record on this particular card is 122. He was second in this race last year, behind Clan Des Obeaux who now contests the Betfair Chase. Note Vintage Clouds is also entered in the 3.35.

In the 1.50, Lady Buttons, who won quite impressively on good ground at Wetherby earlier in the month, should go well again, while backing Theo's Charm each-way in the 2.25 could pay dividends. Nick Gifford's charge was second in the race off a mark of 130 in 2016, and third behind the highly progressive Sam Spinner off a mark of 137 last year. He's running off 135 this time, so should make the frame at odds of around 10-1.

The Premiership returns after the latest international break, with the most mouth-watering clash of the weekend undoubtedly the top-four encounter between Tottenham and Chelsea at Wembley on Saturday tea-time. The trends stats favour Chelsea remaining unbeaten as they have lost just two of their last eight matches against their London rivals.

Quite unusually the top two, Manchester City and Liverpool, are both in action on Saturday at 3pm, with the Citizens away at West Ham and the Reds away at Watford. Both will be disappointed if they don't pick up the full three points.  On Sunday lunchtime, sixth-placed Bournemouth, who have been faltering slightly of late, entertain fifth-placed Arsenal, while Burnley, with only one home win all season, host improving Newcastle on Monday, in what is likely to be a low-scoring affair. In Scotland just three points separate the first five in a thrilling title race, but Celtic will be confident of maintaining top slot with an away win at Hamilton. St Johnstone, who are up to fifth, will be going for their sixth successive win to nil at home against Kilmarnock, after being thrashed 6-0 at home by Celtic in October. That's some way to bounce back!

Two weeks ago I managed to predict correctly the scorelines in three of the six Premier League games on the Saturday, at odds of 162.5-1 and only a late Man City goal on Sunday prevented the four-timer.

This year the going is currently good, good-to-soft in places, with no rain forecast at Haydock before the off.

Here are my predictions. You can leave yours in the comments section. Good luck!