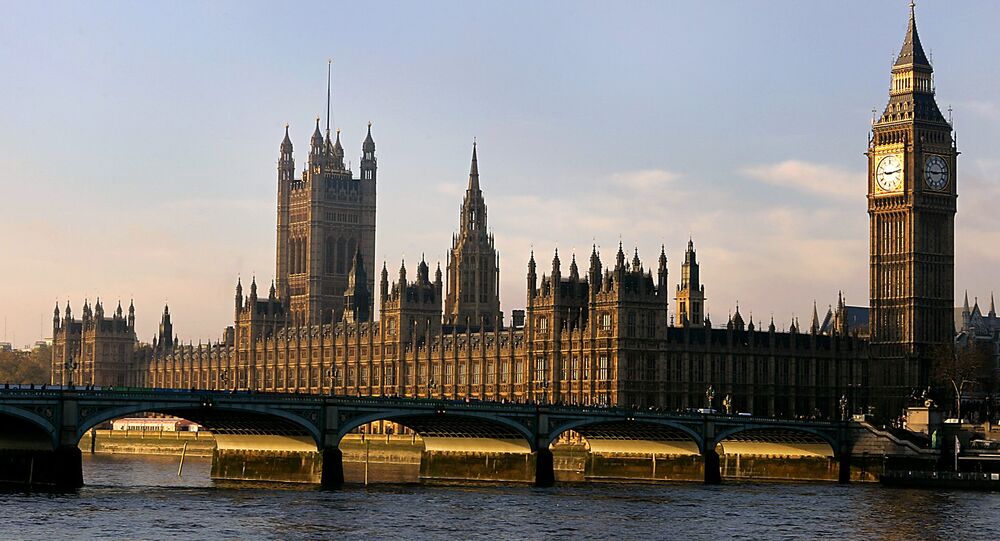 Repeat after me: Jeremy Corbyn is Enoch Powell. John McCain is Mother Teresa. Frank Field is Clement Attlee. Gordon Brown is 'one of the towering campaigning politicians of the last 50 years' .

We're expected to believe some pretty absurd things at the moment, aren't we?

Patrick Hamilton's 1938 play Gas Light, in which a wicked, manipulative husband gets his wife to doubt her memory and her sanity was meant to be thrilling entertainment, ideal fare for a foggy autumnal evening.

Instead, it's become a 21st-century instruction manual for the elites.

All kinds of psychological pressure is being exerted on us to accept things we know simply can't be true.

© Flickr / The Weekly Bull
'Champion of Peace': Israel’s Arab MPs Back Jeremy Corbyn in Antisemitism Debate
Let's start with the relentless campaign of vilification against Labour leader Jeremy Corbyn. The gaslighting here involves us accepting that this life-long anti-racist campaigner, who was once arrested for protesting outside the South African Embassy during the era of apartheid,  is a vile racist, intent on stirring up tensions between different groups. He's 'the new Enoch Powell' (or, as one commentator claimed at the weekend, even worse than Enoch Powell).   The proposition is so absurd, so fantastic, in the formal sense of the word, that you'd doubt anyone would even try and make it. But they have.

Then there's the beatification of the late John McCain. My memory of McCain is of a bloodthirsty war hawk who called for military action against a large number of countries across the world. A man who joked 'Bomb Bomb Bomb Bomb Bomb Iran' to the Beach Boys tune 'Barbara Ann', when asked what he would do about the Islamic Republic.  A man who called repeatedly for air strikes on Syria.

But watching the memorial service to McCain,  it appeared that the Senator for Arizona was the Greatest Human Being Who Ever Lived, a combination of Jesus, Mahatma Gandhi, Mother Teresa and the Tooth Fairy.

© Sputnik
John McCain's Funeral - A Time for Remembrance or a Time to Attack?
If you dared question this beatification, you were showing 'disrespect' for the dead. Again, we were being asked to doubt our memory. Was McCain really the foaming-at-the-mouth warmonger we thought he was? Or did we get him mixed up with someone else?

Then there was the elevation of veteran backbench MP Frank Field to ' Labour giant' status, after he resigned from the party whip, citing concerns over 'antisemitism'.

Just a few days after Jeremy Corbyn was compared to Enoch Powell, an MP who was actually an affectionate admirer of the late Tory MP, was being toasted for his 'principled stance' over Labour Party 'racism'.  Again we were being gaslighted- to accept the proposition that an Enoch Powell fan was so concerned about the 'racism' of a man who, er, had just been compared to Powell.   If Jeremy Corbyn really was 'the new Enoch Powell', then surely Frank Field would be supporting him?

Former British Prime Minister Gordon Brown is another whose past has been rewritten. When he led the country, from 2007-2010, he came under constant heavy shelling from 'Inside the Tent' commentators, keen for a Tory government. Brown was the worst Prime Minister we'd ever had. He was likened to the accident-prone Mr Bean.

The public seemed to agree: the Labour Party under Brown's leadership only got 29% of the vote in the 2010 election, the party's second-lowest vote share since 1918. But now, ten years on, Brown is lauded by ITV's Political Editor Robert Peston as 'one of the towering campaigning figures of the last 50 years'.  The political loser, who we were meant to laugh at, is now a colossus. We should all be listening to him and acting on his advice. And what's led to this remarkable turnaround? Why, Brown weighed in to the current anti-semitism row in Labour against Corbyn- and with a call for the party to adopt the full IHRA definition.  We're expected to forget that we were told that Brown was 'Gordon Bean', now we're meant to regard him as our guru.

We're also being gas-lighted in relation to the Skripal poisoning case. Six months on, we still haven't seen cctv footage, nor indeed any evidence to back up the UK government's bold assertion that it was 'highly likely' Russia was responsible for whatever happened.

Anyone who looks at the 'official narrative' with an open mind will come to the same conclusion- namely that it doesn't add up.

© AP Photo / Toby Melville/PA
The Strange Silence of Sergei Skripal
But mention that you've got doubts, and you run the risk of being labelled a 'conspiracy theorist' a 'crackpot' or a 'Russian stooge'. The gaslighters have various techniques of trying to silence dissent.  Ridicule is one. Marginalisation is another. Just consider how few mainstream journalists you have read have voiced doubts over Skripal. But they know, or must know, that the UK government line has more holes in it than a slab of Swiss cheese.  They're just too scared to come out and say it.

It was the same with the claims that Iraq had WMDs in 2003. It was simple logic to conclude that if the Americans and the British had genuinely believed Saddam possessed WMDs which could be assembled and launched within 45 minutes, they would not be talking about invading. Because at the first sign of an invasion, the Iraqi leader would surely launch his WMDs.

Again though, enormous pressure was applied, by politicians and their media accomplices, to convince us that our leaders really did think Iraq posed a threat. We were being gaslighted to accept a ludicrous proposition- namely that the US and UK — having claimed Iraq had WMDs, would do the one thing that would provoke Iraq to use said WMDs.

Gaslighting works on the personal and collective level.  Around ten years ago I received regular gaslighting communications sent to my blog trying to convince me that I was a' fake', a  'fraud' and a 'failure' who had been 'banned' by a number of newspapers. It wasn't true, but the messages were sent to try and destroy my self-confidence.

We see gaslighting on the collective level when supporters of Jeremy Corbyn are told that they are 'hard-left extremists' and/ or 'antisemites'. In fact they're just normal, decent people who want an economy that works for the many, not the few, cheaper rail fares, good schools and hospitals and an end to a foreign policy of endless war. 'Antisemites' wouldn't vote a Jewish activist, Jon Lansman, into third place in the recent NEC elections, would they?

Get a grip #C4News
I'm not hard left but a dull mum of 2 and teacher who loves an early night in my PJs. I happen to want a decent welfare state — education, health care, some sensible housing and transport policies, and maybe not going to war every 5 minutes. #NEC #BackNECcode

We also see collective gaslighting when peace protestors are labelled a threat to 'national security' and when someone like John McCain- who is a genuine threat, is called 'a warrior for peace'. We see it when Russia is blamed for Brexit or for helping to fix the US Presidential election for Donald Trump.

Gaslighting has always been around, but it definitely seems to be getting worse as the cracks in the Establishment's edifice, which we're not meant to notice,  grow ever wider. To avoid being gaslighted- just trust your own judgment and your own common sense. Jeremy Corbyn isn't Enoch Powell. John McCain isn't Mother Teresa. Frank Field isn't Clement Attlee. Gordon Brown isn't Mr Bean, and he isn't a 'towering campaigning figure' either. And Iraq didn't have WMDs, which is why of course they invaded.