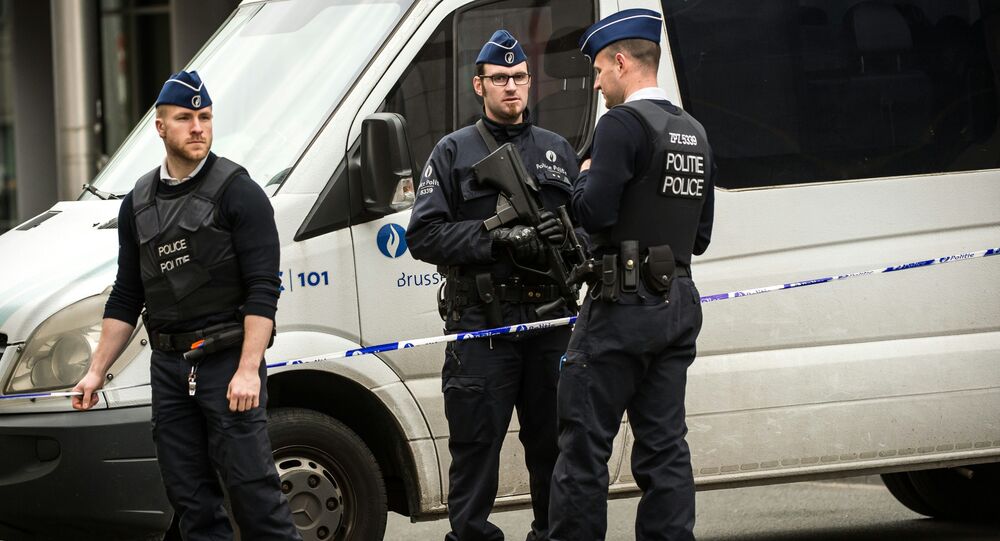 Why Western Outrage Following the Brussels Terrorist Attacks Is Useless

These terrorist attack now happen in Europe with the regularity of clockwork. In 2015 Paris witnessed two. Now it is the turn of Brussels.

The pattern of response to each of these terrorist attacks is always the same. Western governments express shock and outrage.  Security is tightened. The weeks pass and everything goes back to what it was before.

Never is any discussion allowed of Western policies that might have played a role in creating conditions for the terrorist attacks.

The policies are those the Western powers have followed in the Middle East for decades.

The first is the failure to promote a viable solution to the long running Israeli-Palestinian conflict.

The second is the disastrous policy of regime change Western governments have pursued in the Middle East since 2000.

The third is the West's habit of manipulating local jihadi terrorists in order to achieve its geopolitical goals.

© AFP 2021 / Mauricio LIMA
What is Utterly Wrong About Washington's Foreign Policy Doctrine
The key Western country is the US and though its key allies — Britain, France, Saudi Arabia, Germany and Turkey — have all played their part it is to the US that one must look for a rethink.

The Israeli-Palestinian conflict is indeed difficult. However the reason it has festered for so long — poisoning the whole Middle East in the process — is because the US has never really sought a solution to it.

Instead of being genuinely even-handed it has tilted towards Israel, in the process strengthening the hardliners within Israel whilst undermining those many Israelis who support a compromise.

The regime change policy meanwhile involves overthrowing those very Middle Eastern governments that have been the major force of stability in the region. This despite the fact that most of them were or wanted to be the US's friends.

President Putin set out the consequences in his recent speech to the UN General Assembly:

"Instead of bringing about reforms, aggressive intervention rashly destroyed government institutions and the local way of life. Instead of democracy and progress, there is now violence, poverty, social disasters and total disregard for human rights, including even the right to life."

The chaos has in turn created a power vacuum the jihadis have filled.

© REUTERS / Francois Lenoir
Twin Explosions Hit Brussels Airport: 13 Dead, 35 Injured
Whereas in 2000 the jihadis were an isolated fringe, today they control territories the size of countries and have a presence in every state of the Middle East and beyond.

Worse still despite all the evidence of their anti-Western violence the Western powers seem incapable of dropping their habit of trying to manipulate them.

We are now seeing this most starkly in Syria and Yemen where the Western powers have effectively allied themselves with Al-Qaeda affiliates in their battle to overthrow local secular governments as part of the regime change policy.

This is a pattern which goes back all the way to the catastrophic policy of supporting violent jihadis to overthrow the secular Soviet backed government of Afghanistan in the 1980s.

As President Putin also put it in his speech to the UN General Assembly:

"It is hypocritical and irresponsible to make declarations about the threat of terrorism and at the same time turn a blind eye to the channels used to finance and support terrorists, including revenues from drug trafficking, the illegal oil trade and the arms trade.

It is equally irresponsible to manipulate extremist groups and use them to achieve your political goals, hoping that later you'll find a way to get rid of them or somehow eliminate them.

I'd like to tell those who engage in this: Gentlemen, the people you are dealing with are cruel but they are not dumb. They are as smart as you are. So, it's a big question: who's playing who here?

This is the sort of clear-headed thinking that is needed if the very real threat jihadi terrorists pose is to be overcome.

It is a bitter truth that in the West it is nowhere to be found.  Until it is the risk jihadi terrorists pose will not go away and all the protestations of shock and outrage we will shortly hear from Western governments following the latest terrorist attacks in Brussels will amount to nothing.