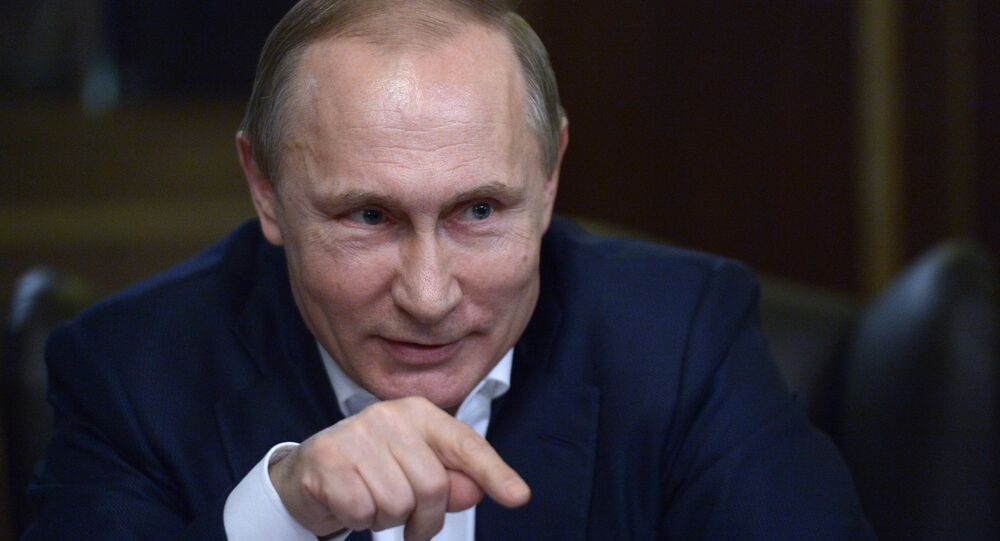 American presstitutes, such as the New York Times and the Wall Street Journal, expressed surprise at Russia’s support for the Syrian ceasefire, which Russia has been seeking, by Putin’s halt to attacks on the Islamic State and a partial withdrawal of Russian forces.

The American presstitutes are captives of their own propaganda and are now surprised at the failure of their propagandistic predictions.

Having stripped the Islamic State of offensive capability and liberated Syria from the Washington-supported terrorists, Putin has now shifted to diplomacy. If peace fails in Syria, the failure cannot be blamed on Russia.

© Sputnik / Russian Defence Ministry
Realpolitik: Russia's Pullout Paving Way to Political Settlement in Syria
It is a big risk for Putin to trust the neocon-infested US government, but if Daesh (Islamic/ISIL/ISIS) renews the conflict with support from Washington, Putin’s retention of air and naval bases in Syria will allow Russia to resume military operations.

Astute observers such as Professor Michel Chossudovsky at Global Research, Stephen Cohen, and The Saker have noted that the Russian withdrawal is really a time-out during which Putin’s diplomacy takes the place of Russian military capability.

With Daesh beat down, there is less danger of Washington using a peace-seeking ceasefire to resurrect the Islamic State’s military capability.  Therefore, the risk Putin is taking by trusting Washington is worth the payoff if the result is to enhance Russian diplomacy and elevate it above Washington’s reliance on threats, coercion, and violence.

What Putin is really aiming for is to make Europeans realize that by serving as Washington’s vassals European governments are supporting violence over peace and may themselves be swept by the neoconservatives into a deadly conflict with Russia that would ensure Europe’s destruction.

© Sputnik / Mikhail Klimentyev
US Media Revives Concerns That Putin is Again Outmaneuvering Obama in Syria
Putin has also demonstrated that, unlike Washington, Russia is able to achieve decisive military results in a short time without Russian casualties and to withdraw without becoming a permanent occupying force. This very impressive performance is causing the world to rethink which country is really the superpower.

The appearance of American decline is reinforced by the absence of capable leaders among the candidates for the Republican and Democratic party nominations for president.  America is no longer capable of producing political leadership as successive presidents become progressively worse. The rest of the world must be puzzled how a country unable to produce a fit candidate for president can be a superpower.

Russia's Withdrawal From Syria Should Not Impact Ukraine Related Sanctions