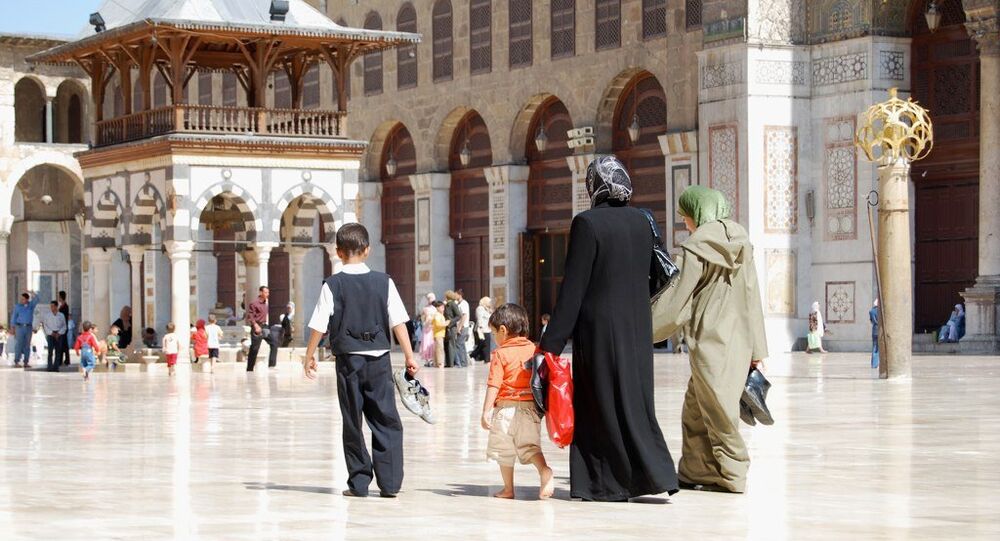 In Syria the West Embraces Sectarianism

One of the most troubling developments in the Syrian crisis is the West’s embrace of religious sectarianism.

© AP Photo /
Western Addiction to Aggression Does Not Absolve Islamic World of Own Mistakes
The argument goes as follows: in order to defeat the Islamic State the West has to overthrow Syria's President Assad because as an Alawite he is unacceptable to Syria's Sunni majority who supposedly prefer the Sunni Islamic State to him.

This argument has recently been taken further by John Bolton — the US's former ambassador to the UN — who is actually calling for the partition of Syria and Iraq on sectarian lines, with a "Sunni-stan" replacing the Islamic State/Daesh.

Bolton at least has the honesty to admit that this is in part a geopolitical play.  However is the premise behind the argument as couched by its more moderate advocates even true?

The one opinion poll carried out in Iraq and Syria suggests not.

It shows strong support in Syria for President Assad and very slight support for the Islamic State — many of whose fighters come from abroad — in both Iraq and Syria.

In Iraq only 5% of the population has a positive view of the Islamic State/Daesh.

In Syria that rises to 21%, a figure that almost certainly overstates its support.  A better reflection of its actual support is its core support, which is just 7%.

It is a repudiation of Western values. The West claims to stand for freedom, democracy and secularism. It mistakenly embraced the Arab Spring on that basis. Now it seems the West is prepared to embrace the opposite.

© AFP 2020 / KARAM AL-MASRI
The Land of Terror: Is Daesh Syria’s Only Deadly Menace on the Ground?
It tries to solve the problem of the Islamic State by creating something — a sectarian Sunni state — that looks almost as dangerous.
It grossly misrepresents the nature of the Syrian government, treating it as if it were a sectarian entity when it is in fact a secular one.
This constant harping on the fact that President Assad comes from an Alawite family ignores the fact the government he leads is not sectarian but Arab nationalist and secular.

President Assad is married to a Sunni, most of his ministers are Sunni, as are most officials and diplomats who serve his government.
So are most of the army's officers and most of its soldiers.  Claims that most of the Sunni officers and soldiers defected when the war began and that the army is now largely Alawite are unverified and almost certainly untrue.

It is not President Assad who is the violent religious sectarian. It is his opponents.

It is impossible to avoid the feeling that this latest argument — that President Assad has to be overthrown to persuade Syria's Sunni to fight the Islamic State — is not really an argument at all but a rationalisation to justify the Western obsession with overthrowing him.
Overthrowing the man who leads the government whose army is actually fighting the Islamic State hardly seems the best way to fight it.

To such follies does the obsession with regime change lead.