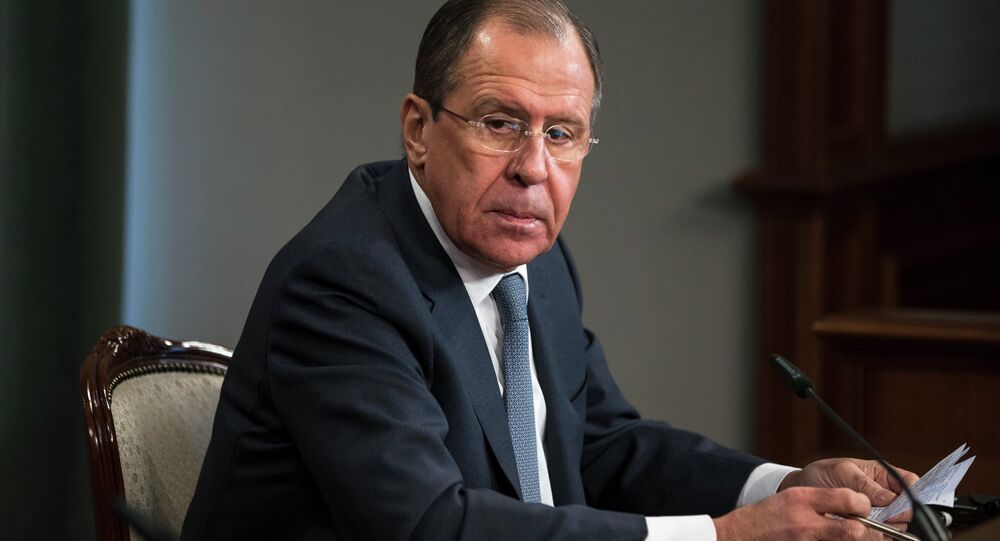 Moscow’s Three Major Moves Of The Past Week in Syria, Yemen, And Iran

Russia made three impactful moves in the course of only a week which show that it’s truly returned to being a Mideast power.

© East News / akg-images
US is Losing Its Status of World Power – German Media
Russia's diplomacy over the past week proved to the world that there's more to Moscow's Mideast policy than supporting the democratically elected government in Damascus in its War on Terror. As important and honorable as that action is, the Western mainstream media has obsessed over it and myopically framed it in such a way as to make it seem like Russia has no other method of projecting its influence in the area. Millions of people in the Mideast already knew this to not be true, but now such a false inference no longer holds any weight to the Western audience as well, since Russia resolutely demonstrated to the entire world that it has a robust regional policy capable of transforming events on the ground. The days of Russian diplomatic dormancy in the Mideast are definitely over, and Moscow now rivals Washington as the most important non-regional actor there. Let's take a look at what happened this past week in Syria, Yemen, and Iran:

Moscow II, as the event was called, was held in the Russian capital last week and was important for demonstrating that the first such meeting was not simply the one-time occurrence that the West made it out to be at the time. Russia's diplomatic initiative is finally starting to show signs of success, since both Damascus and the non-terrorist anti-government opposition (NTAGO) reached an agreement on five conflict resolution principles for the first time since the destabilization began over four years ago.

Not only that, but the UN is starting to take notice of the historic progress that is finally beginning to be made, since UN Special Envoy for Syria Steffan de Mistura has now said that the organization will try to commence a new round of peace talks beginning in May. Whether it'll be Moscow III or Geneva III is uncertain, but at this point there's no doubt that Russia is fulfilling the peacemaker role in war-ravaged Syria that has eluded all other actors' previous attempts, and that this alone makes Moscow a significant force for stability in the entire Mideast.

The past week has also seen Russia take on a military role in the Mideast, with its aircraft and ships evacuating not only its own citizens from the beleaguered victim of Saudi aggression, but also those of other nations as well. Russia's humanitarian assistance to foreign nationals extends well past the allied states of Belarus and Tajikistan, since nationals from Poland, Ukraine, the US, and the UK were also rescued. The series of evacuation operations demonstrated that Russia is capable of rapidly deploying its armed forces to ever-changing war-time environments far from its borders, and also that such units can be used as instruments of peace and diplomacy.

The latter point is even more poignant when one recalls how the remaining Americans in Yemen had felt abandoned by their own government after having their repeated pleas for help fall on deaf ears. The irony is that the one country which Washington has tried to convince its citizens is ‘big, bad, and evil' happens to be the one that came to their aid when Uncle Sam failed to heed his call of duty. This historic instance of the Russian military saving some Americans that had been abandoned in a Mideast warzone shows the global audience that Moscow isn't blinded by New Cold War tensions when it comes to carrying out humanitarian operations, and serves as a striking rebuff to Western ‘commentators' who allege that Russia can never be a force for good in the world.

Moscow and Tehran are moving towards a de-facto strategic partnership, which can be easily seen by the two groundbreaking announcements from earlier this week. It's now been confirmed by the Russian government that the rumored oil-for-goods program between Russia and Iran is actually a real policy that's already been implemented, showing that Moscow has wasted no time in trying to court the Iranian market after the proto-deal was agreed to a week earlier. Providing goods in exchange for resources is a strategic decision that creates valuable return customers in Iran, who will then be in need of maintenance and spare parts for their products. It's also a sign of deep friendship between the two Caspian neighbors and sets the groundwork for the tentative North-South economic corridor between Russia and India via Iran. The closer and faster that Russia economically moves towards Iran in the coming months, the more likely it is to successfully preempt imminent European competitors from establishing valuable market share in the country and perhaps one day using their future complex economic interdependence with Iran for nefarious political purposes.

© Sputnik / Aleksey Nikolskyi
Putin to Netanyahu: Iranian S-300 Missiles Pose No Threat to Israel
The second big move that Russia made towards Iran was the resumption of the stalled S-300 surface-to-air missile (SAM) sales that Tehran had long been asking for. The agreement was unilaterally frozen by an edict from then-President Medvedev in 2010 in order to show solidarity with Russia's Western partners in their sanctions against Iran (although the units themselves were never sanctioned by the international community). Furthermore, there may have also been a military logic to the decision since the US and Israel were at a hair's end of triggering a conventional war against Iran during that time, and news about the arrival of balance-of-power changing S-300s could have triggered a preemptive strike by either or before their window of opportunity was permanently removed. In this sense, although many observers at the time saw the shipment freeze as a sign of Russian weakness and geopolitical wavering, it may have actually been a sign of an astute understanding of the military-political situation between all the actors and could have prevented a larger conflict from erupting.

Reverting back to the present, President Putin rescinded the voluntary embargo and even spoke to Israeli Prime Minister Netanyahu in an effort to assuage the latter's hyped-up anxieties about the deal. It doesn't seem to have done much good because the Israeli leader is still fuming about this development, evidently because he understands that it will seriously hinder his country's ability to unilaterally strike Iran with symmetrical near-impunity. The big question is why the Russian government made its decision at this time, and it's telling that it occurred on the heels of the nuclear proto-deal. The geopolitical calculus has obviously changed to where the US is now more concerned with an indirect unconventional war against Iran in the future than a standard bombing campaign, hence its dismayed acceptance of Moscow's move and refusal to loudly protest it. Israel's intransience is simply the ‘bad cop' of the ‘good cop, bad cop' dynamic between Washington and Tel-Aviv, as their publicized ‘fallout' is nothing more than a strategic illusion anyways. Nonetheless, the S-300 SAMs won't be delivered until the end of the year, so if the nuclear proto-deal falls through or the West cooks up a provocation, then the US-Israeli axis could still strike Iran while the opportunity remains.

What Would A Clinton Presidency Mean for Relations With Russia?