Only 13 percent of Europeans believe that the Soviet Red Army played a key role in liberating Europe from Nazism during the Second World War, an ICM Research poll for Sputnik news agency has found. 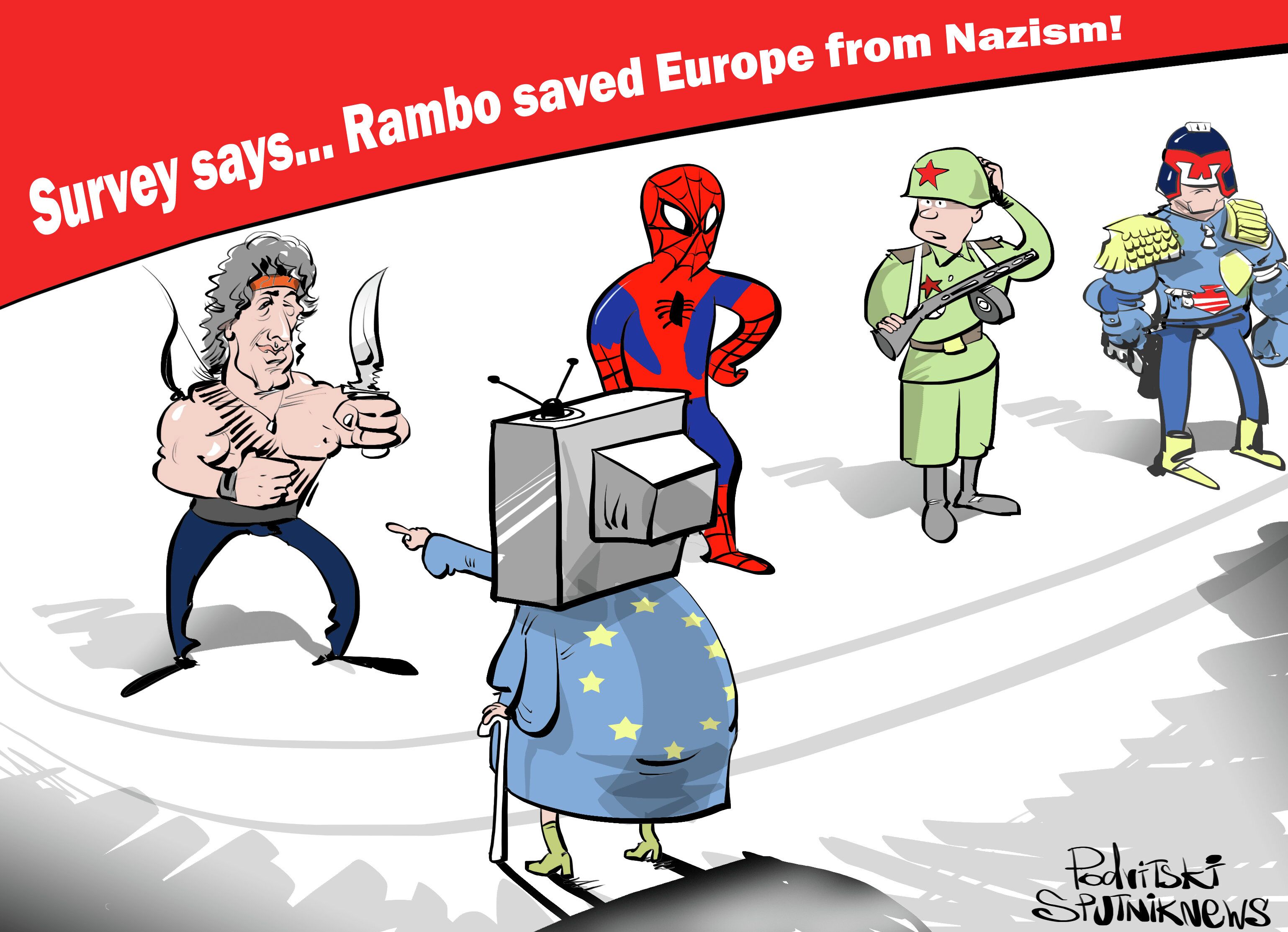 Only 13 percent of the residents of Britain, France, and Germany believe that Europe was liberated from fascism by the Soviet Red Army.

Over the past months, the role of the Soviet Army in defeating Nazism and liberating Europe has been diminished in the public eye through anti-Soviet and anti-Russian propaganda. With 43 percent of respondents saying the US played the key role, and 20 percent that it was the Brits, over a fifth of respondents, 22 percent, were unable to answer the question.

In January, following a series of absurd remarks by Ukrainian and Polish officials about the Soviet Union's role in the war, Russian President Vladimir Putin noted that attempts to revise Russia's contribution to victory should be viewed on a par with glorification of Nazi crimes.