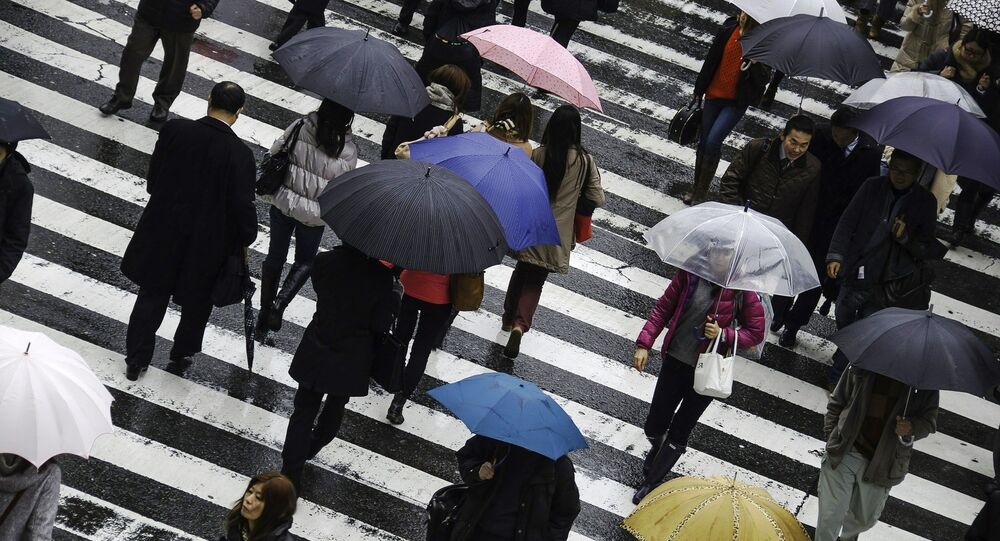 Diversity Originated in History, & It Can Disappear in History Too

Differences may be a fact of life; but diversity isn't. 'Diversity' is a very politically charged notion, and is purely ideological in its functioning and its deeper significance. It is time to reject diversity once and for all, and to take differences on a case by case basis instead.

Everywhere you look, there are people who want to celebrate diversity.

Diversity is taken as common sense. As normal. As a fact of nature. And yet, while human differences have always existed, it is surely fallacious to include this natural fact with the innumerable morally-charged visions of ‘diversity.’

© Sputnik / Nik Pavlov
Old Enemies, Fair Partners Now: How Tatar Republic Became a Role Model for Russian Multiculturalism
Differences may be a fact of life; but the whole ideological apparatus of ‘diversity’ and of social engineering, with all its moral and political and legislative assumptions, is very new. Differences have been around for millennia; but diversity has only been around for a few decades.

Unfortunately, the deceptive sleight-of-hand surrounding this notion cunningly equivocates between the brute material fact of difference, and the deeply moralistic ideology of diversity. This is something that has profound authoritarian implications for a free society. Instead of being pro-difference (let’s celebrate diversity!) or anti-difference (differences are bad and dangerous!) it is necessary to advocate a case-by-case approach to cultural difference, instead.

Some may say that this is ‘offensive,’ and concedes too much ground to reactionary bigots. But personally, I find it far more offensive when people say they want 'cultural diversity,' and they are shocked to find out that cultural differences aren't a matter of chicken chow mein, reggae music and bhangra dancing.

And therein lies the problem. Those who want an uncritical 'celebration of diversity,' rather than a rigorous case-by-case approach that considers some cultural differences as intrinsically superior to others, risk dispensing a cure that really is no better than the poison. The choice between being generally pro differences, and generally anti differences, is a false dilemma. It is clearly fallacious; the only legitimate alternative is a sceptical and evidence-based approach.

Korean radios are one thing; Somalian blades for performing female genital mutilation are quite another.

The Muslim poet Rumi is admirable; the Salafi Islamist Sayyid Qutb is not admirable in the least.

Italian cuisine is wonderful; hopefully we can all agree that the writings of Mussolini are not so wonderful?

Bhangra dancing is good, but the violence brought by football firms is not.

Zen Buddhism can bring peace to some; Aum Shinrikyo, of Tokyo Subway sarin attack notoriety, will bring fear and despair to all.

© AP Photo / Markus Schreiber
Muslims 'Bully, Persecute and Harass' Christians in German Refugee Camps
It is, of course, of very great importance to avoid this kind of emotional blackmail. It is entirely unnecessary to lean to one side or the other. Ultimately, the parties of pro-diversity and anti-difference are alike motivated by the lowest kind of self-interest imaginable.

Such rigidly inflexible ideologues are naïve at best, and dishonest at worst; depending, of course, on the intelligence of the individual in question (insofar as a herd of uncritically tribalist and sheep-like groupthinkers can be called ‘individuals’ in any meaningful way whatsoever).

The only legitimate option for a free society is to refuse the bargain, and to suspend one’s judgment on differences ‘in general,’ and to consider each difference in context instead. Differences are a fact of life, but diversity isn’t. It’s time to begin taking differences on a case by case basis, and to reject the emotional blackmail of both sides.

It’s time to be dispassionate and objective, and to take a truly evidence-based approach to human differences.

For here, one-sided dogmatism is truly of no avail. And to fail to perceive the blackmail could be very costly indeed. Diversity originated a few decades ago, and it is destined to disappear one day also. But unlike diversity, which is a creation of history, differences will remain.

How will you respond to the challenge of differences? Will you choose one extreme, or the other? Or will you take a more bold and innovative path, beyond these two highly ideological dead-ends?

Your choice is not inconsequential.