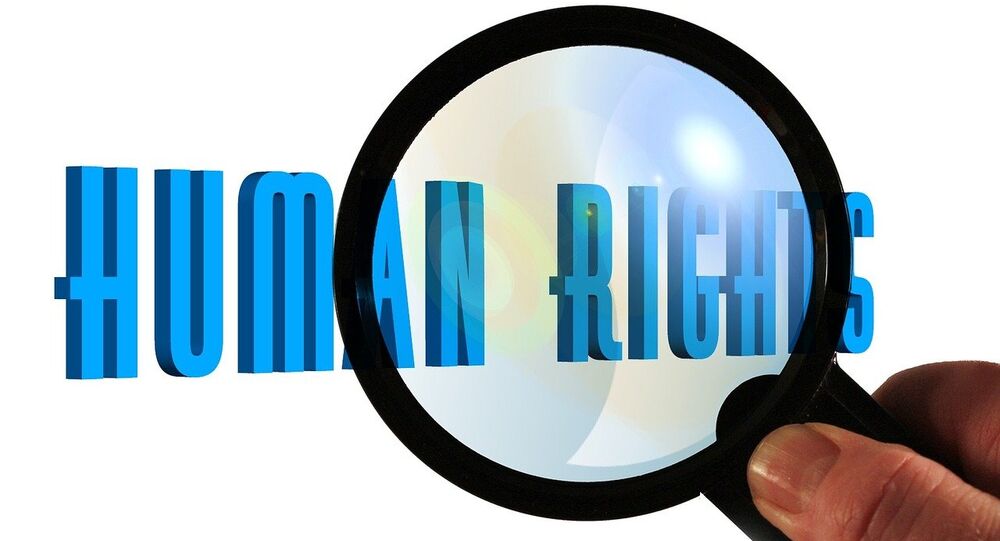 Useful Dissidents? Take a Selfie With 'America's Most Wanted!'

Useful dissidents, shiny dissidents, golden dissidents, call them what you will. Aggrieved critics of 'unacceptable authoritarianism' are some of the very sexiest celebrities du jour. Follow my exciting new series on the most photogenic critical intellectuals of them all!

Human rights means what it says, and says what it means!

Everybody seems to know what human rights are.

And yet, once you start asking uncomfortable questions, you soon find out that there is a lot more to the simplistic cartoonish Cosmos of 'Big Human Rights' than its most fervent proponents would ever be willing to acknowledge.

Or is there yet another explanation or two? I guess I'll let you be the judge! But for now, here is a quick preview of some of the most gorgeously photogenic humanitarian heroes.

Are they anti-government outlaw-heroes, or just pillars of the establishment?

Have a little think about it, and leave your comments below.

Is there anyone else you think might be a good person to talk about?

Write your answers below.

Any information or suggestions can be sent to authorjfgmail.com

Kasparov, unlike fellow chess legend Boris Spassky, is an eloquent and charismatic communicator, with an avid social media presence. Despite his roots, his political views are often surprisingly similar to the US globalist establishment, rather than those of the average Russian.

Indeed, it is not at all clear why, when he successfully obtained Croatian citizenship some years ago, Kasparov's opinions (about which he is undoubtedly vocal enough about) are so unremittingly and unmistakably America-centric.

At times, if you did not look at the Twitter handle, you might think you were reading the Washington Post or New York Times. Or even (horror of horrors!) the BBC…

Although at least Kasparov does like Orwell, whose devastating representation of the BBC in his gruelling Dystopia, 1984, continues to haunt the alleged architects of an alleged horrific pedophile coverup to this very day:

A consummate opportunist and slippery democratic Del Boy, the notorious war apologist and establishment doorstop Vaclav Havel managed to squirm his way out of Soviet autocracy, and wangle his way onto the hallowed marble porches of the Beltway Applauserati. Like a lifeless cardboard cut-out in Orwell’s satire of the tyrants of First and Second World alike, Washington’s alpha kitten had extraordinary double-thinking ‘skills,’ or should I say:

© REUTERS / Shenyang Municipal Information Office
Chinese Human Rights Activist Liu Xiaobo's Funeral Urn Submerged in Ocean
A less ‘dynamic’ and ‘undogmatic’ mind would have struggled to reconcile the views that Stalin’s ‘crimes against humanity’ were an unspeakable evil, but that the vile and opportunistic foreign interventionism of the DC death cult were more acceptable, and indeed eminently laudable.

For after all, to echo Bertolt Brecht’s witticism on the robbers of banks:

What is a crime against humanity, in comparison with a crime for humanity?

This cuddly kitten is known for his fluffy mustache, and no less for his cutesy and timid demeanor.

And yet, his sinister panegyrics to ‘humanitarian bombings’ and ruthless attempts to backtrack and obfuscate such unconscionably malicious rhetoric, suggest that when the prickly claws of the cat’s paw are finally out and at it…

Then all bets are off!

So, there you have it. Two dissidents, one cup! Who deserves the trophy? Or are there other people who need a more detailed discussion? Keep an eye on the upcoming series, and feel free to share the articles, and tell all your friends!

After all, if you can pick up some pro tips from the best talent and intellects in the game, maybe one day you can become a ‘Useful Dissident’ too!