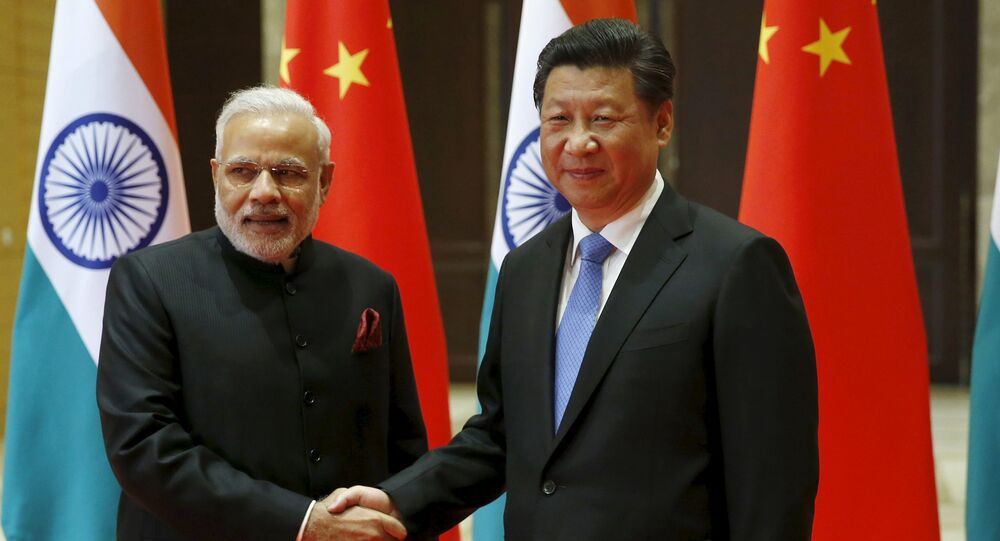 India has had many aspirations to overtake China, but this is more of a pipedream than reality. India’s corruption makes China’s corruption seem non-existent. Add in the traffic jams, and filth one has to deal with in parts of Mumbai and Delhi, and the allure of investing in India loses its appeal rather rapidly.

Add in the traffic jams, and filth one has to deal with in parts of Mumbai and Delhi, and the allure of investing in India loses its appeal rather rapidly. This is the reason India continues to suffer such a massive amount of brain drain.

© Flickr / IAEA Imagebank
India to Allocate $440Mln Annually for Nuclear Power Investments
Smart Indians understand that their best option is to seek greener pastures. Modi’s government had the strongest mandate of any government, yet like all his predecessors he seems to be all talk and little to no action; he has failed to implement any noteworthy changes.

The first thing he should have done was to streamline the investment process, by making it easy for foreigners to invest. With foreign investment comes a plethora of jobs; instead he continues to chant the same old song of change while marching to the drumbeat of no change.

This century belongs to China, and the world recognizes this. No one flinches when Indian markets are tanking but if Chinese markets tank or there is some bad news coming out of China the world’s financial markets react and in most cases the reaction is usually very strong.

From a mass psychology perspective, this tells us that the financial markets recognize China as the defacto leader and India if it’s lucky might manage to hold onto some position in the top 5.

India will not take out China in the near future, but that does not mean one should not invest in Indian companies.

© AFP 2020 / STR
China’s Military Budget to Grow by 7-8% in 2016 - Official
There are still some Indian companies that are worth investing in; we would wait for strong pullbacks before committing money into any of these stocks. We are going to list a few of Jim Rogers’s recent quotes as he seems to concur You can’t just invest on hope. Even If reforms started coming, it may not be enough to make the markets go higher, because markets have already factored it in.

If the reforms are substantial, the markets may go higher. No indication of that. If Modi made the currency convertible, if he made the markets open to outsiders, then I would have to be back in India again. So far Modi has been doing worthwhile things like addressing some social issues—I am all for that, and that is great for a lot of people—but India needs more.

You have saved your farmers by making it illegal for foreigners to own more than five hectares—how on earth can an Indian farmer compete with an Australian farmer with 50,000 hectares?

In history, India has been one of the great agricultural nations of the world—you have the land, the people, weather—God gave you everything. And then, he also gave you Delhi to mess it all up.

Conclusion While the Indian economy has grown nicely over the years, we think the tiger will have a hard time dethroning the Golden Dragon. India’s has a GDP of roughly $2.1 trillion, and that sadly is a long way off from China’s current GDP of $11.3 trillion. At this stage, it's not even a close race.

liondw
Rising Dragon: What Lies Behind China’s Multi-Billion Global Investments
In fact, the odds are higher that China will displace the US as the top dog than India overtaking China. While there are some great companies in India, from a long-term perspective, China and Russia makes for a better investments as both markets are extremely oversold; great companies are selling for a fraction of their former prices.

For example, in China CHH, HNP, BABA, and in Russia VIP, YNDX, etc, are some companies worth taking a closer look at. Be ready when opportunity comes. Luck is the time when preparation and opportunity meet. Roy D. Chapin Jr.

This article was prepared courtsey of the www.tacticalinvestor.com

Over 3,200 Reporters to Cover Annual National People's Congress in China

Golden Thread: What is the Reason for Russia, China, Iran Partnership