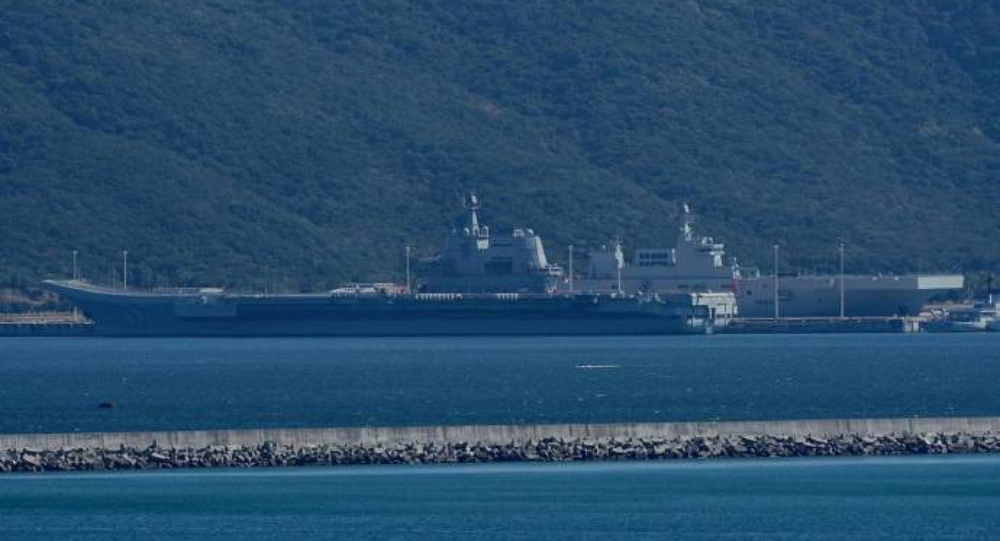 The Chinese People's Liberation Army (PLA) showed a powerful deterrent to the US, Japan, Taiwan secessionists and others amid their provocations by revealing its new warships' high combat potential and preparedness shortly after the vessels' commissioning, analysts said on Monday.

The Type 075 amphibious assault ship Hainan, the first ship of its class in the PLA, conducted a series of exercises featuring helicopters, cushion craft and amphibious armored vehicles in an undisclosed marine region, China Central Television reported on Sunday, without revealing the exercises' date.

During the exercises, the Type 075, often also dubbed a helicopter carrier, held Z-8 transport helicopters takeoff and landing operations on its large flight deck; it then released and recovered a Type 726 air-cushioned landing craft with its hangar dock. A Type 05 amphibious assault vehicle also drove out of the hangar dock of the Hainan as the armored vehicle marched toward its target from the sea, the report shows.

This is proof of the Hainan's capability to launch assaults from air and sea, making landing operations much more sophisticated and efficient compared with other landing ships that cannot host as many helicopters, observers said.

In another media report on Sunday, the Dalian, a Type 055 large destroyer with a displacement of 13,000 tons, was seen sailing at a high speed in training, as the size of the ship and long wake trail left an impression, observers said.

This is the first time the PLA Navy has released video on the exercises of the two warships after their commissioning on Friday in a high-profile ceremony in Sanya, South China's Hainan Province.

The reports show that the vessels had started exercises before they entered service, because neither ship was painted with hull numbers in the video, a Chinese military affairs expert told the Global Times on Monday on condition of anonymity.

This indicates that they will likely become combat-ready very soon, the expert said.

While no training video of the Type 09IV nuclear-powered ballistic missile submarine Changzheng 18, the third vessel commissioned on Friday, was available, military observers pointed out that a media report on the ship's commissioning ceremony featured a scene in which three other Type 09IVs could be seen in the background.

The Changzheng 18 was also seen with its missile hatch open in the CCTV report, a scene analysts said is rare and displayed its nuclear capability.

The commissioning and exercises could serve as a powerful deterrent to any force that has been making provocations, including the US, Japan, Taiwan secessionists and others, as they have been stirring up tensions in places like the South China Sea, the Taiwan Straits and the Diaoyu Islands, the expert said.