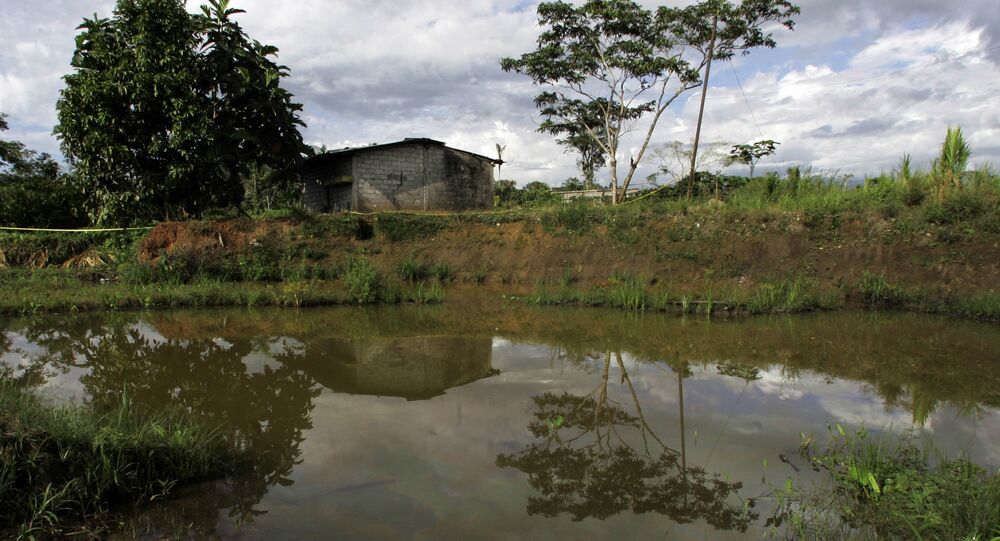 After making every effort to not pay billions in damages, oil giant Chevron has focused its efforts on targeting the work of Steven Donziger, who played a pivotal role in highlighting the company’s practices in the Amazon. If unchallenged, legal efforts to target the lawyer will set a new precedent against environmentalists, he told Sputnik.

Donziger, a lawyer, writer, former journalist and environmental advocate, told Radio Sputnik’s Political Misfits on Friday that Chevron is setting a new standard in which companies can target activists and environmentalists who dare take a stance against harmful practices carried out by powerful firms.

He told hosts Michelle Witte and Bob Schlehuber that Chevron is establishing a means in which companies can “weaponize the law as a tool of intimidation against other lawyers and campaigners who might want to take on this critically important environmental and human rights work.”

Donzinger came under Chevron’s radar after he joined a legal team in 1993 that was digging into various devastating reports of pollution that had emerged over the years in northern Ecuador, specifically in the Lago Agrio region, where the waterways were tapped as a drinking source for Indigenous communities.

Dating back to the early 1960s, Texaco, which was acquired by the Chevron Corporation in 2001, adopted practices that saw toxic waste freely dumped into the environment, a move that helped create a 1,700-square-mile area in the Lago Agrio region that has been dubbed the “Amazon Chernobyl.”

A study carried out by the Lago Agrio legal team determined that communities in the region had “significantly” high levels of stomach, liver, pancreas and skin cancers, among other reported health developments.

In an effort to fight back against the environmental injustice, Donzinger and company filed a class-action lawsuit to initiate clean-up efforts and to put in place health care practices for the thousands of inhabitants who had been affected by the oil pollution. By 2011, the team was granted a $8 billion compensation ruling by the Ecuadorian courts, which was later reconfirmed with the Ecuadorian Supreme Court upping damages owed by Chevron to $9.5 billion.

However, that success was short-lived as Chevron ultimately refused to cough up the funds, alleging that Dozinger’s team offered court officials a $500,000 bribe so the rulings would go in their favor. By 2014, the case was tossed back to the US, where a court ruled the 2011 Ecuador judgement was obtained through corrupt means. Similar declarations were made in 2016 and again in 2018 by the Permanent Court of Arbitration in The Hague.

As a result of the ruling, Donzinger was made liable for millions of dollars in Chevron’s legal fees and the oil giant was granted a seizure of his laptop and cellphone, devices that both contained confidential information about his clients. Donzinger filed an appeal and was subsequently charged with a criminal contempt charge in August 2019 that led to his house arrest.

To date, Donzinger has spent over 600 days on house arrest, with motions for his release repeatedly proving unsuccessful. He is due to appear in court in May for the misdemeanor charge before Judge Loretta Preska, who previously appointed the law firm Seward & Kissel to prosecute the case.

© AP Photo / Dolores Ochoa
Cofan indigenous women stand near a pool of oil in Ecuador's Amazonian region, Oct. 20, 2005. Ecuador's President Rafael Correa has sided squarely with the 30,000 plaintiffs, Indians and colonists, in a class-action suit, dubbed an Amazon Chernobyl by environmentalists, over the slow poisoning of a Rhode Island-sized expanse of rainforest with millions of gallons of oil and billions more of toxic wastewater.

Incidentally, both Preska and the selected law firm have ties to Chevron. Preska serves on the board of the Federalist Society, a pro-corporate organization of lawyers and judges whose donors include Chevron. As for Seward & Kessel, the law group has previously prosecuted cases for the oil giant.

Prosecutors with the US Department of Justice had previously declined to take on Donzinger’s case.

“I’m being prosecuted by the Chevron law firm in the name of the government,” he noted. “It's outrageous, it’s illegal in my view. It's wrong and it’s really frightening because it shows the degree in which the Chevrons of the world can arrest control of our federal judiciary - our prosecutorial apparatus - and go after their critics.”

“We’re in new territory and if they’re allowed to get away with what they’re doing to me this is the playbook they’re going to use against every activist and lawyer that deals with climate change - issues that are vital to the survival of the planet,” he stressed.

“Make no mistake, this work is integrally connected to the survival of the planet because if you can't hold big polluters like Chevron accountable, and trust me this is the worst oil pollution in the world and it was done deliberately… if you can’t hold these companies accountable for these kinds of things... I fear for the survival of the planet.”

While much of the affected region in Ecuador continues to deal with the remnants of the severe oil pollution, Chevron has also been dealing with an oil spill that hit much closer to its headquarters in the US. Earlier this year, reports surfaced that about 600 gallons of oil spilled from the company’s wharf in Richmond, California.

US Extends License Allowing Chevron, 4 Other Firms to Operate in Venezuela - Treasury