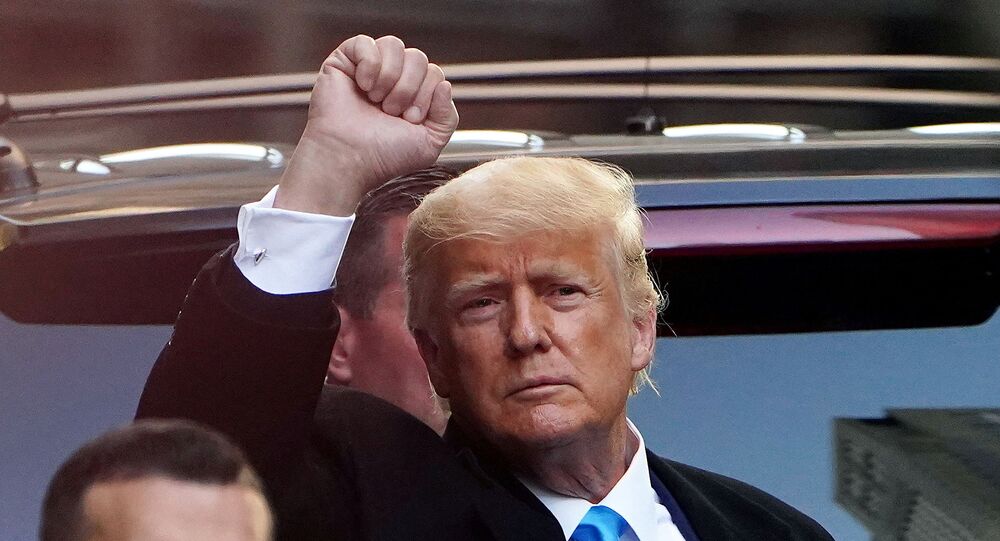 Donald Trump’s strategic advisor has announced that the former US president will soon return to social media "with his own platform". Trump was de-platformed from Twitter, Facebook, and a range of other platforms following January's deadly riots at the US Capitol in Washington DC.

Sputnik: What do you make of this return for Donald Trump? Is this a wise decision do you think from the former US president?

Winston McKenzie: Absolute dynamite. What a great man. I think he'll go down in history proven to be one of the greatest modern-day presidents we've ever seen. Now, the fact that he's rolled back the years spoken to his close associates, and it's going to be a full blast on social media, again, it's just fantastic. It gives people like me the impetus and the vision to really strive to become a driving force in politics. What a great ambassador he is.

Winston McKenzie: Donald Trump will run for US presidency 2024 and just blow Biden away. What a boring President in situ at this present moment. These are just early days and the more/the longer he's in office, the longer it goes on, the more ridiculous things will become for America. This is great news from Donald Trump and I hope he abides by that and he seems to care about America by what he retorts, let's see if it happens, and it will be welcomed to see and come back and get into the driving seat.

Sputnik: How do you feel about the suggestions of Trump forming his own political party? Should he start this new political party or perhaps stay with the Republicans moving forwards?

Winston McKenzie: No, no, the world isn't about Donald Trump. The world is about him re-establishing himself in the Republican Party, gaining their confidence, and getting back into the hot seat. If he decided to branch out on its own, it would be in my view a very big mistake because they're simply splitting the vote. He'd leave half the capacity of followers behind and it takes the other half with him so that's not a very good idea.