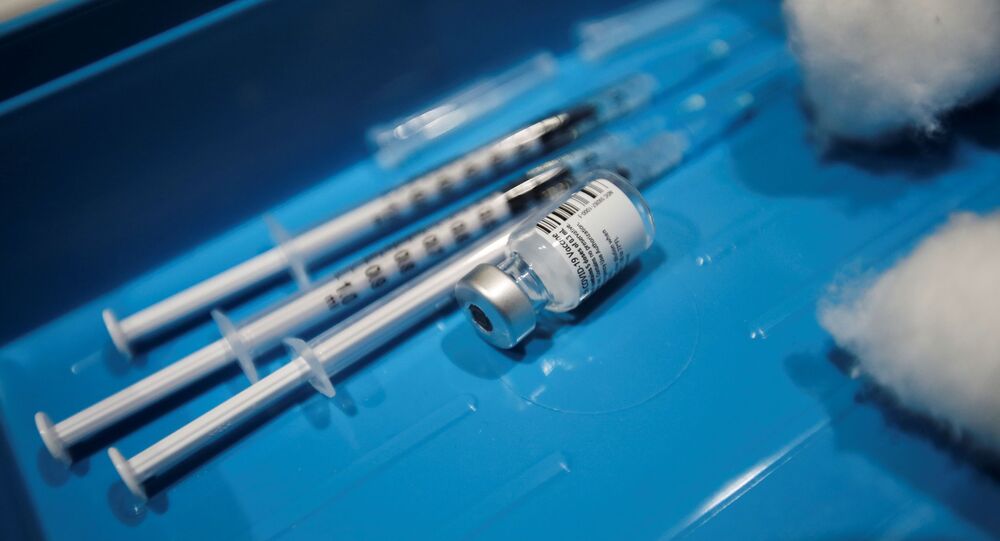 Celebrities, sports personalities, and influencers are being used by governments around the world to help promote COVID vaccines and push compliance for public health protocol. It comes as the UK prepares to ramp up vaccines for its citizens with over 50s expected to be invited for jabs later on in the month.

Sputnik: Why do some members of the public trust celebrities more than politicians?

Michelle O’Shea: Research really shows that celebrity endorsement can trigger biological, sociological and physiological responses in people; and it is the case that celebrities, what they say and they do, makes them more trusting by virtue of their endorsement of health information. So, the way it works is that the celebrity’s characteristics are transferred to the endorsed product, now in this case, we're talking about vaccines or health information, so the most effective celebrity advocates are those that are viewed as credible - a perception that is linked to their perceived success in life.

Sputnik: Does celebrity influence on health issues go beyond vaccines?

Michelle O’Shea: Absolutely, and certainly just looking very recently at some research that has come out of Australia, Kylie Minogue, whom listeners would be quite familiar with, has really triggered a very positive response amongst Australian women. That is once she came to the media and expressed her health issues and shared that with the public at large, we saw that women were incentivized, or there was that impetus to actually go and see their doctor and have their annual breast check, or indeed particularly in younger cohorts of women in Australia, were not necessarily as prevalent those kinds of health issues, there was that impetus to go and seek professional medical advice. Similarly along another vein, Australian cricketer since retired, Glen McGrath, his wife very sadly died of breast cancer but certainly he set up a foundation and every year they have a pink test, and again that has really sought to engender really positive health information; not just about women's health but men's health, and again another example of the power of endorsement beyond in this case vaccines but health messaging more broadly.

Sputnik: How important is the choice of celebrity to spread the message, whether it be vaccines or something else?

Michelle O’Shea: The vetting of the influencer is absolutely important and there's certainly ample evidence, especially in our social media age, of the power of celebrity endorsement on health issues, but equally, it is the case that these things can backfire. Certainly, while Novak Djokovic hasn't been procured by any government as a health advocate it certainly is the case that we can see when we have different sentimentality, that is he's softened his comments and his claims about his anti-vaccination stance, but certainly, we see that influence when we see people like that come out and that they might express a resistance, in this case, to vaccine it can be challenging and certainly the Australian Government learned the hard way very recently in 2018. They used a significant amount of taxpayer money to hire Instagram influencers to promote its 'Girls Make Your Move' campaign, so similar to campaigns that you have in the UK, encouraging girls and women to get active. It was actually discovered subsequently that some of the influencers had actually made racist remarks online or were actually being paid to promote alcohol brands at the same time. So, that certainly exemplifies the issue that is if the government is going to look to celebrity influences and endorsement in this way, this very careful vetting needs to be well done because we know that media reach is swift and it's significant, and we certainly don't want to amplify or blow up messages in the case of scandal, particularly when we do have hesitancy as it pertains to vaccines at the moment. In the US, they're very much using the National Basketball League as a platform or a context through which to engender vaccine take-up, and what they're actually doing is they're using retired athletes. So, we don't want to have aspersions as it relates to cue jumping, but certainly, that's something they're doing particularly in that space and using retired athletes, getting some images of them being vaccinated and again, using a sort of social media as a means to kind of push out that messaging as well.