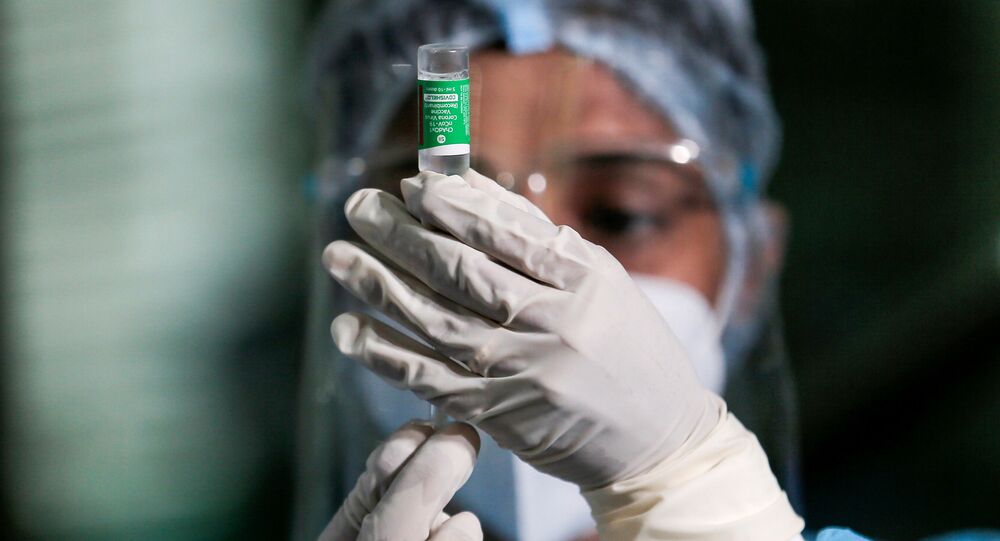 The Guardian reported earlier this week that hundreds of UK companies could switch operations to countries inside the European Union in what may result in "a dramatic exodus of investment and jobs caused by Brexit".

David Coburn, former MEP and former leader of the UK Independence Party (UKIP) in Scotland, reflects on the prospects of such a scenario and outlines key obstacles business could face in the post-Brexit era.

Sputnik: Why are we seeing this trend? What are the pros and cons of such a shift, and which EU countries offer better conditions to British 'expats'?

David Coburn: No, that's not true. What's basically happening in the European Union is they are making it as difficult as possible for British companies to do business in Europe, which is a big mistake on their part. And one of the things that's been a great problem is people are buying goods from the EU on the Internet. There are big charges being whacked on top of being put on top of goods coming in. And, of course, people will simply not buy through an EU company. And also there's no problem regarding shipping stuff. British companies will simply set up a new EU subsidiary or a ghost company and simply use that as a vehicle to do business. They're not going to move their whole operations over all the people who work for them. All they're going to do is set up a subsidiary company in Europe and they're going to organize their business through that. So it's just a paper transaction, the European Union that they're going to do in Britain the business, they're crazy. They do not understand business. The European Union, its biggest problem is that it's anticapitalist and it's anti-business. It's a corporate affair. It's like corporatism and it doesn't work very well. Big business with big companies. Well, that's not the future. Small companies making money on the Internet is the way to make money and they just don't get it. So if they think that they're going to do better out of this, they're not.

Sputnik: What are the main challenges for business in the wake of Brexit? Why are they not ready for new regulations?

David Coburn: Well, the problem is that the European Union is going into the minutia of everything. They're making life as difficult as possible and what they should be doing at the beginning (they're obviously going to be teething problems), they should be turning a blind eye or being helpful. But they're not being helpful because they want to destroy British business. And you can see what's happening with the European Union and the vaccines. They want to steal our vaccines. And you know that the British have ordered a great deal a long time ago because we are better organized, we're more fleet of foot. You know, our business is faster, our governments faster. They have to have 20 odd countries deciding before they actually do anything. And it's all decided in Brussels, which is the most inefficient place in the world. I know I've been there. I was there for five years. So this is the problem. They are trying to punish Britain and they're trying to damage our business.

But what they're doing is they're damaging themselves. And the European Union has been made to look ludicrous over this vaccine business. They didn't order the vaccines on time because they were so busy trying to get some French companies to produce vaccines for Europe. Well, that is how vaccines work. So the British who ordered the vaccines were way ahead. No, the European Union is looking very, very bad indeed. Very inefficient, very dictatorial. So they're now just trying to grab everybody else's vaccines. They're outrageous. And they went on and on and on about the importance of the Irish border. “Oh, my God! It's going to lead to war and revolution. Terrorism!” Well, no, it hasn't. And they're so worried about it. When push comes to shove, it ends up they bring the border in overnight because they're terrified that the British might get their vaccines so that all the nonsense about the Irish border was purely to break up the United Kingdom and to damage British business.

Sputnik: Is moving businesses to countries inside the EU the only viable option?

David Coburn: Well, yeah, and all they could do is European Union stop being difficult and come to a proper arrangement, just let us have free trade without all the problems. Make it easy to do business because we're making it easy for them to do business in Britain. So they should do likewise with the only people who are going to be suffering as the exchequer. They're not going to make as much money. And Britain, it's not going to be a little problem like that. Stop us doing well. This is all to do with France being terrified of competition. Germany wanted to help France and the European Union couldn't continue the European Union, as it's always been. Well, I'm afraid that's not going to happen that way. And the way they're going, the moment, especially with this vaccine grab, has made them look appalling. And any remainers in Britain are now turning against the European Union [...] I think vandalize, resign and abolish the whole lot and they should all resign.

Sputnik: Do you expect the situation to deteriorate in March when the grace period expires?

David Coburn: Well, I'm sure the European Union will try to do that, but I think they've had a bit of a shock with their behaviour over the Covid vaccine scandal. And I think they are looking rather sheepish. And ordinary people in the European Union want to do business. European companies want to do business in Britain. Were one of the largest economies in the world and we're doing well, whereas the rest of Europe is not doing well. It's a very bad state of affairs. Our banks are more solid than European banks. Many of them are on the brink of disaster. Even Deutsche Bank is very, very wobbly. Nothing is looking good in the European Union. And also the European Union itself is on the brink of, perhaps, breakup. The Italians might leave. You know, there are many countries in the European Union who are very unhappy with the way it's being run. So I think that they should try and be sensible. I accept that the British people have decided democratically to leave the European Union and to be our friends and business partners. The British are a business nation. The polling said the British are a nation of shopkeepers. He meant that as an insult. But we saw a piece of it, Waterloo, and we're still doing business and we're doing business a long time after he's dead buried.

Sputnik: What should the British government do to help entrepreneurs adjust to the new conditions at a quicker pace?

David Coburn: Get the advice out, get British businesspersons and the talk working together to find solutions and to publish them for the ordinary person who's doing business in Europe, some of the smaller companies are all very well for the big companies they can solve for themselves. They have expensive accountants and people that can sort out what they need to do is help the small businessperson. And they should also put a gun to the head of the European Union and say to them, you know, this behaviour is unacceptable. You claim to be our friends. You are not our friends. You never have been. And it's not the people of Europe that we have a problem with. It's the European Commission and the European Union. The whole problem with the ordinary businesses, governments of people of Europe, it's the European Union causing trouble for everybody. The sooner we get rid of it, the better.