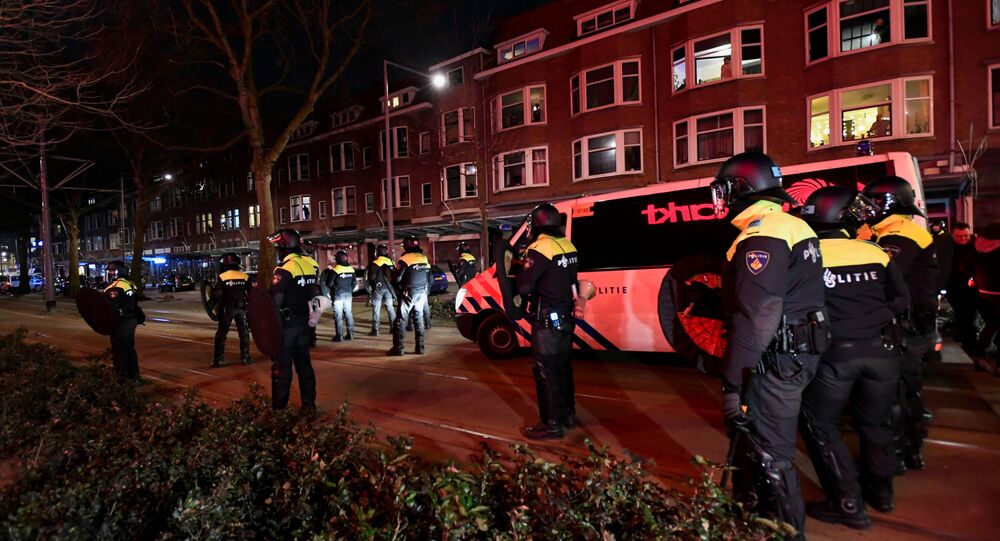 As violent riots against a government-imposed COVID curfew broke out in several Dutch cities last week, some rioters specifically targeted media crews. At least seven physical attacks against journalists were reported in Amsterdam, Eindhoven, Tilbirg, and other locations across the Netherlands.

According to Thomas Bruning – general secretary of the Dutch Association of Journalists (NVJ), prominent political figures – on both the left and right, should reach out to the public to prevent further attacks by stressing the essential role of journalism.

Sputnik: Your organisation issued a statement condemning recent acts of violence against journalists. What exactly is happening?

Thomas Bruning: What we see happening is already a tendency that we saw over the last few years, but less vicious than what we saw over the last few weeks. We have been monitoring violence against journalists for some years. And what we've seen this month is a sort of acceleration, especially combined with the riots or demonstrations of last week against the curfew and against corona measures.

Sputnik: You mentioned in your statement that it's time for politicians to get involved at some point to explain the importance of journalistic work to their voters. You specifically addressed right-wing political leaders – Thierry Baudet and Geert Wilders. Does it mean that you consider their parties, or their part of the political spectrum exclusively responsible for what is happening?

But what we see is that sometimes these politicians are so critical of the role of journalism in Holland, that they see a sort of justification in things they are saying, just like Trump was doing the same thing in the United States. He was so critical of the media. So, if people with the authority are more or less saying "you cannot trust the media anymore" – it's a sort of justification for people on the street to say the same thing, because their leader is saying that you cannot trust the media.

​What we want to happen here in Holland, is that all politicians – left-wing, right-wing – from all backgrounds are saying that journalism is crucial, and you should respect the independent role of journalists.