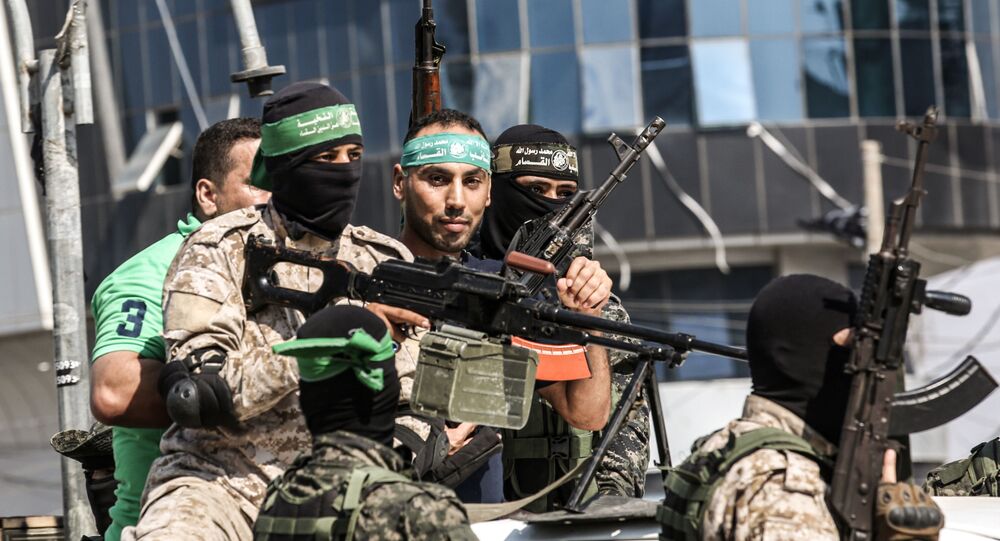 Israel-Sudan Might Deal Destructive Blow to Hamas, But It Won't Be Lethal, Analyst Says

Until recently, Sudan was considered a threat to Israel. For the Jewish state, the African nation has been associated with Hamas training camps and the military provisions it supplied to the Islamist group. Now, with a peace agreement between Khartoum and the Jewish state looming, that unwavering support for the Gaza Strip might come to an end.

It's been almost a month since US President Donald Trump announced that Sudan would normalise relations with Israel. Although it is still not clear when exactly the official agreement is going to be signed, many in Israel believe that the inking is inevitable and that it will take place before the end of this year.

Israel is set to benefit greatly from this deal. The agreement gives the Jewish state deeper access to Africa. It encourages other African and Muslim nations to follow suit, and it enables Israeli authorities to send back to Sudan more than 6,000 Sudanese refugees, who currently reside in the country illegally.

Most importantly, however, the pact is not going to be good news for Hamas, Israel's rival that controls the Gaza Strip.

Until recently, Sudan served as logistical backing for terror organisations operating in the Middle East – at least this has been the accusation thrown at it by Israel and its allies in Washington. According to reports, it was not only Hamas that used the soil of the African nation for training – other groups, including various Algerian factions and even Al Qaeda, have also been there.

And so was Iran and its ally Hezbollah, which are considered as Israel's main rivals. Apart from utilising Sudan as their training facility, the Islamic Republic has allegedly also used the African nation as a weapons hub.

Reportedly, Iranian cargo ships packed with the ammunition used to reach the Port of Sudan, from which weapons made their way to Egypt's Sinai Peninsula and then to the strip. Hani Habib, a Gaza-based political expert who has been following the developments closely, says the African nation has been considered as "a strong link between the Islamic group and its foreign sponsors".

It was for these reasons that Israel purportedly bombed Sudan on a number of occasions, never admitting that it was behind the attacks.

Now, however, with a pact between Israel and Sudan looming, carrying out such strikes will be next to impossible but it will also be difficult for Hamas to continue its business as usual.

"In its peace agreement with Sudan, Israel will make sure to include clauses that would force Khartoum to freeze all of its military activities that could potentially help Hamas, and that might also include arrests of anyone, who dares to assist the Islamic group", explained Habib.

Yet in a country where enforcement is lax, keeping track of potential collaborators with Hamas might prove to be "mission impossible", whereas the anti-Israel sentiment still prevalent in Sudan might push some elements within the government to turn a blind eye to the Islamist group’s supporters and their actions.

© AFP 2020 / ASHRAF SHAZLY
'Pay Enough Ransom': Iran Blasts Sudan's 'Phoney' Deal to Normalise Relations With Israel
"Naturally, Sudan will do its best to keep itself off that list of terrorism-backing countries but that does not mean that it will not support Hamas. And they might find many ways in which they can help the Islamic group without harming Khartoum's own interests", believes the expert.

But Hamas will not be sitting idly by either. Even though the Sudan-Israel agreement did deal a blow to the group’s capabilities, it didn't harm the militants' motivation to arm itself, and Habib says that when there is a will, there is a way.

"It is safe to say that Hamas did lose a strategic ally. Sudan has been their only link for obtaining logistical aid and weapons but the group will compensate for that loss by manufacturing their own arms that will be done by advanced standards".