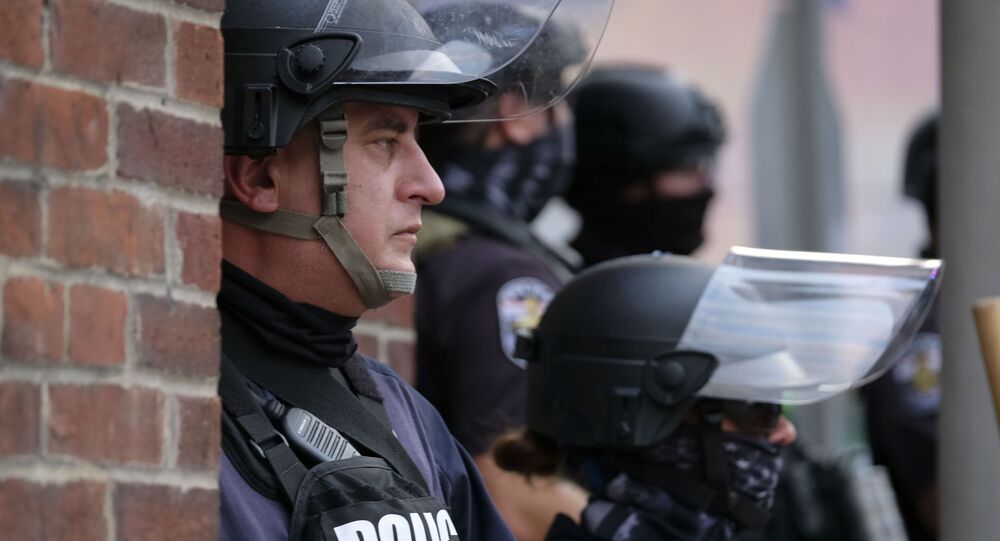 Growing Hostility Towards Law Enforcement Leads to Drop in Police Officer Numbers in US, Prof Says

The Census Bureau's Annual Survey of Public Employment and Payroll has posted new data suggesting that there are fewer police officers per person in the United States than at any point over the past 25 years.

Jay Corzine, Professor from the Department of Sociology at the University of Central Florida, believes that hostility towards the police in the US has been brewing for the past five to six years, but this year it reached its culmination which discouraged some from applying for police positions.

Jay Corzine: There is a trend in the United States - decreasing numbers of police officers. And there's different things that go into this. And, of course, you know that in the United States, we don't have one national police. We have approximately 18,000 police agencies and most of them are at the local level, municipal and county. And then you get state-level police agencies and then obviously the federal level, such as the FBI. But the trend has been going down. And I think there's a number of reasons for it. One is there has been some hostility developing against the police in the United States for about the last five to six years. And of course, this year, it sort of reached a crescendo with the George Ford killing in Minneapolis. And that's discouraged some people from applying for police positions.

Sputnik: Do you think we can expect an increase in crime rates in 2020 due to protests across the country, rising unemployment, and a decrease in the number of police officers?

Jay Corzine: What we've seen beginning in the summer is an increase in the number of murders. And I think in part, that's a reflection of many people becoming discouraged and somewhat hostile because of the lockdowns that we've had here. On the other hand, property crimes have gone down in the summer, and I think it reflects in part with such a high unemployment rate. A lot of people are staying at home more. Burglars, especially, they really don't want to have a confrontation with a homeowner. So with people staying at home, and in US criminology, we call it capable guardians. There's an increase in capable guardians in residential neighbourhoods. So I think those trends will probably continue. But if the unemployment rate goes down substantially, then I would expect an increase in property crimes. If it stays where it is or if it goes up then I think that there will not be an increase in property crimes. I do think there will be a high level of homicides for the rest of the year and we're getting some odd, well, different kinds of homicides that you never saw before. My spouse is also a criminologist who's doing some research on this. But we've had a number of people killed in disputes over mask-wearing.

Jay Corzine: I don't think there's a real close relationship. And to some extent, if somebody has read news stories about, a declining number of police or the term for it in the United States, as popular id de-policing, where the police will answer 911 calls, but they don't intervene in terms of stopping and asking questions of people they see as being suspicious. On the other hand, for most confrontations that end up in a homicide, those happen in a matter of 30 seconds or two minutes. And unless there's a police officer parked around the corner, it doesn't really make that much difference. One thing that I think that has made a difference in the number of homicides is basically, medical care. More people in the United States who could die from a gunshot or a stabbing are not dying. And in part, that's because US hospitals and emergency medical services have adopted a number of procedures that were developed during the Afghanistan war to prevent people from dying in many cases who 10 years ago would die. The other thing that makes a difference - and it's kind of ironic - is it depends on where the majority of homicides and shootings occur in a city and where the trauma centre is. In Orlando we have a very low homicide rate for a city of our size but it's because the trauma centre is located no more than a 10-minute ambulance ride from the area of town where most of the shootings and stabbings occur.

Sputnik: What is the actual reason for the increase of the violent crime rate in general?

Jay Corzine: Frustration for a lot of people. And by that, what I mean, I don't like wearing a mask either, but I do. It makes sense to me that it's something that helps safeguard me as well as other people. The people after a while, there's just a level of frustration and a lot of people are out of work in the hospitality industry. Many people don't see those jobs coming back anytime soon. And they're searching for other types of employment. Some people are finding jobs. Some people aren’t. And then there's also frustration in terms of the lockdown, which is used in many states right now.

So I think it's just a general sense of frustration. And there's been discussions about this. It's not an increase in drug-related murders, which are still the number one category in the United States. And it's not an increase in domestic violence homicides, although that has happened but to a smaller degree, but a lot of the homicides are simply people who encounter each other in a public place and they end up getting into an argument and somebody or both people get the gun out of their car and start shooting. So, right now, the best thinking, I think, it's simply a matter of built up frustrations. And people are more likely to you know what we would call in the United States go off than they were 8-10 months ago before the pandemic hit us.