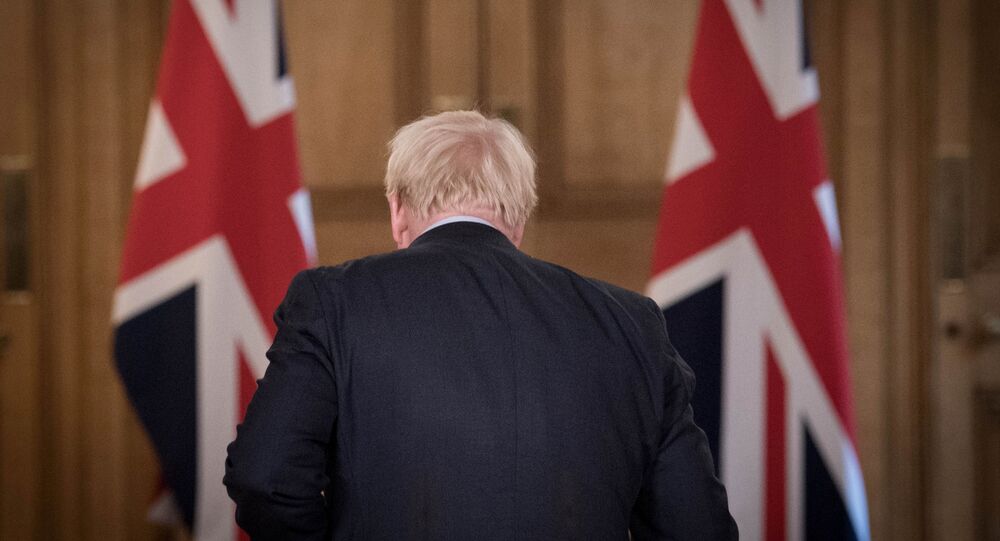 Britain’s former Attorney General Geoffrey Cox has revealed that he intends to vote against the government's attempts to override the Brexit Withdrawal Agreement when it comes before the Commons.

Cox, who is influential both in the Conservative Party and a longstanding Brexiteer, went on to conclude that the hardline approach from Boris Johnson would cause "unconscionable" damage to Britain's international reputation.

Political commentator David Lindsay has shared his views in this interview.

David Lindsay: I think broadly speaking, he is yes, as a Brexiteer myself and so is Geoffrey Cox, I think he is correct on that. This government signed, this prime minister signed, that agreement and really should consider themselves bound by it. If they thought it was a bad agreement, and a lot of us did, and they shouldn't have signed it.

Sputnik: What effect is this approach having on the prime minister's image and support, both within the party and around the world?

David Lindsay: It's probably doing him no harm at all within the Conservative Party - notwithstanding those three former Tory prime ministers, none of whom would get very far in it now. In the world, well I expect it is and in fact I know it is having a lot of damage. The world doesn't take him terribly seriously anyway. He has cultivated this image of himself as a buffoon, and if you do with that, particularly if people are to certain degree removed by being abroad, they will just take it at face value and believe it and when where there is a lot of truth in it anyway, as there is in his case - he has a very poor image internationally - this will worsen it even further.

Sputnik: What problems and opportunities will this approach from the government possibly create for Britain in the long run?

David Lindsay: I suspect in point of fact he'll blink first when it comes to the European Commission; but beyond that, we are trying to negotiate trade deals with the rest of the world which, I warmly welcome. I welcome, in principle, the trade deal with Japan that's already happened, and so on. It is made much more difficult to do that if you have a reputation for going back on your word and that will create huge problems, at least while he remains prime minister in the post-Brexit trade negotiations that are now ongoing and were beginning to come to fruition.

I mean, I am a strong Brexiteer myself, but when it comes to this playing hardball and things like that, I'm afraid that's a rather adolescent approach - most of the time. It can be necessary occasionally, and I don't think we've reached this position in the European negotiations. Frustrating, though they are, this is about his own image within the Conservative Party in the section of his right-wing base in the country at large and I don't think he's done himself any favours with anybody else at all. It's not as if I'm a great fan of people like David Cameron, or Theresa May, or John Major, because I'm not, but that is the situation in which we find ourselves now. I find it interesting that he feels it necessary to shore up his position with his own political base like that. Why did he think that that position was in any kind of doubt?