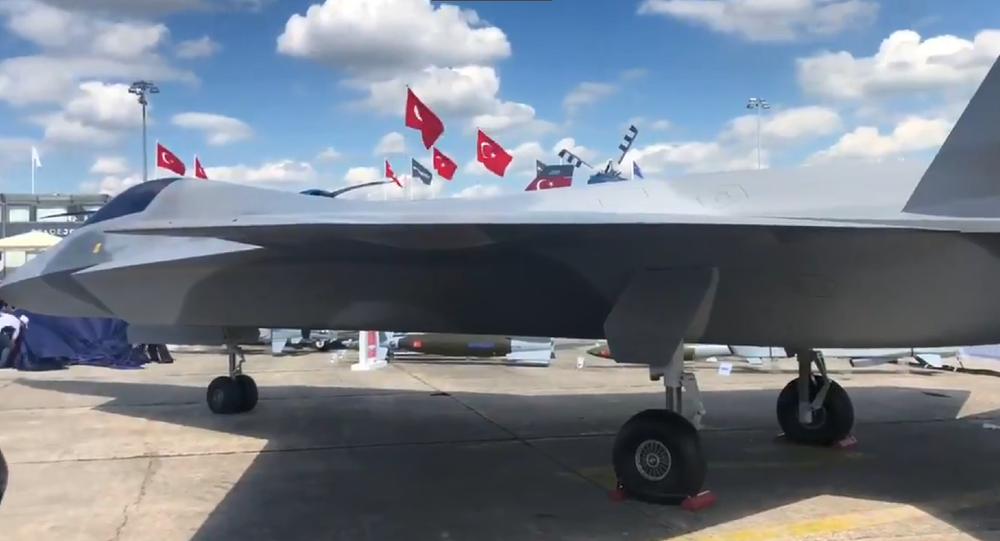 The characteristics of Russian RD-33 engines correspond to those Turkey needs to power its projected TAI TF-X fighter, according to Alexander Vatagin, executive director of UEC-Klimov.

Sputnik talked to Erdogan Karakus, a retired lieutenant general in the Turkish Air Force, ex-head of the Turkish Aviation Agency and the former Turkish air force base commander, to find out what contributes to choosing Russian engines, as well as to learn about the prospects for Turkey creating its own aircraft engine.

"Personally, I highly appreciate the capabilities of Russian engines. Due to the fact that these engines are equipped with a system of movable exhaust nozzles, pilots are subjected to less gravity when accelerating and on sharp turns. In Turkey, more attention is now paid to this issue. Since pilots of vehicles whose engines don’t have movable exhaust nozzles experience significant overloads when making sharp manoeuvres, the gravity effect on their body can increase 8 times compared to their own weight", he said.

"The structure of Russian engines enables this load to be reduced, thus helping the pilot to turn the aircraft more easily while experiencing gravity effect only 3 times their own weight. This feature is very important during aerial combat. Therefore, as an expert, I advocate using Russian engines in our aircraft. Moreover, as you know, we’ve faced certain problems regarding engine supplies after our relations with the United States strained for a number of reasons", Karakus added.

Speaking about the prospects of Turkey producing its own engines, Karakus pointed out that "at the end of 2023, we’re planning to present two aircraft (with a twin engine) based on the five F16 engines that we got".

"These aircraft will make their first flights by the end of 2027. Thus, it will take four years to refine, improve and test the vehicles. At the same time, we are also actively working on developing our own engine. If we fail to establish cooperation with Russia in this area, the chances of creating a domestic engine will increase significantly. Of course, this largely depends on the international political situation. Currently, Turkey and Russia have close friendly relations, which favours the development of this kind of cooperation", he said.