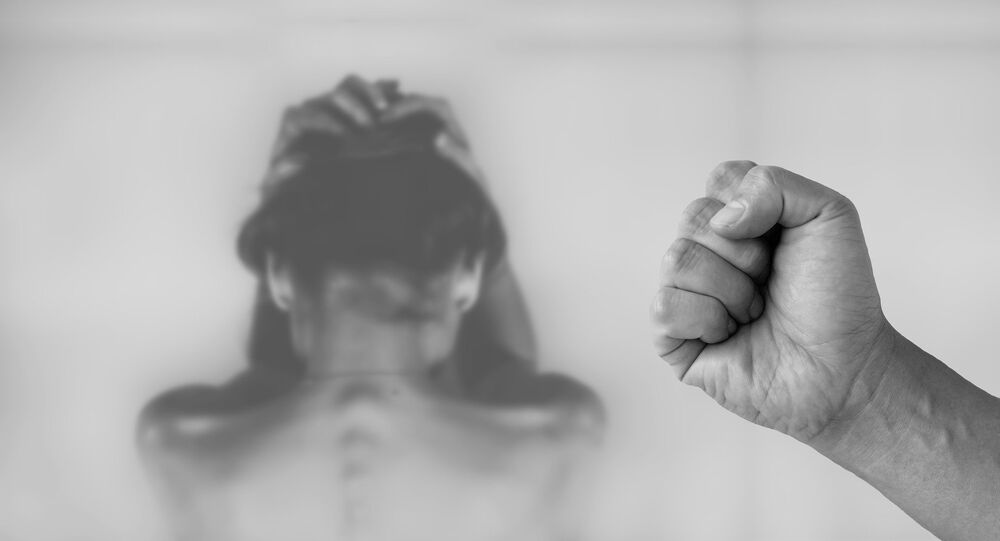 We Need to Hear More Stories From Domestic Abuse Workers on the Frontline, Professor Says

Lockdown has had a devastating impact on victims of domestic violence with cases increasing by 20 percent globally. The pandemic has also taken its toll on the people who help those impacted by domestic violence.

Elyem Atakav, a Professor in Film at the University of East Anglia, spoke about a film she is making that looks at the issue domestic abuse workers faced over lockdown.

Sputnik: How has the pandemic impacted domestic violence victims?

Professor Atakav: The pandemic has been regarded as having a huge impact on domestic abuse victims and survivors, you know, not only just victims but also survivors. In fact, people have been calling domestic abuse in the UK as a shadow pandemic. With the lockdown in particular, the increase in the calls to the help lines nationally has risen, in some cases up to 200%. At a time when domestic abuse services were already trying to meet the challenges imposed by the lockdown and the changes and the nature of the job that they were doing.

There are lots of issues that have been quite invisible regarding the impact of the pandemic on victims. One of the areas that has, you know, been discussed relatively less to other issues is the invisible victims; children, particularly when they're at school, they can go and talk to their teachers or they're away from that kind of violence environment at home, abusive environment, but this time when all the families were or places where families have experienced abuse during the lockdown, obviously children had to be exposed to that violence. So that's one area that has seen a huge impact.

Sputnik: How have organisations been supporting clients during this time?

Professor Atakav: They've been absolutely amazing in my view, they have worked really rapidly and they have had to be really agile to the responses to the challenges of the pandemic really posed upon them. Obviously with the lockdown, they had to move from face to face support to remote support over telephone conversations. But at the same time, using more social media or WhatsApp calls or Zoom calls to be able to connect with those people who were in need.

They become domestic abuse support workers for a particular reason because they probably have experienced abuse, and they would like to help others and to provide that support. And when they're providing that support, if they're essentially with the lockdown, they are taking those phone calls, for example from people who are in need or in danger or who are being threatened by domestic abuse in their own homes. So they were domestic abuse, key workers essentially struggling at home with the lockdown with the virus with the whole pandemic idea with homeschooling, in some cases, with other responsibilities and so on.

But in addition to that, they had to bring work home and working from home is pretty much similar to most of us and what we're going through, but working from home is made much more problematic for them because they were listening into abusive experiences of people, and they had to deal with it in their homes, and they didn't have that gap, that space between home and work.

Sputnik: Could you tell me a bit more about your film you’re hoping to produce from these interviews

Professor Atakav: Absolutely. So we have over 20 interviews, all recorded on Zoom in a way reflecting the aesthetic or the visual aspect of the pandemic, because we will be using those kinds of technologies where possible to communicate with others. So all of those interviews were recorded on Zoom. And as an academic, I see my role as responsible for collecting evidence. And as a film studies scholar, I see that as collecting visible evidence is important. So that's what I've been trying to do in the last few months trying to collect that visible evidence, collect what's been going on to the frontline key workers of the Domestic Abuse Services in England, or in the UK in general as well, so that we could shed, you know, shed light on this issue because there's a lot of stories around victims and survivors in the media.

In the media, there are lots of stories around organizations and they're very important, valuable reports that are coming out. But we really need to also need to hear about the stories and experiences of those who have worked on the frontline so that we can understand the challenges that they met, but also the strategies that they identified and, and worked with, which may be much more useful in the future, particularly if another surge occurs.