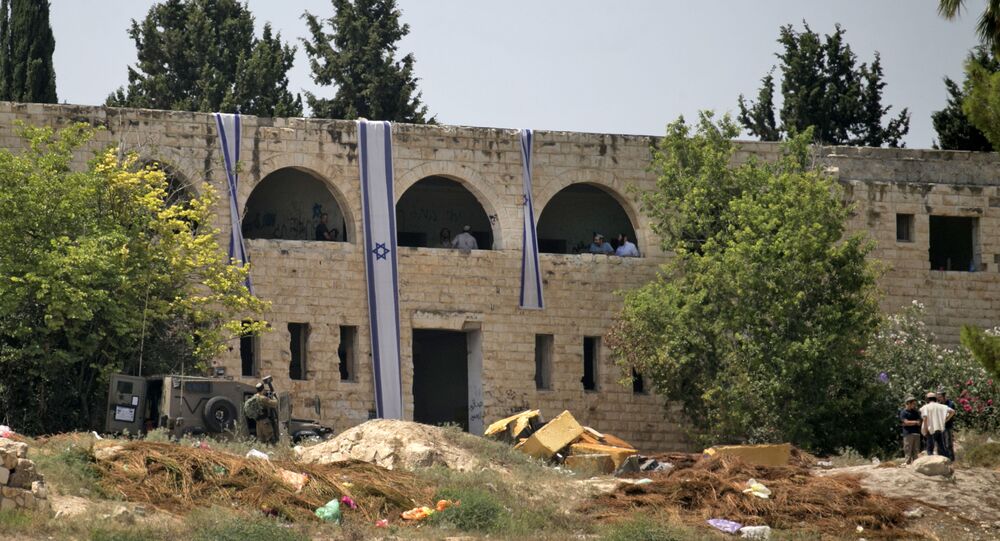 Ayub Kara, a former member of Likud, once predicted that disengagement from Gaza would pave the way for Hamas' takeover of the Strip but then-prime minister Sharon wouldn't listen. Now, he says his party's lawmakers are no longer naive and that means that another withdrawal is out of question.

When then-prime minister Ariel Sharon decided to pull Israeli forces out of Gaza and dismantle the 22 settlements dispersed across the Strip, Ayub Kara, who at that time served as a member of the hawkish Likud party, felt concerned.

For him, it was a no-brainer. True to his ideology, which sees the Gaza Strip as part of Greater Israel, he warned Sharon that the move would shatter his position among the country's conservative voters.

Going Against the Stream

But Sharon wouldn't listen, and went ahead with his decision, something that prompted Kara to vote against the move, once the disengagement bill was presented to a vote in the Knesset.

In fact, he was one of the six Likud members (out of 42), who dared to vote against Sharon's decision, showing that the ideology of the party was of much greater importance than the political decisions of its leader.

"I felt content with my decision. It sat well with my right-wing views and with the ideology of the Likud, that rejects any withdrawals from Israeli lands. I would have supported a good plan if I saw one. The trouble was that what Sharon presented to us was extremely bad for Israel."

However, Sharon didn't feel that way. From 2000, when the Second Intifada erupted, until 2005, Palestinian terrorists had killed more than 80 Israelis in the Gaza Strip, many of whom were murdered inside the Jewish settlements located in the area.

The Jewish communities of the enclave had also suffered indiscriminate rocket attacks and within the five-year period, Israeli authorities registered 2,500 attacks, many of which resulted in heavy losses.

© AFP 2020 / Ahmad Gharabli
15 Years After Israeli Disengagement, Ex-Gaza Settler Opens Up On Life and Memories He Left Behind

Sharon was determined to put an end to this bloodshed, but Kara says he never realised the repercussions of his move.

"I know the Arab nature more than anyone else," said Kara, referring to his Druze roots. "I know that if you give up, it will be interpreted as a sign of weakness and that means Israel would need to pay a costly price for that move."

Soon enough, Kara's predictions were fulfilled. A year after Israel's withdrawal from the Strip, Palestinians held their second legislative elections, which paved the way for the victory of Hamas, an Islamist group which Israel has declared a terrorist organisation.

By mid-2007, they already "ran the Gaza Strip" after seizing control over the enclave, ousting Fatah officials that had been in control.

Over the years, and especially since Israel removed its close on-the-ground supervision, Hamas has managed to accumulate an impressive arsenal of weapons, and unlike in the past, their rockets can now fly much farther, reaching remote areas of Israel, not just its southern communities.

In 2004, for example, Hamas rockets were able to reach territories within ten kilometres. Ten years later, some of their rockets could reach targets 160 km away.

Similarly, if before the disengagement, Israeli towns had seen 2,500 rockets and mortar shells, between 2005 and 2016, the Jewish state registered more than 11,000 launches.

But although the reach and the capabilities have improved, the number of those killed or injured as a result of those attacks has actually fallen, prompting some Israeli experts to believe that Israel's withdrawal was "one of the best decisions the country has ever made".

© REUTERS / Mohamad Torokman
15 Years On, Ex-Mossad and IDF Top Brass Still at Odds Over Decision to Disengage From Gaza

Nevertheless, Kara insists that the decision was "bad for Israel" and says that Israel now realises that another, similar move -- this time in the West Bank -- would be out of question.

"Many Likud members now understand how naive they were back then," he said, alluding to Prime Minister Benjamin Netanyahu, who supported the disengagement plan back in 2005.

"And, therefore, they will never accept a similar scenario happening in the West Bank," he added, stressing that the Likud party was still committed to bringing peace between Israelis and the Palestinians.

"We will not make unilateral withdrawals again and neither will we wait for Palestinians to sit down for talks. We will continue to boost our relations with the Arab world to end this conflict one day," Kara summed up.