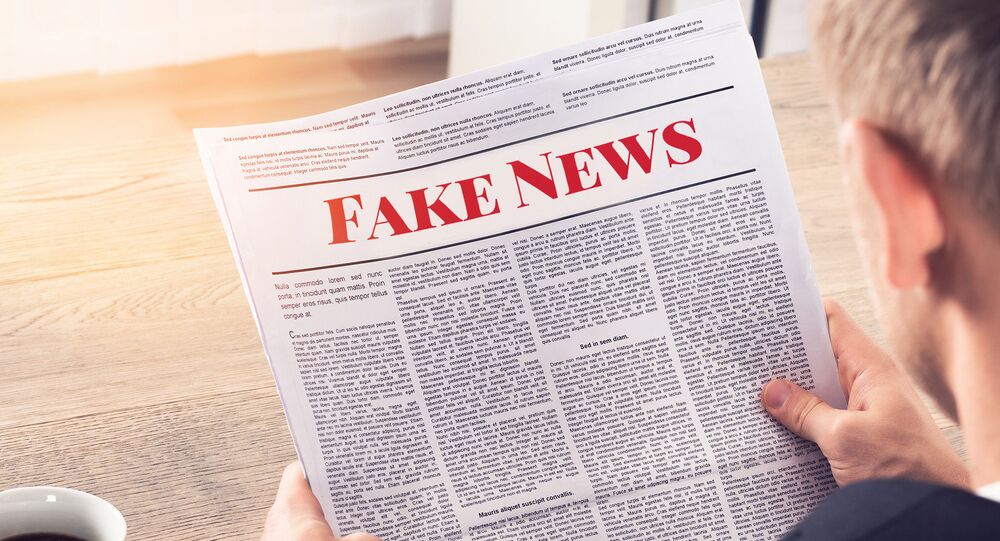 An expert told Sputnik on Wednesday that a recent story claiming Russians were behind disinformation about COVID-19 spreading in the US was “remarkably insubstantial,” noting it’s a central principle of press freedom that differing opinions can be published without being labeled as “fake news.”

In a report by the Associated Press on Wednesday, US intelligence officials claimed agents of the Russian intelligence agency GRU are behind a wave of disinformation about COVID-19 in the United States. As proof, they cited three obscure, English-language websites ostensibly linked to two former GRU members.

Daniel Lazare, a journalist and author of three books - “The Frozen Republic,” “The Velvet Coup” and “America's Undeclared War” - told Radio Sputnik’s Loud and Clear Wednesday the story has zero substance, as the pages are clearly little more than opinion sites without a US audience in mind.

Lazare noted that even the stories the AP cites “don’t strike me as especially false. They are pro-Russian, they spin things in Russia’s direction and Russia’s favor, but everyone does that, and that’s not necessarily what ‘fake news’ means. And in terms of the coronavirus, all the website apparently did was to put up one story saying that maybe [Russian President] Vladimir Putin’s attempts to help the US early on in the pandemic may pave the way for some kind of a rapprochement in US-Russia relations. Nothing wrong with that, as far as I could see.”

“And another story … just simply reported what the Chinese were saying, which is that they were accusing the US at one point of using the coronavirus as a bioweapon. Now I don’t think that’s correct, I think the Chinese government was wrong, but that story was widely reported at the time, so I don’t see why this amounts to ‘fake news.’”

Loud and Clear host John Kirakou noted one of the websites, OneWorld.press, seems to host little more than opinion pieces and editorials by Eastern Europeans, as does another, Infobrics.org. The third site, InfoRos.ru, isn’t even in English, contrary to what AP claims.

“It’s an opinion site, and it seems to me [that] the opinions that it expresses that in some cases seem to be anti-Kremlin,” Lazare noted. “People are allowed to express various points of view, positive or negative. That is supposedly their right; supposedly that is what a free press is all about. So the free press exists for everyone except Russia? That doesn’t make sense to me, and I don’t think it makes sense to anybody.”

Lazare said the sites might simply be “clickbait farms,” which use the mass of commentary they get from users to extract marketing information or for other commercial purposes. “There’s nothing wrong with that, either,” he said. “That’s what the internet is all about.”

He told Sputnik that what’s really behind the AP’s sensational story is that “certain people with connections to Western intelligence agencies … are trying to stoke the fires of US-Russian animosity.”

“So they put these stories out, the stories sound ominous - ‘Oh my god, Russia, fake news, terrible, terrible, something must be done’ - but when you look at them closely, they’re just, like, remarkably insubstantial.”