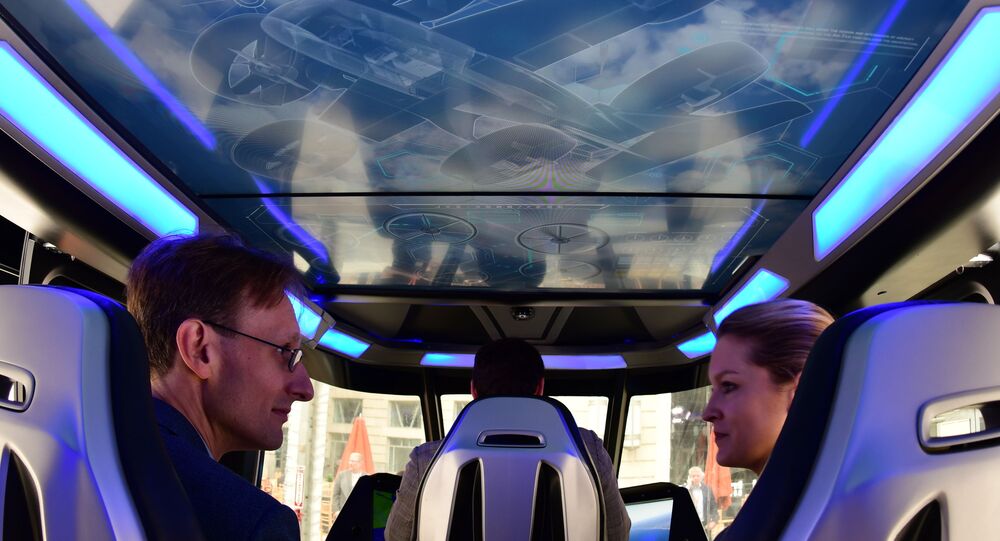 A landmark white paper setting out a route for Britain’s Government to accelerate its drone industry and transform the UK’s capabilities has been presented to the parliament this week following unanimous industry support.

Paul Cureton, a Senior Lecturer in Design at Lancaster University, looks at how drones and autonomous technology can transform regions in the future.

Sputnik: How can drones change our cities and lives of citizens, in the future, post Coronavirus?

Paul Cureton: Drones are changing the way we live dramatically already. Post-Covid, we're seeing medical delivery trials, we're seeing all sorts of experiments and new infrastructure being put in place in various cities across the world. So, we can see in the UK, there are drone delivery trials outside of Cambridge. We can see drone delivery trials in the Isle of White. We can also see aerial vehicles being trialled in America, Germany and other countries, and China as well.

Sputnik: What changes would we need to make to our cities and urban areas to maximise the most out of this new technology?

Paul Cureton: Well drones and aerial vehicles, or VTOL (vertical take-off and landing) normally have safety features within them. So, parachutes, any large payload vehicles will have all sorts of safety devices. It's a safety-first culture in aviation, and that's going to be applied to the cities as we go forward. There's going to be an urban traffic management system just like you have at the moment for aviation so that will control the lower airspace, and to allow various drones to communicate to each other as they move through a city space. But physically in terms of our environment, we'll see things like landing pads for drones, and there's development in London at the moment by Farrells architects who are looking at drone delivery paths and landing areas. We'll also see helipads, using existing helipads that we have in various cities, making use of those for personal aerial vehicles and there'll be new sorts of drone ports being proposed by architects and various designers as well. But where they situate themselves in a historic city, it will probably be outside on the periphery, but we will have to see.

© AFP 2020 / ALEXANDER KLEIN
A man controls an IT 180 Unmanned Aerial Vehicle (UAV) with vertical take off and landing capability (VTOL type) on June 13, 2010 in Villepinte, outside Paris during a demonstration as part of the Eurosatory defence international fair.

Sputnik: What new drone technology can we expect to see being developed in the coming weeks, months, years to help support changes across cities towns and other urban areas? and again, how much of that will be influenced by the changes that have been brought on from Coronavirus?

Paul Cureton: Well, I think automation can allow us to deal with issues such as social separation, social distancing, so that's really important. I think in terms of how economies and the way we work it will change dramatically. There's a big talk about the fourth industrial revolution, so new innovations in robotics and the built environment are going to come through, so drones being used in construction. We can see drones being used as what's called last-mile delivery in terms of logistics of delivering parcels and the like. So we're going to see a big economy arising out from this area. We're also going to see personal aerial vehicles coming through. For the price of an expensive SUV, you can buy yourself a personal aerial vehicle, if you like. There are trials in China with E-Hank and there are other companies that are involved such as Lilian. There are many others, Airbus, Lockheed Martin, lots of other major players are all developing these systems. So it's about how aviation is aviation is changing, how cities are innovating and how we're building ourselves and developing capabilities for the fourth industrial revolution.

Sputnik: What challenges do these companies need to overcome to ensure that this wave of new technology is successful, and again, most of all safe for consumers but also the companies which are using this new technology?

Paul Cureton: Well, various governments are working on policies and systems to get this in place. The UK government at the moment are doing a future flight challenge. They're looking at developing the urban traffic management system and it's as I said a safety-first culture. We need to get cities safe for them to operate within and we also need to think about the various applications and uses. There's a policy need, there's going to be legislation coming forwards and there's going to be that innovation that's going to continue as businesses look to new models of working post-Covid.