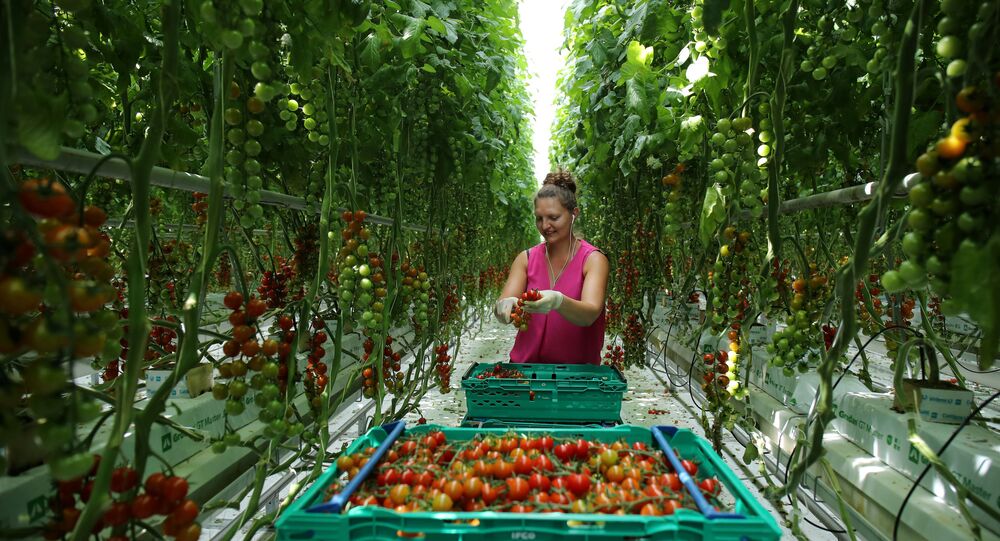 “Pick for Britain” is a Smoke and Mirrors Campaign – Political Commentator

According to reports, the British economy could be set to suffer a five percent annual deficit by 2024, as a result of the coronavirus pandemic. Unemployment rates are also speculated to skyrocket. But just how will Westminster be able to protect both the UK’s domestic industries, and jobs going forward?

Political commentator Pete Durnell has given his take on whether the newly launched "Pick for Britain" campaign, aimed at offering farm jobs to members of the public who have been furloughed, is going to be effective.

Sputnik: Could you describe your experiences in applying to take part in the "Pick for Britain" campaign?

Pete Durnell: These campaigns are pretty much smoke and mirrors. The whole process of applying for these jobs is based around the assumption that you will be travelling from Eastern Europe to work over here, during this you can actually be directed to Facebook pages in Romania, and some of the jobs actually specify that you must be able to speak Bulgarian or Romanian fluently.

Since we started applying at the end of March, we’ve been notified about just one potential role, which was about two hours’ drive away, because we wanted to drive to do the work. We went through a long-winded online interview process, we signed up to all the different recruitment agencies involved, and there are a lot; these campaigns are just fronts for these agencies normally.

© East News / Justin Tallis
UK Needs 'Cultural Shift' to Avoid Being Damaged by Lack of Low-Skilled Foreign Labour - Journalist
The one role that we did get notified about, the job description made it very clear that we would be expected to share a cabin onsite with up to five others, not have access to your car, and essentially our wages would be deducted by fifty seven pounds per week, which is the legal maximum per person, per week.

We would have had to sign up to this for six months, pay for our own electricity, and you have to bring your own sleeping bags and pillows, so to be honest; we didn’t apply, and I can imagine a lot of local workers wouldn’t have done either.

Pete Durnell: Businesses exist to make profit, and for many of them labour is their largest cost, so if they can drive that down by any means; they will do, and we know that freedom of movement, particularly from Eastern Europe, has given companies in the UK, this huge and unlimited workforce.

They have to work for what is a large wage to them, but it’s the lowest wage legally allowed in the UK.

Sputnik: How will Britain be able to become more self-sufficient after the coronavirus pandemic, in terms of the workforce and in areas such as manufacturing?

Pete Durnell: I think that the first thing we need to do is recognise that the Coronavirus and Brexit combined are going to change the way that we do things, so whilst the effects of the Pandemic have been devastating for people and for businesses; it’s also highlighted the need for us to be more self-sufficient, particularly with essentials such as medicine and food.

We need to simplify and shorten our supply chains. Rather than the government putting out these flashy campaigns, with Prince Charles getting involved, which will only encourage people to apply for jobs that they won’t even get, because the farmers are still holding out for their Eastern Europeans. I’d like to see the government working with the farmers and getting their hands dirty so to speak, and actually helping them to find ways to employ local workers.

There has been a campaign in the supermarket chain Morrison’s encouraging people to buy British produce, so I’d like to see all of the supermarkets doing that, and hopefully in return the farmers would start employing British people, and be able to do that financially.