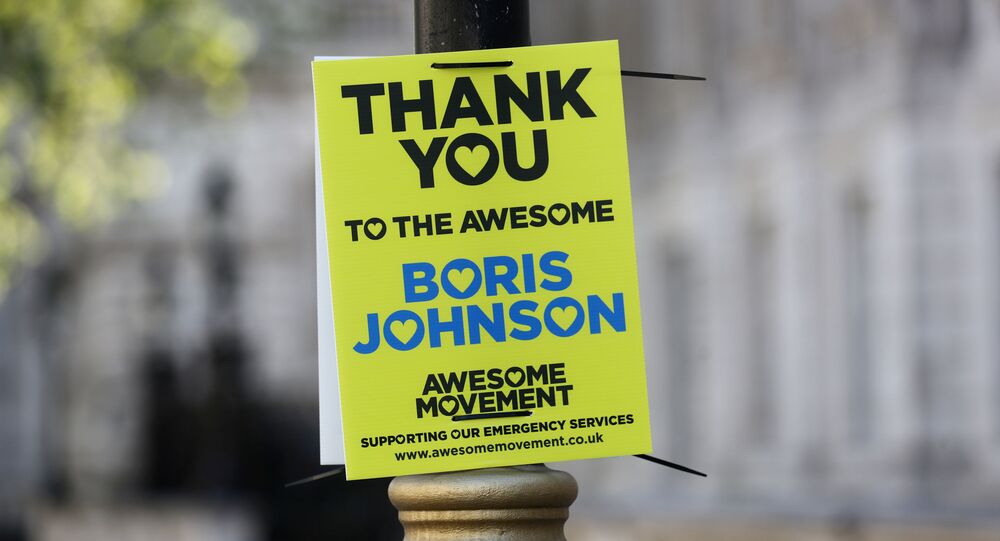 The British Government’s plans to procure more personal protective equipment for the NHS have taken a hit after it emerged that the commercial supplier that Westminster had lined up in Turkey does not have enough stock.

An RAF plane landed in the UK this morning after flying in from Turkey with around half of the ordered materials, but it remains to be seen when the rest will arrive.

But just what will the lack of PPE mean for the UK’s hospitals, as they continue their fight against the Coronavirus Pandemic?

Mike Swadling from the Croydon Constitutionalists gave his views on the matter.

Sputnik: Will the British Government be able to secure adequate supplies of PPE for the NHS in the coming weeks?

Mike Swadling: There is a global demand for this stuff, and clearly supply chains are going to find it difficult to fulfil, and I imagine that it will always look over the next couple of months as if we are about to run out, that is the nature when there is a high level of demand for any product.

There are lots of stories that have come up about people being worried about running out, but it’s not clear that any point we ever have, many of these stories have come from people who are activists as much as they are healthcare professionals, so I’m somewhat suspicious of that.

I think the Government has done a tremendous job in meeting our unprecedented amount of demands, and it does appear that some more manufacturing could be done in the UK, but we haven’t yet hit a crisis when frankly it wouldn’t have been unreasonable if we had.

Sputnik: What is your take on Westminster’s overall handling of the Coronavirus Pandemic?

Mike Swadling: I’m very nervous about the amount of draconian powers that the Government has taken, and I think that Government always wants more power, it always wants to limit people’s freedom, and it’s important that we stop them from doing that.

They had to initially, and it will be good to see some of that moved back as soon as possible, but my biggest worry with them at the moment is with the exit plan they published last week; there are some reasonable points in it, such as the NHS being unable to cope, and a fall in the death rate, clearly these are things that we want to see before we start to lift the lockdown.

The Government needs to put some reassurance and some metrics in place that they are going to lift this, and start treating us like adults, to keep the British people onside.

Sputnik: How will the British economy be able to recover from the impact of the Coronavirus Pandemic?

Nobody is going to be flying for quite a while, there are be massive airport duty taxes when you fly them out of this country, so really you need to remove disincentive from flying, so reducing the duty taxes and getting more people on planes, will bring in far more revenue than by ratcheting up rates.

We saw it when the British Government reduced income tax from fifty percent to forty-five percent at the very top rate, they got a lot of flak for that as it does only affect the very highest earners, but more money comes in for public services.

In the future, the UK is going to have to do that to bring in more money to pay off the colossal debt that has been built up.