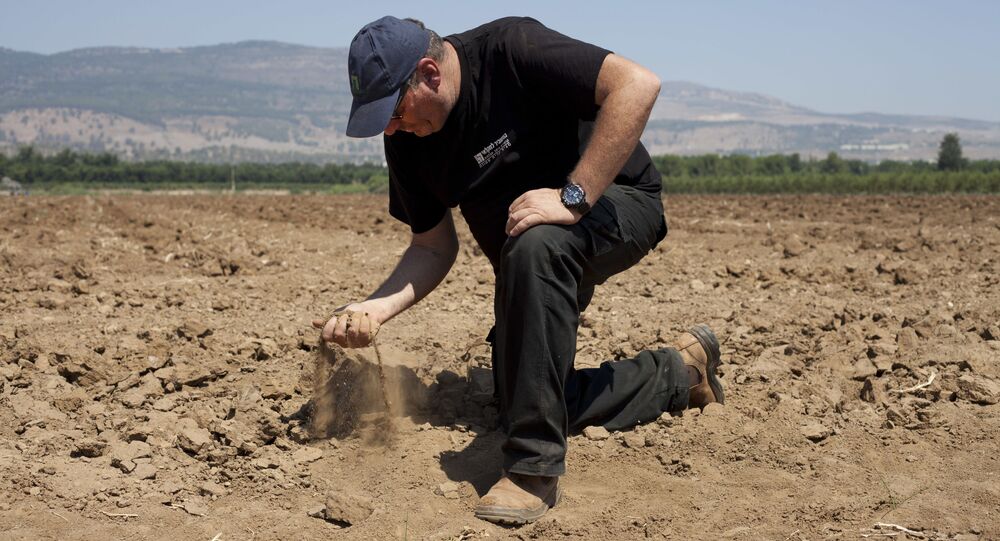 The spread of Coronavirus has shut down 70 percent of Israel's small and middle-size businesses, cost more than a million Israelis their jobs, and devastated the farmers of the south. Although the government had pledged assistance, it is a drop in the ocean and might not suffice to keep the economy afloat.

COVID-19 continues to claim the lives of Israelis, with more than 70 people reported dead and over 9,400 others infected with the virus.

According to official data, most of those who were infected in Israel picked up the virus in synagogues (29 percent), whereas shopping malls, grocery stores and restaurants came in second with 26 percent of registered cases.

It was for this reason that Prime Minister Benjamin Netanyahu announced on Monday a series of strict measures that included a lockdown of entire cities as well as the closing down of malls and grocery stores from Wednesday afternoon (groceries were shut down yesterday but the lockdown was imposed on Tuesday)  and until Friday morning, an unprecedented move that took place amid one of the busiest periods for Israel's supermarkets - the Passover that kicked off on Wednesday night.

For Eran Fold, the owner of a greenhouse that grows flowers, herbs and vegetable seeds in Nativ Ha-Asara in southern Israel which supplies them to clients across the country and abroad, this period was supposed to bring profits. Instead, he is now counting his losses.

"In March alone we lost more than $500 thousand, plus I had to lay off almost half of my staff to be able to stay afloat. If it continues like that in April, it will be the end of my business."

Before the eruption of the virus, Fold's three trucks used to distribute his products to merchandisers and wholesalers across Israel on a daily basis. Half of his produce was sent to Europe. Now, however, the trucks are parked, and Europe has been facing its own problems due to the pandemic and has quit buying. Fold has decided to "close the tap" and stop watering some of the plants to minimise costs.

Handling hardships is nothing new for Fold and the other farmers of the south that have been threatened by rockets from Gaza since the early 2000s. With his greenhouse located only 300 meters away from the Gaza border, rockets emanating from the enclave would often mean a shutdown of his business.

Such was the case in November 2019, when Israel assassinated one of Gaza's top military commanders, Baha Abu Al Atta. A barrage of more than 450 rockets that followed hours after the pinpointed killing prompted Israel to close down entire towns and villages in the country's south, paralysing many of the region's businesses.

"Back then, when big part of the country was under a lockdown, we couldn't work our lands, due to proximity to the fence. Now we can do so, but nobody will be buying, and that means that produce that won't be sold right now, will need to be destroyed"

Fold is not the only one who has experienced  the economic repercussions of COVID-19. Since the beginning of the crisis, more than a million Israelis have lost their jobs, with the unemployment rate hitting a record 25 percent, the highest since the establishment of the State of Israel in 1948.

Most of Israel's small and middle-sized businesses that in 2018 numbered some 540 thousand had to close down, with the exception of 30 percent that were able to prove they provided "essential services".

According to estimates, Israel is set to lose some $25 billion as a result of the pandemic, the worst damage since the crisis caused by the Yom Kippur War in 1973.

In a bid to tackle the dire economic repercussions, Netanyahu has pledged some $22 billion to keep the economy afloat. Half of this sum will be invested into the support of Israel's businesses as well as the bolstering of the country's health system. The rest of the money will be distributed among those in need in the form of social benefits.

"The government invests what it can and I am not in the position to tell them what to do, but I do think they need to help businesses and private investors because if they don't, that would be the end of our economy".

Meanwhile, until the government figures out a way forward, Fold is not sitting idly by. "I, together with other farmers in the south, started advertising our products on social networks and specifically on Facebook in an attempt to attract individual buyers."

That proved to be a difficult task not only because Israelis, many of whom are now jobless, prefer to keep their money close to their chest, but also because selling the produce of greenhouses that sit on 22 acres of land to individuals needs staff and aggressive commercial campaigns, things that Fold is lacking.

"I hope that the measures that the government has taken will prove to be efficient. After all, people's lives is the most important thing but they also need to remember that if people are jobless and struggle to put food on the table, that would be devastating for the entire country."