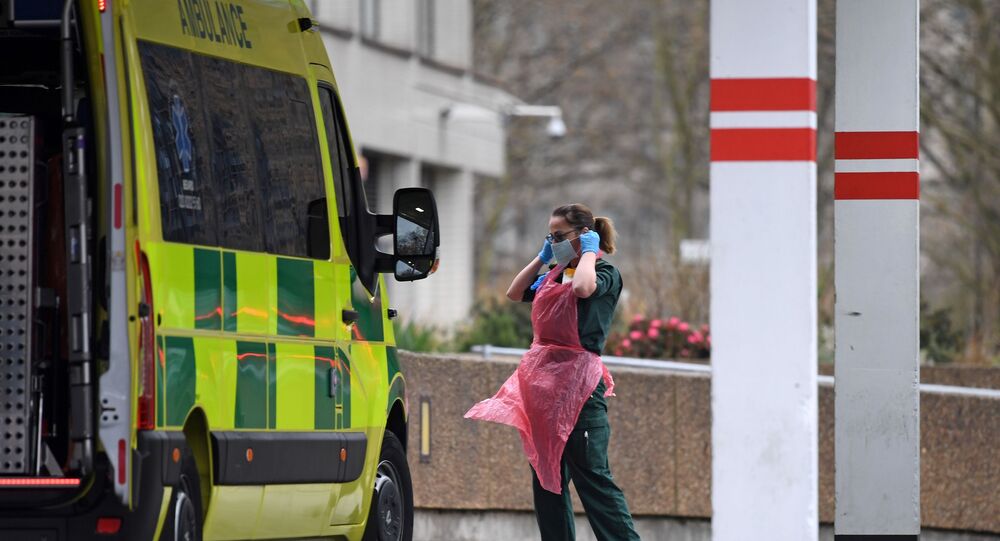 According to reports, one-fifth of British businesses will not be able to survive for more than one month of the coronavirus lockdown.

The news comes after the UK’s Chancellor of the Exchequer Rishi Sunak introduced measures to help offset the economic damage caused by the pandemic, by agreeing to pay emergency wages to workers who have proven loss of earnings.

Fears have now emerged that said money will not be able to be paid into the people’s bank accounts until June, a scenario which could prove disastrous to many.

But just how long will the UK’s Coronavirus lockdown last? UKIP’s Graham Eardley shares his views on the matter.

Sputnik: Has the British Government done enough thus far to protect businesses from the impact of the coronavirus pandemic?

Graham Eardley: I think it’s doing as much as it can, and it keeps making efforts as soon as things are brought to its attention, such as the self-employed and sole traders, but it can always do more as far as business is concerned.

Sputnik: Will the UK’s economy be able to swiftly recover once the pandemic is over?

Graham Eardley: Can any economy globally recover? President Trump is set to pump trillions of dollars into the economy in America, countries throughout the Eurozone are having to pump money in, as well as the UK; eventually, I can see us having to have another summit similar to the 1944 Bretton Woods Summit, that brought about the Bretton Woods monetary policy.

Sputnik: How will the coronavirus pandemic affect Brexit?

Graham Eardley: I’ve seen comments saying that the UK should extend the Brexit transition period, or even remain in the EU because of the coronavirus, which I think is absolute rot; we voted to leave and the government’s policy should be to adhere to it. Although things down the line may get a little delayed, it would only be a short delay. At the moment, and given predictions of this ending in April, I can still see the UK leaving at the end of the year, but the longer it drags on, the less sure I am of the UK leaving.