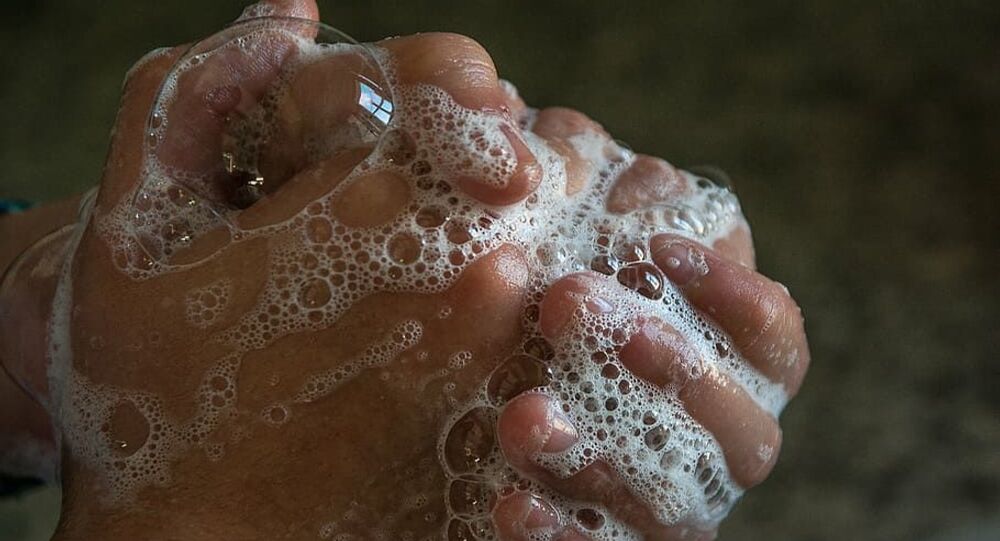 Poor water infrastructure in the US could put some marginalized communities at risk, especially amid the coronavirus pandemic, Mary Grant, the director of the Public Water for All Campaign at Food & Water Watch and a policy analyst on US water utility privatization, told Radio Sputnik’s Loud & Clear Friday.

“World Water Day is every year on March 22, and it’s a program of the United Nations,” Grant told host John Kiriakou. “And it’s supposed to celebrate access and promotion of universal access to safe water and sanitation. This year’s theme was water and climate change, how climate change is impacting our water system, but it happened during this global pandemic. So the theme that was taken on was the importance of water, handwashing and sanitation and public health.”

According to the US Centers for Disease Control and Prevention (CDC), around 780 million people around the world don’t have access to clean water, and around 2.5 billion people don’t have access to improved sanitation. An improved water source is defined by the CDC as “piped household water connection, public standpipe, borehole, protected dug well, protected spring and rainwater collection.” Improved sanitation facilities “ensure separation of human excreta from human contact” and could include “a piped sewer system, a septic tank or a pit latrine.”

“So, what we see is that in the US, there’s still about 2 million people who lack water, in the US right now. It’s water that’s unsafe. They don’t have indoor plumbing. This is particularly true among the Navajo nation, in indigenous communities, lacking basic infrastructure and indoor plumbing in the US. We also have many communities across the country with unsafe water, water that's contaminated. Health-based contamination of drinking water quality disproportionately impacts rural communities, communities of color and low-income communities in the US. So, across the country, people are struggling with basic access to safe water,” Grant said.

“On top of all of this, our water systems are aging. They’re reaching the end of their youthful lives. We need to spend more than $35 billion a year just to comply with existing federal law in the US. And so, this is putting a huge burden on localities that are passing costs on to their rate payers, and we are seeing water rates go up across the country. They’ve increased by three times the rate of inflation for the past 15 years, and it’s really putting a burden on local households,” Grant told Sputnik.

“One study from Michigan State University found that as many as 1 in 3 households nationwide could struggle to pay their water bills. Right now, what we’re calling for is a nationwide moratorium on water shutoffs, because it’s a simple reality that when people get a bill they can’t afford to pay, they can’t pay it,” Grant told Sputnik.

“Utilities typically use one of two collection methods that are rather punitive. The most common one is the shutoff: we estimate that as many as 15 million Americans experience a water shutoff a year for nonpayment. So, they struggle to pay their basic water bills and to have that basic water access. So, that affordability crisis in particular is getting worse right now,” Grant explained.

The 2017 study also found that if water bills increase at estimated rates over the next five years, “conservative projections estimate that the percentage of U.S. households who will find water bills unaffordable could triple from 11.9% to 35.6%.”

With more than 101,000 confirmed cases of the COVID-19 coronavirus in the US, water shutoffs could pose a great danger to people trying to protect themselves from the disease.

“The federal government has urged localities [to ban utility shutoffs], but they’re still doing it voluntarily. There’s no federal mandate. A couple of states have put state-level mandates …  like Indiana, Maryland have imposed mandates that there should be no water shutoffs for nonpayment during a pandemic and this global health emergency. As of yesterday morning, more than 400 communities and states have suspended water shutoffs … for nonpayment. So, this is protecting 148 million people in the US from losing water service. So, this is more than 40% of the population,” Grant explained.

“Climate change is affecting access to water, and water affects climate change too. Water is getting warmer, leading to more contamination. We have more weather events … which causes more runoff, which causes more contamination of water supplies. So, these hydrological systems are so interconnected, you can’t talk about one without talking about the other. And one of the biggest impacts of climate change is going to be on our water systems - access to safe water, access to water at all. We’re seeing scarcity around the world. In the US, it’s in the western states in particular where water scarcity is going to be a big issue. On the East Coast, it’s too much water, causing water runoff and contamination of water supplies,” Grant said.