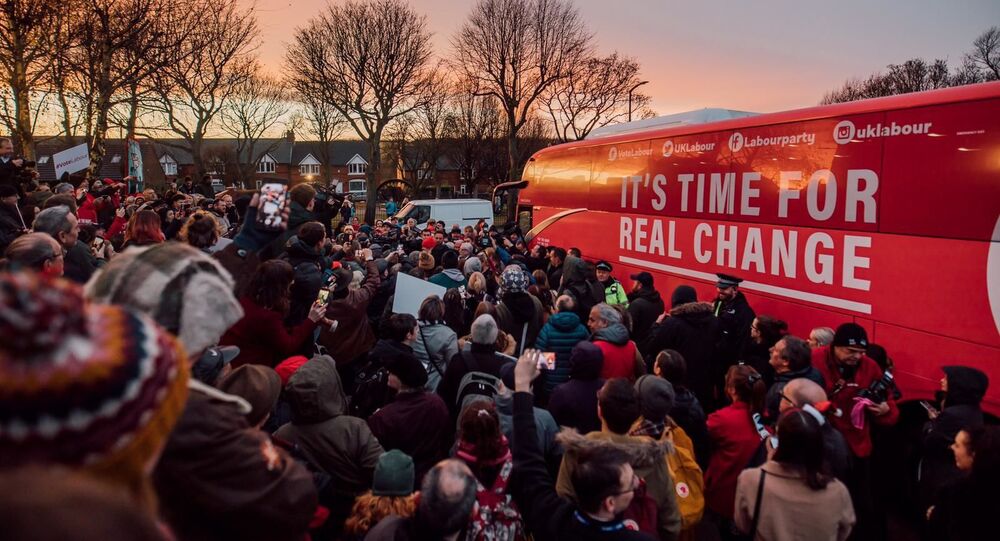 Labour is currently in the midst of a leadership contest, with MPs Rebecca Long-Bailey, Sir Keir Starmer and Lisa Nandy battling it out to succeed Jeremy Corbyn, who is set to resign in the coming months.

Political commentator Keith Rowe gave his views on whether the party should heed Blair’s warning and take a step back from what many consider to be overly left-wing policies.

Sputnik: Should the Labour Party heed Tony Blair’s advice and revamp its policies?

Keith Rowe: There’s no doubt at all, that if the Labour Party doesn’t move away from this hard-left position; they are just going to make themselves more and more irrelevant.

I think Tony Blair is probably right, in that if the Labour Party is going to regain any relevance for the future; it’s going to have to move back to the centre and try and have some policies that people can connect with.

Sputnik: Who do you think will win the Labour leadership contest?

Keith Rowe: The first thing that I’d say, is that I don’t think any of the candidates that stood, never mind the ones that it’s been narrowed down to, are really what I would call Prime Minister material, and I think that they are all stop-gap candidates.

I suspect very strongly that this particular race will be won by Sir Keir Starmer, he seems to be everybody’s favourite. Still, I’m not in the know as to who the members will actually vote for when it goes out to the postal vote, but I can’t see any reason why that would be wrong.

That being said, I still disagree pretty much with everything he says, but he’s a far more credible leader for future elections, and I think that it will either be him or one of the others, but I am not sure that whoever wins this particular race, is going to stay in the leadership position for that long.

Sputnik: Could Boris Johnson lose popularity if he fails to deliver Brexit by the end of 2020?

I think he will lose a huge amount of credibility and support if he doesn’t actually follow through with that, he’s talking tough at the moment, and what he is saying in terms of the EU is right at the moment, although he has already made some huge gaffes in some of his policies.

I think Boris Johnson has got to get himself back on track and see where he’s really coming from, as I think that some of the mistakes that he’s made recent weeks, such as allowing Huawei to take part in our 5G network, and therefore upsetting the Americans and others, and also his decision to go ahead with HS2, they are positions that I think the Brexit leaning public, would disagree with.

If Boris Johnson loses more credibility by not going through with his main thrust of policy that he stood for election on; then he will really do himself no favours, he has to, and he has to go further than that.

Boris Johnson not only has to go further than what he said on the EU, but he has to prove to those in the north of England, that he can actually be a Prime Minister for the whole country. The North and the Midlands, and Scotland, and other regions all need to benefit; it cannot be just London-centric still, so he’s got a lot of work to do.