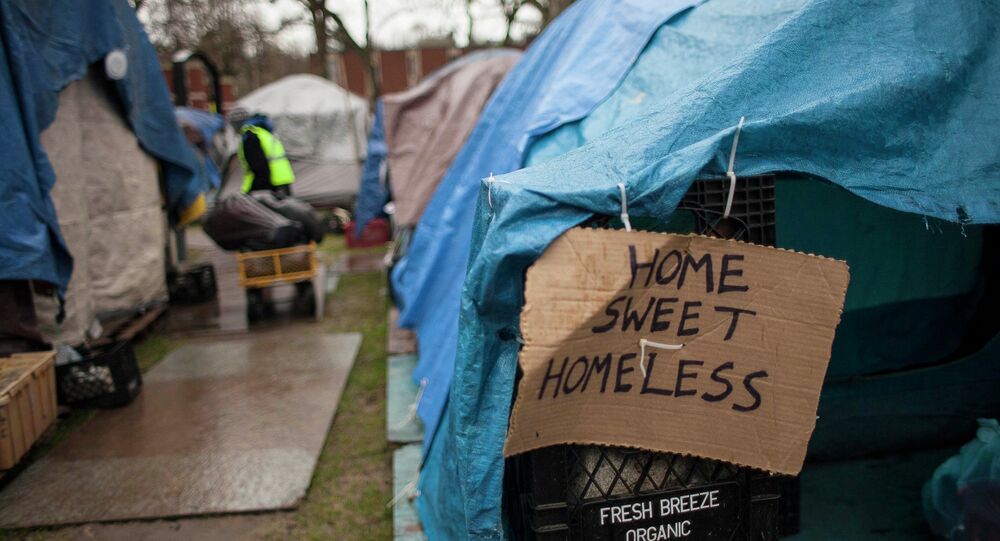 A new study by the US National Center for Homeless Education (NCHE) reveals that more than 1.5 million students were homeless in the US during the 2017-2018 school year, a symptom of housing under the capitalist system, Derek Ford, an assistant professor of education studies at DePauw University, told Sputnik.

According to the report, the number of homeless students during the 2017-18 school year was the highest ever recorded by the NCHE since it began collecting such data in 2004. The majority of homeless students said they had to live with friends or relatives, while more than 182,000 students said they were forced to live in shelters or transitional housing or were waiting for foster care.

“On the one hand, it’s interesting and revealing that we even have a National Center for Homeless Education, which is the institute that produced this study,” Ford, whose latest book is “Education and the Production of Space,” told Loud & Clear host John Kiriakou on Wednesday. “It really shows the serious crisis of housing and the serious economic crisis under capitalism, and it is something that’s only getting worse.”

One of the most shocking statistics in the report is that the number of students living without any shelter increased by 137% in the preceding three years. That means more than 102,000 students did not have any shelter at all during the 2017-18 school year.

“The study showed that the highest increase was in students without shelter. So, those who are sleeping in cars, in the parks, on the streets. So that number increased by 103% from the last school year. What’s interesting is that never factors in when [US President Donald Trump] or the mainstream media talks endlessly about how strong the economy is. There is never any mention of this, which is incredibly serious.”

Ford noted a related factor: “in the US, 1 in 5 children go hungry every single year. None of this factors into the mainstream education reform … that focuses solely on test scores and uses low test scores in public schools as a sort of weapon against those schools to close them and increase charter schools, which is ultimately a way to transfer public money for education into private hands,” Ford added.

The NCHE report also found that homelessness greatly impacts a student’s ability to learn. During the 2017-18 school year, only 29% of homeless students attained academic proficiency in reading, while only 24% achieved proficiency in math. Less than 26% of students in this subset achieved science proficiency.

“Being deprived of something so fundamental as a roof over one’s head leads to all sorts of problems. You can’t get a job if you don’t have an address to put down on the application. It’s hard to get identification … the effects aren’t just material, but they’re also mental, psychological, emotional. So, there’s an increased rate of mental health problems with people who are homeless. Drug abuse, addiction … the very state of homelessness produces these problems,” Ford added.

Another factor touched on by other studies has been the prevalence of LGBTQ people among the homeless population, especially homeless youth. According to one study conducted between 2011 and 2012, an astonishing 40% of homeless youth are LGBTQ - some 700,000 people - the result of being disowned by, or running away from, unsupportive families.