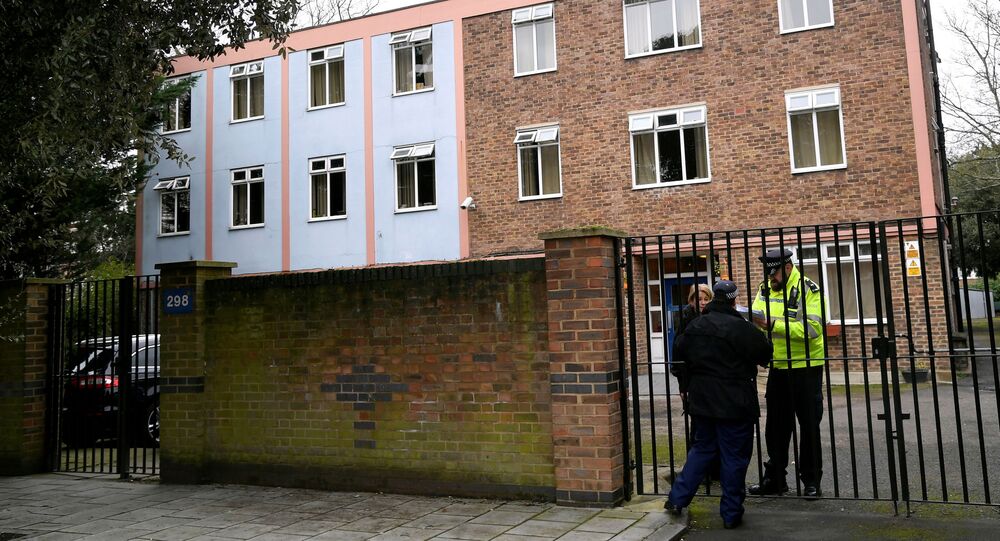 Reports have confirmed that the man, who was shot dead on Sunday in the London borough of Streatham after a spate of stabbings, had been released early from a prison sentence for terror offences.

Dr David Lowe, Senior Research Fellow at Leeds Beckett University‘s law school, believes that all three of the main parties in the UK bear responsibility for the legal failings that have led to the recent spate of terror attacks in the UK.

Sputnik: Will the Conservative Party be able to crack down on potential terrorists?

Dr David Lowe: I think because we’ve now had two examples of this: one from the thirtieth of November with Usman Khan, the Fishmonger’s Hall London bridge incident, and of course, now we’ve just had the Streatham incident, where both perpetrators were released at the halfway point of their sentence.

The one in November, there was still a general election that was ongoing in the UK, but it was last week that the British Home Secretary Priti Patel did say that the government was going to introduce a counter-terrorism bill, which will try and address this, and sort of have longer sentences for more serious terrorism offences, and basically scrapping the current legal position of having prisoners released at the halfway point, especially those that are dangerous.

Sputnik: Which recent British government could be deemed most responsible for the legal failings that have led to the recent spate of terror attacks in the UK?

Dr David Lowe: If you look at it historically, all three of the main parties in the UK, including the Liberal Democrats have got some responsibility.

The imprisonment for public protection law were introduced in 2003 in the Criminal Justice Act, and that was basically for those who were deemed dangerous, so the likes of the two that we’ve just been talking about, they would not be able to be released at the halfway point, they’d mostly serve out their full sentence, and even then they reviewed whether they were still safe to back into the public sphere. In 2008 that changed, so we’re talking about a Labour government there.

© REUTERS / Antonio Bronic
Aftermath of Stabbing Incident in London - Video
In 2012 we’ve got a Conservative and Liberal Democrat coalition, and they actually scrapped the imprisonment for public protection law, and the specialist parole boards that we use for terrorist offenders, and basically said that they should be released at the halfway point.

All three parties have got some culpability in some way historically, but quite clearly this current government is going to see if they can seek to address the issue.

Sputnik: How can the British government prevent people from becoming radicalised?

Dr David Lowe: One great thing that we have in the UK is the prevent strategy. It’s been much maligned, because historically it was introduced to deal with violent Islamist causes, but from 2011 it covered all causes, but we have to remember in the UK, it isn’t just Islamist inspired terrorism that is the problem, we also have the neo-Nazis.

The UK was the first country to prescribe right-wing groups as terrorist groups, and also in the UK, we have a terrorist threat level which is still severe in the North of Ireland, because of dissident republican activity over recent years.

© REUTERS / Antonio Bronic
Live Updates: Three People Stabbed in London 'Islamist-Related Terrorist Incident', Attacker Shot Dead
The British government must look at tackling the issue from three fronts; and one of the best forms I think, is using the prevent strategy, look at those who are on the periphery, try and help those who are vulnerable to being drawn towards terrorist activity, it’s pre-criminal, and it’s a multi-agency approach, it’s to help people.

It’s also active in prisons as well, because there is responsibility on those in the criminal justice system, including the prisons to look at those, there will always be those who are deeply imbued with their ideology, and I would say are beyond hope, but it’s about looking at those who are not that deeply imbued, and people can change, so that’s one way forward.