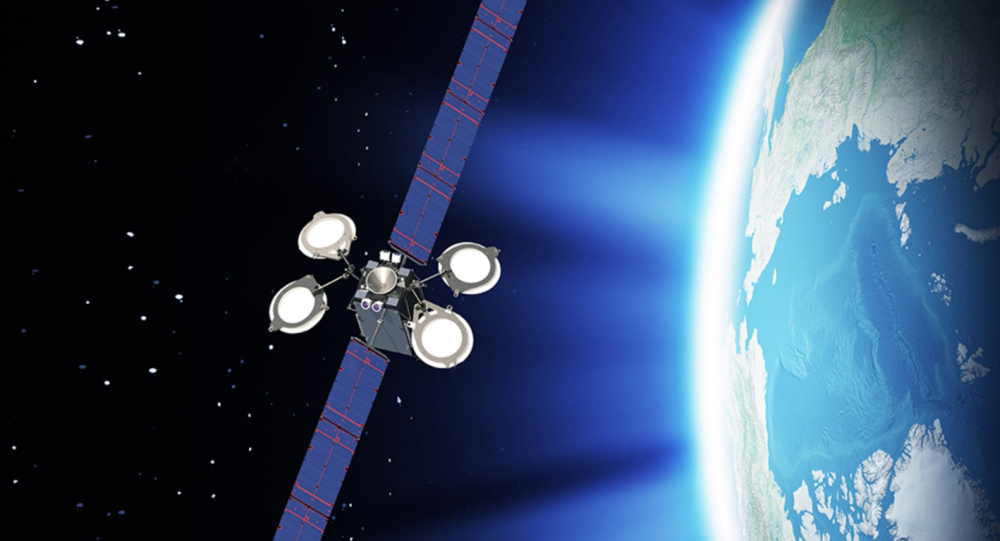 'Satellite Collision is a Clear and Present Danger' - Professor

Two satellites almost collided with one another over the skies of Pennsylvania on Wednesday, however, the two objects managed to cross paths without incident.

According to a representative from the US Space Command, experts predict that satellite collisions could become a common occurrence if non-operational satellites and space debris are not gathered and returned to earth.

Dr Gbenga Oduntan, Associate Professor of International Commercial Law at the University of Kent shared his views on how we could resolve this problem but, first, he explained just how much of a threat satellite collision is to the general public.

Sputnik: To the general public, how much of a risk is satellite collision?

Gbenga Oduntan: Collision is a clear and present danger in the world we have created for ourselves today. There’s no shortage of frightening statistics of what we have done around the atmosphere. We have, hurtling through space, nothing less than 23,000 pieces of space debris, including objects that are wider than the length of your average smartphone hurtling through space to the size of a building, hurtling through space as debris. Not controlled, no longer operational and that's not including the operational satellites. We have operational objects that we also still have many of which were fitted before the obligation to make them come back after 25 years. So maybe in the future, many of them will be automatically able to de-orbit and come back and not make themselves or be debris. But in the meantime, we have a situation where the vast majority of space objects are not operational and are simply there as debris. And we will get more and more of these instances.

Sputnik: What protections, if any, do we have in place for these potential collisions?

Gbenga Oduntan: With the promise of a new technology of being able to help us. There's talk that they'll be things like harpoons, giant magnets and nets that will be put in space to gather some of this debris. It will have to take the most intelligent part of our brains as human beings at space agencies to come up with solutions that like I said will gather debris the size of a phone, hundreds of thousands of them.

Space debris even include flicks of paint from previous accidents and minute particles floating in hundreds of thousands. We're not counting the ones that are below the size of a phone like I said. So cleaning it up will I suspect be a huge technological challenge.

Sputnik: So who do you think is going to lead the way with the technology?

Gbenga Oduntan: The good news is that institutions such as the European Space Agency say they will launch a space missions to remove debris from orbit in the next 15 to 20 years. Until that happens given the competing need for money and financial resources that are cut in the European Union in the international system, generally, I'm quite sceptical that mankind will have the presence of mind to invest in doing this.

However, there might be some good news, business knows that it's impossible to operate in outer space if their equipment is going to be damaged by accidents and that might encourage them to put their investments in that direction. So both good news and bad news, the technological capacity to reduce space debris is there, and we have to do it, but I think we've messed up our low earth orbit. And I think that is really workable and it is final, which is why the best options for us now is to prevent this from going on into the future and I'd love to see that happening.