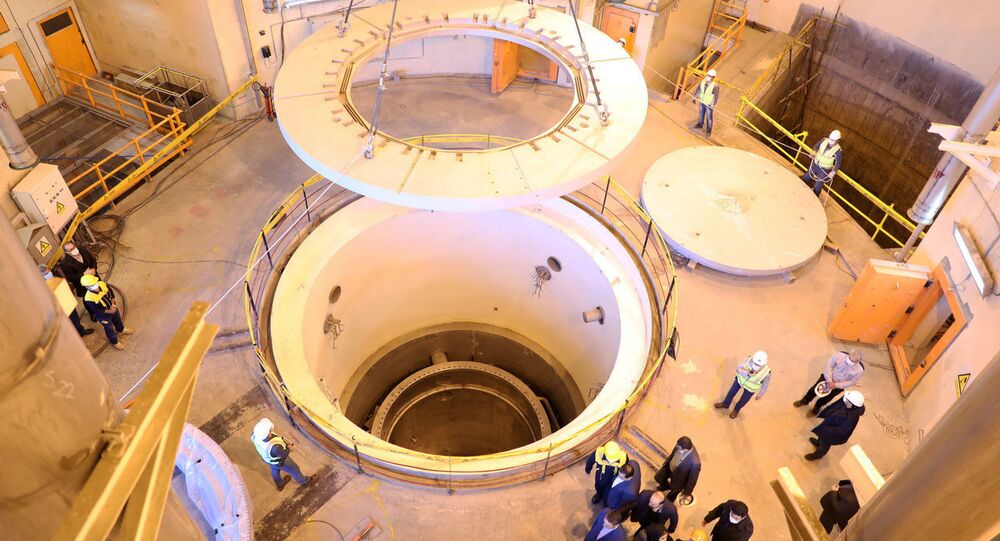 Israel doesn't believe the Iranian claims that their nuclear programme is peaceful, says an Israeli analyst. Although Israel has the right to defend itself, Ephraim Asculai still believes it would have been better if the two countries sat down for talks.

In two years' time, Iran will become nuclear and have the ability to build missiles capable of carrying weapons of mass destruction, an annual report of Israel's military intelligence said.

According to the assessment, if Tehran continues its nuclear programme at their current projected rate, it will have enough enriched uranium to produce one nuclear bomb by the end of the year, and missiles that can carry a nuclear bomb within two years.

This is not the first time that Israel warns of Iran becoming nuclear if certain measures are not taken.

In 2012, addressing the UN General Assembly, Israel's Prime Minister Benjamin Netanyahu warned that the Islamic Republic was months away from a nuclear bomb. Basing his claims on an assessment by Israeli intelligence, the PM said that Iran has passed the stage of enriching low-enriched uranium and is now working towards a nuclear weapon.

Similar claims have been made by the former head of Israel's spy agency - the Mossad, Ephraim Halevy, who warned that the Islamic Republic could get a bomb in 2013.

This time, however, it is different, believes Ephraim Asculai, a senior research associate at Israel's Institute for National Security Studies and a man who has been working for the country's Atomic Energy Commission for over 40 years.

"In the past Iran was bound by the Joint Comprehensive Plan of Action (JCPOA), which kept Tehran under certain boundaries. For example, it couldn't enrich uranium beyond 3.6 percent and it couldn't accumulate more than 300 kg of the material. Now these restrictions are gone".

Following the killing of one of Iran's top commanders, Qasem Soleimani, in a US airstrike in the beginning of January, the Islamic Republic announced that it would no longer honour its commitment to limit its uranium enrichment programme, stepping away from the deal that it agreed to in 2015.

And Asculai says Israel should not take these moves lightly. "Iran has been saying day and night that it wants to destroy Israel. So when that same Iran wants to acquire nuclear weapons, it becomes dangerous. If you are an Israeli, you should be worried".

© AFP 2021 / Ahmad Al-Rubaye
Israel Accused of Striking Pro-Iran Militia’s Depots in Syria - Reports
In the past, however, Iran claimed its nuclear programme was peaceful and that weapons of mass destruction were not an option, not only because the notion negated Iran's defence doctrine, but also because it went against the principles of Shiite Islam.

But Asculai remains sceptical. "Their written documents speak for themselves, while their nuclear scientists and engineers will do everything their bosses will tell them to".

Over the years, Israel has allegedly taken several measures to sabotage Iran's nuclear programme. First it was Stuxnet, a vicious computer worm uncovered in 2010, which is believed to have caused substantial damage to Iran's nuclear facilities.

Then it was the targeted killing of several high profile Iranian scientists, who were reportedly eliminated by Israel's spy agency the Mossad, allegations that Tel Aviv has never confirmed or denied.

More recently, it was the smuggling of over 100,000 documents from a warehouse in Tehran, a move that's believed to have hampered the Iranian path towards a bomb.

Although Asculai believes Israel has the right to defend itself, he says it would have been better if the two countries sat down for talks. The problem is, says the expert, that Tehran doesn't seem to be interested.

In the wake of Soleimani's killing, millions took to the streets across the Islamic Republic, chanting anti-US and anti-Israel slogans and burning the flags of both countries.

However, it hasn't always been like that. Before the eruption of the Islamic Revolution in 1979, the two countries - that shared the common enemy of Arab nationalism - enjoyed tight military and intelligence cooperation.

Iran under the shah was the second Muslim country (after Turkey) to recognise Israel when it was established in 1948 and played a pivotal role in helping the newly formed state to overcome the crippling Arab boycott aimed at defeating Israel economically.

Even more so, the two countries, which do not have common borders, nor mutual claims towards one another, have never fought any wars, unlike other Muslim states that have sent their military personnel to assist the Palestinians in their effort to combat Israel.

© AFP 2021 / Thomas Samson
Israel and Iran Have Been Waging a Secret War – German Media
The Islamic Revolution brought this special relationship to an end, with Iran not only cutting off ties with Israel, but also vowing to fight for the Palestinian cause and liberate Jerusalem from its occupiers.

For Asculai, this doesn't make any sense.

"Iranians certainly don't hate Israel. It is not engraved in their genes, and frankly speaking, I don't think they care that much about the Palestinians. Every revolution needs an enemy so the Iranian regime simply uses Israel to unite the masses and divert attention from their inner problems".