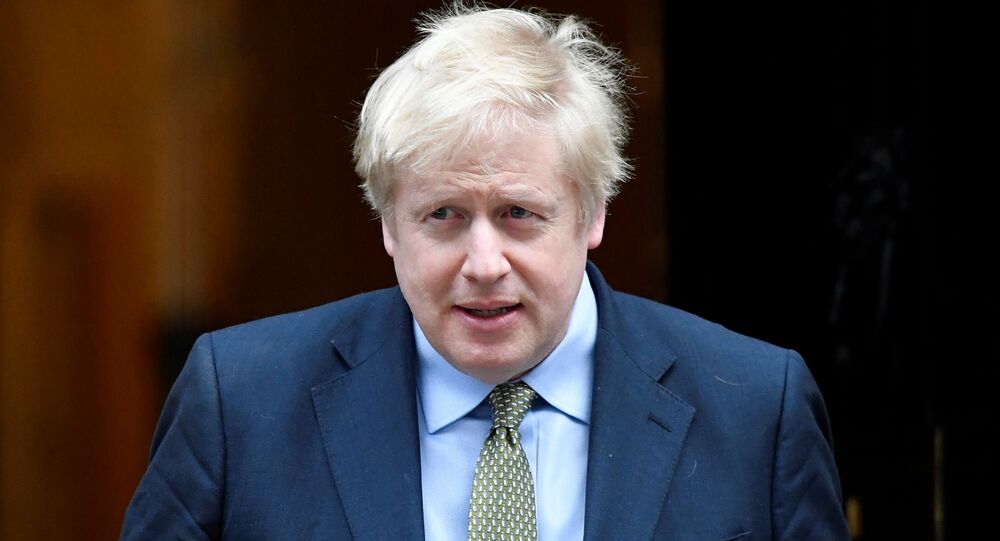 UK Prime Minister Boris Johnson is gathering key ministers for crisis talks with regard to the current US-Iran standoff. Bashdar Ismaeel, a political analyst with a focus on Kurdistan, Iraq, Turkey, Syria and the Middle East, expressed his opinion about current developments.

Sputnik: Boris Johnson is gathering key ministers for crisis talks with regard to the current US-Iran standoff. How will Washington and London cooperate in terms of this crisis? What rhetoric should we expect from other European countries?

Bashdar Ismaeel: So as the story goes, Boris Johnson wasn't aware of the decision for the airstrikes on Friday morning. So the UK was a little bit caught by surprise. The UK has troops in Iraq. The UK is still a key part of the coalition against the Islamic State*. So it's in a bit of a difficult situation in that regard because it doesn't have that anti-Iranian stance in the same way as the US does. You'll notice within, for example, a nuclear deal where Trump was very quick to pull out of the deal, the UK and other EU partners, for that matter, were a bit more reconciliatory. So this really puts the UK in a very difficult position with the US. On one hand, it doesn't inflame tensions by taking any action to make matters worse. On the other hand, it can't abandon Trump, so it has to be seen somewhat in supporting Trump. But I don't think that the actions taken by Trump have really gotten the support of the UK or other Western allies. Yes, there is a general agreement to make sure that they contain the current influence that Iran has over the Middle East, over Iraq, Lebanon, Syria, and obviously there's a feeling that they have to give some kind of action towards Iran. So it doesn't sort of continue these sort of attacks as it did on Saudi Arabian oil facility or those drone attacks on some ships. But the killing of a such a big name general I don't think has got the support of the UK.

Sputnik: Yesterday the Iraqi parliament vowed to end the foreign military presence in the country. What does this decision mean for the US and its allies in the region?

Bashdar Ismaeel: It shows how divided Iraqi politics are at the moment. You have to realize that Iraq is placed into a difficult predicament. On the one hand, Iraq has got its own problems and Iraq isn't doesn't have that sense of unity, doesn't have that sense of nationalism. So if you look at the protests of the moment, there is a lot of polarization within Iraq itself. And a lot of polarization is owed to the massive influence Iran has on Baghdad. That influence started in 2003 and has grown a lot in the last two or three years. So, yes, you could say that the lawmakers have sort of passed legislation to remove US forces. But I don't feel that this is going to have the support of all the Iraqi factions. I think there is some pro-Iranian factions that obviously have a prominent voice in this position. But the other day, you have to remember, you have the Kurds in the north. You have the Sunnis and you have some Sunni factions that are also against the heavy Iranian influence. So whereas the killing of General Soleimani is going to obviously make a difficult situation for the US and Iran, it also is going to place Iraq into a very difficult predicament going forward. It has its political problems. It has social problems. It has a sense of disunity. And the decision to oust the US is just going to make matters worse for Iraq, because as you may have read what Donald Trump said, if they do leave and I think it's a big if at the moment - it takes a year for the resolution, it was nonbinding, even if they decide to evict US forces, it takes time for the withdrawal – there’s a notice period. But importantly, the US is also going to make Iraq pay, which just puts the whole Middle East into a game of sides. Which side do you want? Are you on my side or are you on the Iranian side? And for a country like Iraq, that's the last thing they need to be in right now - is in a standoff with America, a standoff with Iran. So I have noticed a lot - even the Kurds, for example, have been very muted somewhat. On the one hand, they have good relationships with the US, on the other hand, have good relationships with Iran. So I just feel that Iraqis right now really don't know which side to lean on. Say goodbye to the US with all the problems that it can bring because the US is giving a lot of aid, a lot of training to Iraqi forces. And let's not forget that if it wasn't for the US airstrikes and the huge amount of investment that the US made, the Iraqi army collapsed after the assault of the Islamic State. So long story short, Iraq can make a decision to evict US forces, but it will also bring a lot of long term ramifications in Iraq as a result.

Sputnik: And what is the way out of this situation - in Iraq and in general?

Bashdar Ismaeel: In general, there's a lot of signs that are calling for de-escalation at the moment, especially in the UK and EU partners. The same goes with the likes of Russia, for that matter, and China. They've obviously urged Iran not to go against the agreement, the nuclear agreement. So Iran has to take some kind of a reaction. It can't just have empty threats. It's not going to go to war with the US. Iran's number one goal, since the 1979 Islamic revolution is its survival. Its goal isn't here to confront the US and to go to war, to make a situation that is not sustainable for them. I think that's worth mentioning here. At the same time, they can't sit idle. So I see a lot of proxy attacks will increase. It won't be direct Iranian attacks on American interests. But I see that the pro militia forces in Iraq especially will continue to attack US forces and make their stay, if they do stay, extremely difficult. Which places, again, America into a position where they have to retaliate against these pro-Iranian militia. Same goes with Syria. Let's not forget there is a US presence in Syria. So I see a lot of tit for tat that's been ongoing for the last year, like drone attacks on ships. But I don't think it will go to full-blown out war because, quite frankly, neither side can afford it. But if I said which side can least afford it, it will probably be the Iranian government.

In terms of Iraq itself, for a lot of the Iraqis, Iran is one problem to Iraq. Of course, there's a lot of these Shia parties that have historical affiliations with Iran. That is not going to go away. So the more that the US does, in the end, stay in Iraq, the more that these forces and these factions that are loyal to Iran will increase attacks. For any semblance of unity in Iraq itself at some point or another, the US has to think about withdrawal, not necessarily because Iraqis ask them, but for their own strategic interests. The last thing you want to be is in a location where you feel that your presence is negative. You feel that your presence is going to provoke more situations. Trump has already said, like in Syria, that he wants to get out of the Middle East. I can't help but think about the presence between 2003 and until the time when the US forces left under Barack Obama. Let's not forget there were thousands of US forces. They say in the end they left without achieving most of their goals to stabilize Iraq. Iraq isn't the problem that will be resolved by having a few thousand American troops. Whilst America goes and if and when they do go, Tehran influence's on Iraq is here to stay. Let's be very, very honest. That is not going to diminish in power. It won’t diminish full stop. The reason being is you have this massive influence that Tehran has over Baghdad. You have a lot of Shia population. So I see I see that Iran is going to increase its influence on Iraq. It's going to increase its pressure on those progressive militia, like I said earlier. And it's increasingly make moves that would just make the US presence intolerable. Either the US decides to go itself because it faces so many attacks like it did about seven or eight years ago, before they had the last withdrawal or the Iraqi government says, please, please leave the country. But either way, it would be Iran calling the shots in Iraq as I see it.