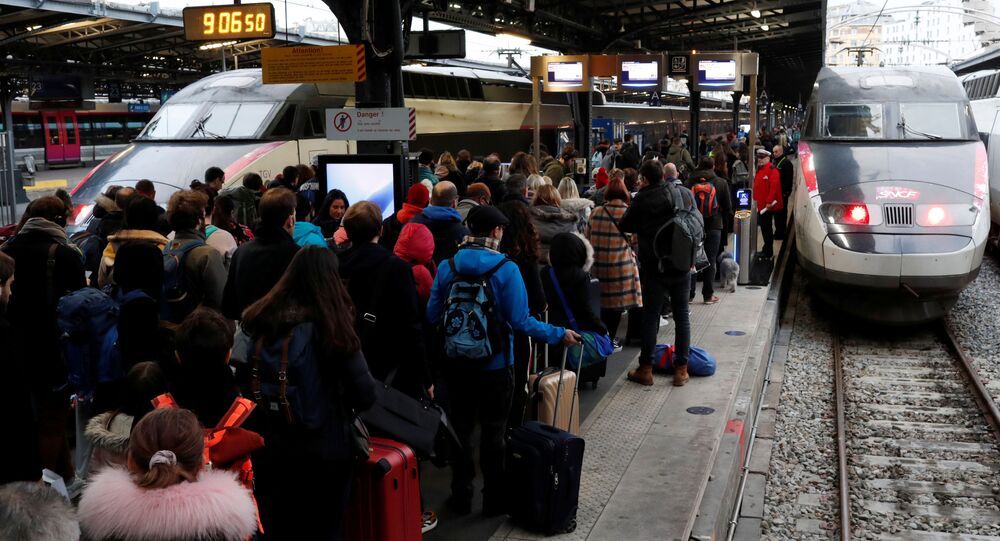 How Much Does Striking Cost the French Economy?

The strike in France has been raging for 21 days already; the protests went on even during Christmas, the main holiday of the year. Can we compare it with the big strike of 1995?

The SNCF, France's national state-owned railway company, announced that every day, a strike costs about €20 million due to loss of earnings on ticket sales. But what about other industries?

In macroeconomic terms, the effects of the strikes are relatively minor.

"It is still too early to speak of the real consequences of the strike. We can only estimate the scale compared to previous strikes. The Yellow Vest movement resulted in losses of 0.1% of GDP, given that protests took place only once a week. During the 1995 strike against the pension reform, when the protest movement was very strong and very penalising for the French economy, the shortfall was estimated at 0.2 points of GDP. So at the macroeconomic level, the losses are relatively small", analyst Charles Sannat explained.

"Even if the SNCF later launches more trains to somehow compensate for the lack of connections, the effect will be relatively limited in this particular case. Take the example of the Christmas period – it's the height of the holidays now, many people cannot spend Christmas with their families, and there is little chance that they will visit their families in two weeks when the holidays end and they will have returned to work. So, the SNCF will undoubtedly suffer losses, which will show up in the company's end of year accounts".

As in 2018, these losses are due to the fact that many travellers have given up on the idea of taking the train. In fact, the trade, hotel and catering sectors are also hit hard. Their representatives reported a drop in turnover ranging from 30% to 60% in mid-December. This is a "disaster", according to President of the National Association of Independent Workers Marcel Benezet.

According to Charles Sannat, trade and tourism suffer mainly from a change in consumers' behaviour, who increasingly resort to online shopping and therefore less and less often go to real stores, which affects some businesses.

The Paris Chamber of Commerce and Industry noted a 30% to 50% drop in activity in Paris stores during the first week of the strike. In mid-December, the mayor of Paris, Anna Hidalgo, demanded that business people in Paris be compensated for the losses.

In response, the government reactivated the measures used during the Yellow Vests movement, namely the postponement of the tax payment dates. According to Laurent Maillard, a representative of the La République En Marche party in the French National Assembly, "thanks to this delay, companies will have free working capital during this somewhat difficult period".

"A global change in consumer habits is seen in the tourism sector and transport services. If you have to choose between an ugly hotel overlooking a busy highway for €80 per night and an Airbnb apartment in the city centre for the same price, you already know what you’re going to choose. Hotels may complain, but why do they complain? Do they complain because of strikes or because they, like other sectors, are facing global changes in consumer habits that are difficult and sometimes even impossible to adapt to?"

"You can explain to people that this is an economic disaster, just as you can take a close-up of burning trash and say that absolutely terrifying things are happening and that the Yellow Vests are hordes of bloodthirsty zombies that destroy everything around and will turn Paris into rubble. And you can say it just filming a burning trash can. It's been going on for a year, and all this is terribly tiring. How is it going to affect public opinion? In a sense, people don’t care. Everything will depend on how this information will be covered in the media".

© REUTERS / BENOIT TESSIER
Jerome Rodrigues, one of the leading figures of the yellow vests movement, applies an icepack on his eye after he was injured during a demonstration after 24 days of strike against French government's pensions reform plans in Paris, France, December 28, 2019.

"Those who benefit from this, benefit from a global shift in consumer habits. This is very important in macroeconomic terms; these are not minor changes or minor shocks. I am not saying that a strike is an economic pleasure for everyone. There are people who suffer greatly from strikes; but in macroeconomic terms, it is not important, but the fact that a global change of behaviour is taking place. We can see this change of behaviour in transport services. Today, drivers may benefit from this, but the situation will change when unmanned vehicles appear on the market".

Charles Sannat admits that the strikes are inconvenient, but this is precisely the strikers' goal – if a strike doesn't lead to significant losses for the opposing camp, the strikers have no chance of being heard.