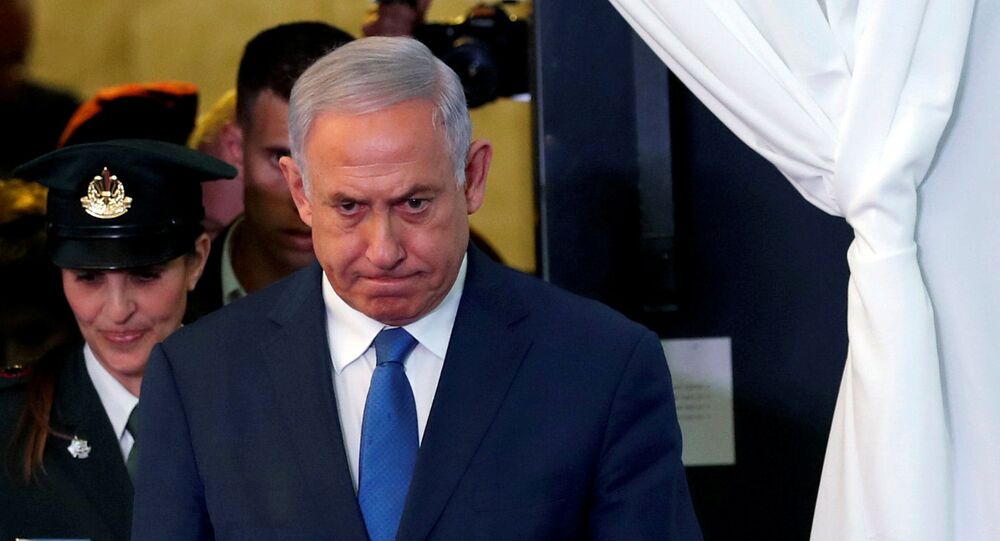 More than a hundred thousand Likud members will cast their ballots at over a hundred polling stations on Thursday, in a vote that will determine who will lead Israel's second-largest party to the country's general vote, set for the beginning of March.

Netanyahu is preparing to go head-to-head with another candidate for the first time in five years. In 2014, he ran against Danny Danon, who now serves as Israel's ambassador to the UN, gaining some 85 per cent of the votes. Now, however, the battle promises to be tougher.

While Netanyahu, Israel's "Mr Security", and the man responsible for transforming the country's economy into a free market, needs little introduction, his rival - the former interior minister - is less well-known.

Gideon Saar's name is primarily associated with several social reforms he introduced. These include the decision to extend maternity leave for women, and introducing paid sick days for parents absent from work due to their children's illnesses.

Saar is also known for playing a pivotal role in increasing the education budget, boosting teachers' salaries and his iron-fist approach towards African asylum seekers, launching the Holot detention facility which caused an uproar among numerous human rights groups but received much praise from right-wing circles in Israel.

But for Netanyahu's supporters, he will always be remembered as the man who dared to challenge the premier, after in 2014 he hampered Netanyahu's attempts to put an end to the institution of the Israeli presidency, and as a man who called on the Prime Minister to step down following the Attorney General's decision to indict him.

This is why Saar doesn't get a lot of backwind from his party. Nir Barkat, a man who just recently ran Jerusalem's municipality and who joined the Likud in 2015, accused the former interior minister of matching positions with the left to oust Netanyahu from office.

Another key Likud member, Israel's minister of culture and sports Miri Regev has also slammed Saar, calling him a traitor who wanted to split the party and catalyze the rule of the left-wing.

But the Israeli public does promise to give him support in the country's general elections if he ends up beating Netanyahu. According to a recent poll by Makor Rishon, a news website associated with the right, Likud under Saar is projected to get 30 out of 120 seats in the Israeli parliament. In comparison, if Netanyahu wins the primaries, he is expected to take 34 seats.

And this is precisely the reason why Netanyahu is scared.

Netanyahu has failed to form a coalition twice, prompting the third round of elections in under a year. However, Saar is seen as somebody who can manage to form a government, despite his inability to gather enough votes to make Likud Israel's biggest party.

Benny Gantz, former army chief and the person who heads Israel's largest party - the Blue and White - has said on a number of occasions that he will be more than willing to sit in one government with Saar.

Netanyahu, on the other hand, not only will lose his premiership but will also be vulnerable in the face of a trial.

For the time being, Netanyahu who enjoys the support of the vast majority of Likud members can rest assured that he will be re-elected as the party's head, but the gap between him and Saar is growing.

So far four members of the Knesset from the Likud party have expressed their open support for Saar.

But his supporters promise that they have more rabbits to pull out of the hat and that they will come out during the primaries on Thursday.