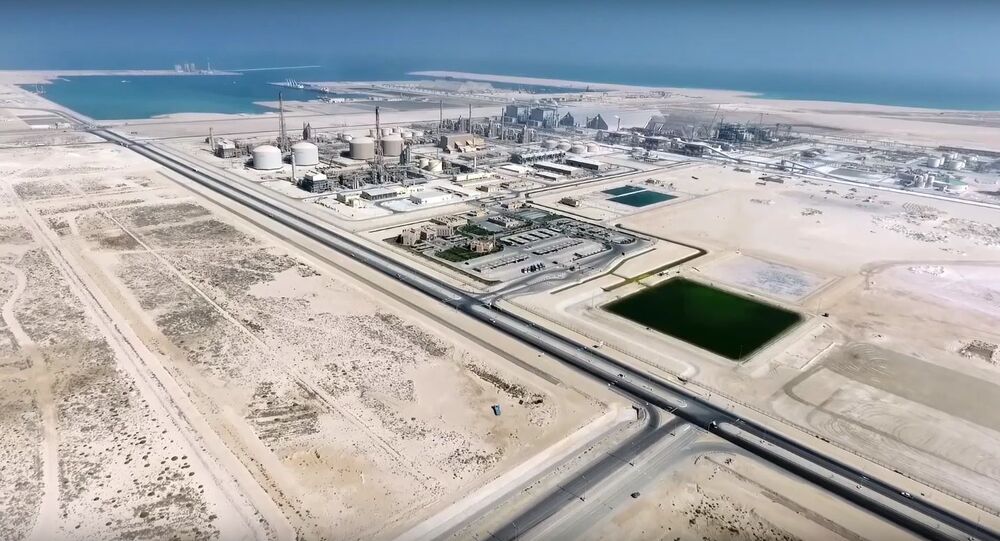 The development of Jubail Industrial City is in line with Vision 2030 — a strategic plan backed by Crown Prince Mohammad Bin Salman Al Saud. The plan aims at differentiating the economy from dependence on oil to a more industrial and innovative society. The plan aims to open up Saudi society and integrate the country into the global economy.

Dr Ahmed Al Hussain, General Manager of Investment at the Royal Commission for Jubail and Yambu of the Kingdom of Saudi Arabia spoke about Kingdom’s national economy and other issues.

Sputnik: What revenue are you expecting from this project and boost to infrastructure? How will the project influence the economy and the global market?

Dr Ahmed Al Hussain: The commission has been established to fulfil one of the Kingdom’s goals - to utilise its natural resources, which is associated gas and to utilise it by holding a complete investment model around it - by establishing Jubail and Yambu cities to utilise this gas by doing a petrochemical industries with complete downstream chain until the final product, which will be used in all the hi-tech applications - in cars, ships, electronics and home appliances, mobiles and all others. Today, this project have been established and the blend in 1975, started with that, and it was started with execution in 1977 - by building these two cities.

These two cities are not an industrial zones, it’s industrial cities. They consist of industrial zone and residential community - colleges, institutes to gain the human resources to be able to work in this industries. It's a story of success over the last 45 years - of bringing this investment. Each capital investment have been spent by the country have been coming with a foreign of investment from the private sector, or foreign investment by aid,  and you can imagine that 10 percent of the petrochemical manufacture in the world is coming from the city. It is that engineers dream, as they say, because this will establish in a good master planning and the best optimum solution in that engineering solution in developing and blending industrial cities. In this city, for example, Jubail and Ras al Khair, Ras al Khair is its brother but in the mineral industrial application.

Both of them are producing, four point two percent of national GDP. And you will find that all the industries which is the best material for shipbuilding or kind of manufacturing produced in this two cities. Ras al Khair also it's brother city 80 km away from Jubail, and it's covering all the mineral based industries, started from aluminium, phosphate,  zinc and steel, which is the basic industries until the last room, until the final bullet, which is you will find it in your car or your mobile.

Sputnik: What about global market?

Dr Ahmed Al Hussain: Actually, the majority of the products, which is the final products, reduced to the global market and portion of it goes to further manufacturing in other cities in the Kingdom. It is one of the major contribution for the international economy and it's a ground base for the better chemical industries and the mineral industries today in the world. For example, when you visited Ras al Khair you would find that Jubail, for example, their aluminium products is from Maaden aluminium, and also phosphate from Ras al Khair is awarded trademark in the economy. In Jubail -  all the big companies, which is in the petrochemical business in the world, is existing Jubail in every investment. And they’re producing a big portion of the production there, with a complete environmental solution, of course. The Royal Commission is having the highest concern in environment. And you can see how we are ensuring that the environment is one of our immediate concern. Actually, we enhancing the environment, for sustainability - was established in the principle of planning this city, engineering, execution and operating.

Sputnik: How will this changes in the infrastructure influence the petrochemical production of the country?

Dr Ahmed Al Hussain: Of course, Royal Commission is an enabler for those industries. The government of Saudi Arabia assign that rule of Royal Frontier Commission to put the infrastructure, education system, infrastructure on the ground, industrial utilities, which will let that industry focusing in their core business, which is building the factory and the production. In addition to the feedstock, availability. It's a major enablement for these industries to exist for that. The government spent one Riyal, for example - it's coming with a capital investment of eight to 16 riyals a week.

Royal Commission have been expanded to Jubail too.

Sputnik: How does this changes impact local population and workers?

Dr Ahmed Al Hussain: Because it's based on the business planning between the need for the industries and their deployment, the human resources and the capital, and also having quality of life for those who will live in Jubail. And you will find that the population of the city grows, according to the plan.

Sputnik: Is this the unique project?

Dr Ahmed Al Hussain: Actually, there are, of course, a lot of countries which have industrial zones, but to have an industrial city with approximately an area of one tells us 16 square kilometre, and then to have a one government entity to be responsible and representing all the government bodies, then to have a one stop shop. This is from 1975 as something unique. And you can find this one of the largest engineering projects to exist or plan exist in the world today.