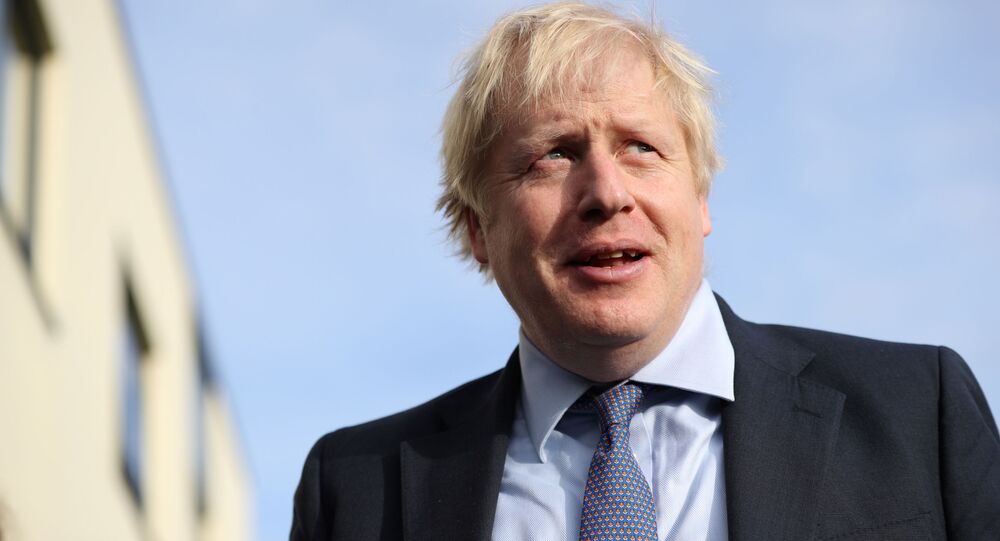 The Queen has set out the Conservative government’s plans and re-opened the House of Commons following last week’s general election. Among the top priorities for British Prime Minister Boris Johnson will be to finally deliver Brexit, invest in the NHS and slash the country’s soaring crime rates.

Political commentator Mandy Boylett has outlined her views on whether Boris Johnson will be able to deliver his election pledges.

Sputnik: Will Boris Johnson be able to deliver on his campaign promises in 2020?

Mandy Boylett: He’s got a massive majority, so he’s going to be able to deliver Brexit, in terms of his bill will pass through parliament. I know Guy Verhofstadt has said that he is concerned about the rights of EU citizens in the UK, but as far as I am aware; the rights of EU citizens will be protected by registering for settled status by filling in a form, so that seems like quite a reasonable offer, I don’t think that the EU have offered UK citizens abroad anything as of yet, so I think that the Brussels bureaucrats are just clutching at straws really.

The question is whether Boris Johnson’s deal will be passed in the EU’s parliament, after being passed in the British one? it would be amazing if the European Parliament, after everything that’s gone on with Brexit, and after having negotiated it with the UK, if both sides said “right let’s have this deal”, if they voted against it; that would be quite something, so I don’t think that’s going to happen.

In terms of the promises that Boris Johnson has made about spending on the NHS; he’s actually putting it into law, so unless a future Tory or Labour government would change that to remove it, then it will happen, but the question is where will the money come from? It can either come from taxation, or it can come from borrowing and I guess that depends how well the economy does.

Sputnik: Is a no deal Brexit still possible?

Mandy Boylett: The British government has been preparing all the while, the preparations never stopped. Boris started the preparations when he got into power and he’s still preparing now, but I don’t think it will happen and I think that there will be a deal, I think he is putting into law that the transition period will end at the end of2020 just to crystallise the notion that it’s in everybody’s interest that we get a deal, we want a free trade deal and we want to guarantee EU and UK citizen’s rights across Europe.

We’ve already agreed to pay them this thirty nine billion, which I think is not really necessary; but that was Theresa May’s ploy and we can’t get out of that now, but now that’s been agreed I don’t think there will be a problem with the deal because the EU will still want that money, and of course they won’t get it if there is no deal.

Sputnik: How much of a disaster would a Jeremy Corbyn government have been for the UK?

Mandy Boylett: I was so relieved I could have cried. For me it was absolutely wonderful that he was beaten even though I thought that he’d be beaten anyway, but you still worry beforehand as the opinion polls had mixed predictions, but when it happened I was over the moon.

In terms of getting rid of him; he’s one of these guys who just doesn’t want to let go of parliament, he should have resigned straight away and when he says he will stay for a period of reflection, what he means is a period of skewing the next poll so that he can put somebody similar to him in power.

If they get somebody like Corbyn in power again; then it’s not really going to help and it’s very difficult for the more moderate MPs to get a foothold, and Tony Blair who has been the only Labour Prime Minister in the last forty years, is effectively a swear word in the Labour Party, yet he had more moderate policies and was more centre left, that sits well with the country, the UK doesn’t want a Marxist in power.

As for the anti-Semitism; even the moderate MPs stood by and tried to get him elected when they knew he was an anti-Semite, so I think that they could do with somebody completely different. If I was a Labour voter and wanted Labour to get in and to be taken seriously, I’d be backing somebody like David Miliband, he’s like the guy that should have got it, but he didn’t and got stabbed in the back by Ed, but I think that somebody like him would be far more electable than the current crop.